Home > News > Culture > Why so many communist philosophers?

Why so many communist philosophers?

Santiago Zabala is ICREA Research Professor of Philosophy at the University of Barcelona. His books include The Hermeneutic Nature of Analytic Philosophy (2008), The Remains of Being (2009), and, most recently, Hermeneutic Communism (2011, coauthored with G. Vattimo), all published by Columbia University Press.
The destructive nature of neoliberalism has prompted many philosophers to reconsider communist idea 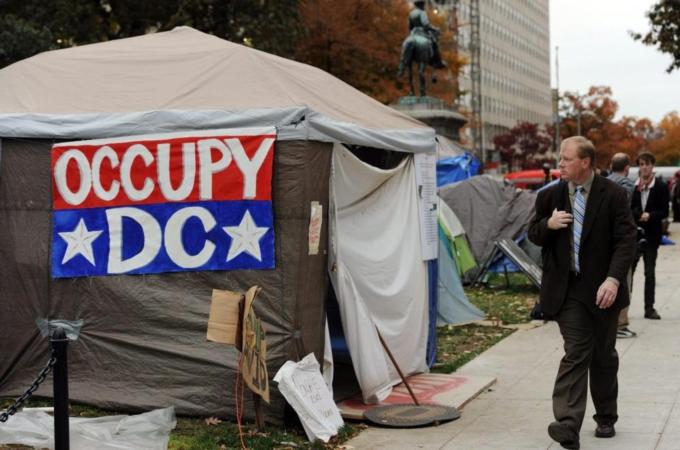 The 2008 financial crisis has sparked renewed interest in the writings of Karl Marx, says Zabala [EPA]

Barcelona, Spain – Reading and writing about Karl Marx does not necessarily make you a communist, but the fact that a number of distinguished philosophers are reevaluating Marx’s ideas certainly means something.

After the autumn 2008 global economic crisis, new editions of Marx’s texts returned to our bookstores accompanied by a large number of introductions, biographies, and new interpretations of the German master.

While this resurrection was undoubtedly caused by the financial meltdown allowed by our democratic governments, Marx’s revival among philosophers is not as simple a consequence as many believe.

After all, in the early nineties the great French philosopher Jacques Derrida anticipated this return as a response to Francis Fukuyama’s (self-proclaimed) “neoliberal victory” at the “end of history”.

Against Fukuyama’s predictions, the Occupy movement and the Arab Spring demonstrated that history calls once again for a new beginning beyond the economic, neoliberal, and international paradigms we live in. A number of renowned philosophers (Judith Balso, Bruno Bosteels, Susan Buck-Mors, Jodi Dean, Terry Eagleton, Jean-Luc Nancy, Jacques Ranciere, and others), led by Slavoj Zizek, have began to envision how such beginning would look in communist terms, that is, as a radical alternative.

This took place not only at successful conferences in London, Paris, Berlin, and New York (which were attended by thousands of academics, students, and activists) but also through such best-selling books as Toni Negri and Michael Hardt’s Empire, Alain Badiou’s The Communist Hypothesis, and Gianni Vattimo’s Ecce Comu. Although not all these philosophers consider themselves communist – at least, not in the same way – the fact that communist thought has been at the centre of their political research permits us to ask why there are so many communist philosophers today.

Clearly, at these conferences and in these books, communism was not proposed as a programme for political parties to repeat previous historical regimes but rather as an existential response to the current neoliberal global condition.

The correlation between existence and philosophy is constitutive not only of most philosophical traditions but also of politics in its responsibility for the existential well-being of humans. After all, politics is not supposed to be simply at the service of everyday administrative life but also to provide a reliable guide for everyone to fully exercise existence. But when these and other obligations are not met, philosophers tend to become existentialist, that is, to question and propose alternatives.

This was the case at the beginning of the last century when Oswald Spengler, Karl Popper, and other philosophers began to warn us of  the dangers that come from a blind rationalisation of all human realms and an unfettered industrialisation of the world. But politics, instead of resisting such human industrialisation, followed its logics with devastating consequences, as we well know.

But today, things are not that different if we consider the latest effects of neoliberalism – apart from our current financial crisis,  where differentials in material well-being have never been so explicit – slum populations are growing by an shocking 25 million people a year, and the devastation of our planet’s natural resources is causing dire ecological consequences throughout the world, and in many cases it is too late to correct.

Because of this, a recent UK Ministry of Defence report predicted not only a resurgence of “anti-capitalist ideologies, possibly linked to religious, anarchist or nihilist movements, but also to populism and the revival of Marxism”. This revival of Marxism is a direct consequence of capitalism’s existential annihilations.

Although the word “communist” has acquired innumerable different meanings throughout history, in today’s public opinion it is not only considered a remnant of the past but also imagined as a political system where all cultural, social, and economical components are controlled by the state.

Although this might be the case in China, Vietnam, and North Korea, for most philosophers this meaning is not only outdated but also stands in sharp contrast with their existential justifications for its revival. As Zizek put it, if state communism didn’t work, it’s primarily because of the “failure of anti-statist politics, of the endeavour to break out of the constraints of State, to replace statal forms of organisation with ‘direct’ non-representative forms of self-organisation.”

Communism, as the antistatist realm for equal opportunities, today has become the best idea, hypothesis, and guide for nongovernmental or stateless political movements, such as those that arose from the protests in Seattle (1999), Cochabamba (2000), and Barcelona (2011).

Although each of these movements fought for different specific causes (against injurious economic globalisation, the privatisation of water supplies, and harmful financial policies) their enemy was the same: democracy’s system of property distribution through capitalism’s private impositions.

As the increasing poverty and slum populations demonstrate, this model has left behind all those who do not succeed within them, generating new communists.

In sum, while Negri and Hardt see in the “common” (ie, where private and public immaterial property can be held in common) and Badiou in insurrectional experiences (as that of the Paris Commune), the possibility of nonstate “forms of self-organisation”, that is, of communism, Vattimo (and I) have suggested looking to the new democratically elected leaders of Venezuela, Bolivia, and other Latin American nations.

If these leaders have managed to enact communist policies without violent insurrections, it isn’t because of their theoretical or programmatic strength but rather their weakness.

Contrary to the “scientific socialism” agenda, weak (or hermeneutic) communism has embraced not only the ecological cause of degrowth but also the decentralisation of the state bureaucratic system in order to permit independent counsels to increase community involvement.

It should not come as a surprise if many other philosophers, now made communist by the destructive actions and life-destroying policies of neoliberalism, also see the alternative this region offers, especially because the Latin American nations have demonstrated how communist access to power can also take place through the formal rules of democracy.

Santiago Zabala is ICREA Research Professor of Philosophy at the University of Barcelona. His books include The Hermeneutic Nature of Analytic Philosophy (2008), The Remains of Being (2009), and, most recently, Hermeneutic Communism (2011, coauthored with G. Vattimo), all published by Columbia University Press.

The views expressed in this article are the author’s own and do not necessarily reflect Al Jazeera’s editorial policy.