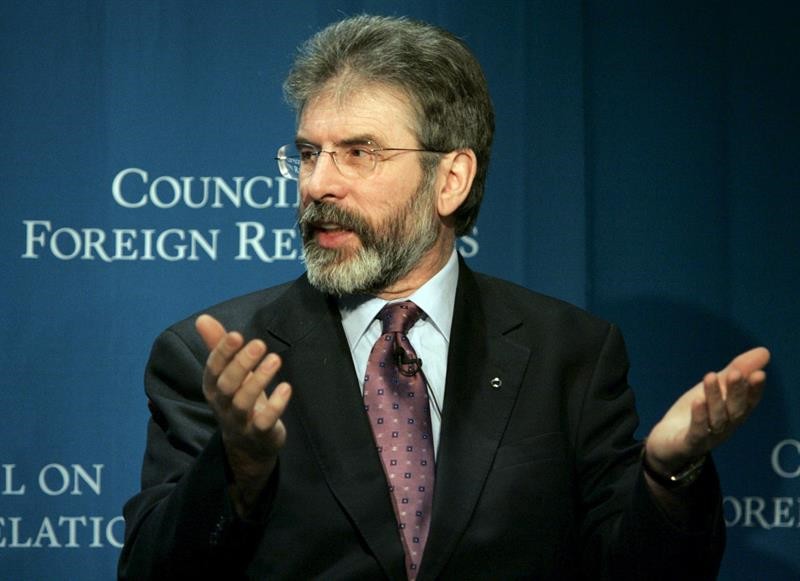 Sinn Féin launched “A People’s Pact”, in Belfast.
The election advertisement which states that the party wants “equality not austerity” was unveiled at Belfast Castle.
Speaking at the press conference to present the billboard, which is summarizing the party’s election manifesto in a slogan, Sinn Féin president, Gerry Adams said that “Any parties which contemplate endorsing or supporting a cabinet of millionaires who are behind budget cuts, cuts to public services and cuts to social protections are ignoring the needs of the people in favour of narrow self interest.”

Here you can watch the press conference at the launch of the “People’s Pact”.

Questioned over whether his party might be tempted to take their seats if it came to down to three or four seats, he said Sinn Féin would not reverse their position. “All of this is a distraction,” he said.
While speaking to the BBC, Mr Adams reiterated: “We are active abstentionists.”
He stressed that there were no moves to discuss the party policy of boycotting the House of Commons chamber.
“The party is very settled on this issue,” he added.