Independence in a time of crisis – The Global Rights Project 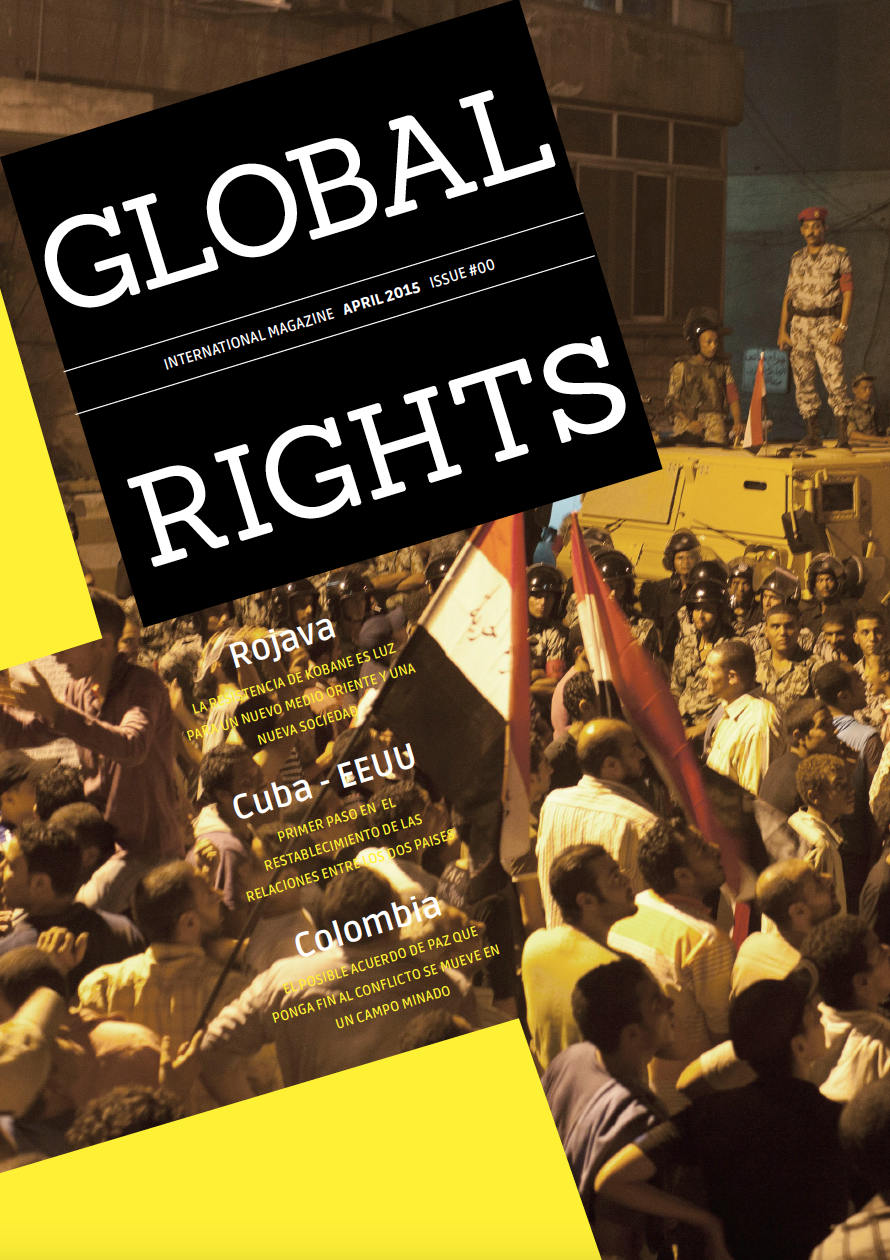 The world we live in is marked by a concentration of global powers as we have never known before. The economy and finance, politics, information and official culture, military force, merge into an increasingly exclusive and minority lobby, hoarder of all common goods and devastating the planet and, with it, prospects and quality of life of future generations.
From Seattle on, passing by the bloody repression at the G8 in Genoa, coming to Occupy Wall Street and then to the resistance of the Greek people right through Blockupy, the social movements have well-specified and documented, much more – and often against – institutional political forces and the unions themselves, yet incapable of sufficient analysis and global action.
The crisis intervened violently to bring back those movements and to restate new conditions and terms of world government by big business, as well as a socialisation of losses by the banking system: it is estimated that, in these few years, at least 20 trillion dollars have been used for the rescue of the power and the system, obviously subtracting resources to the immense river of money belonging to the community.
But the crisis, which we have called “the First World War of finance”, has not only produced further deepening inequalities, already huge, and the concentration of wealth: only in 2013 the richest in the world have increased by as much as 320 billion dollars their assets, which now amounts to 46.2 trillion dollars.
This new and unique “world war” has become and is becoming more and more – and in a more accelerated way in Europe – an opportunity and pretext for a change in the root of democracy, as it is known and developed in the West, through a technocratic process that is coming to empty it from the inside. Greece was the first test of this authoritarian process openly theorized by JP Morgan, one of the largest investment banks in the world, as well as the most directly responsible for the current crisis since 2007.
Alongside, and in an integrated and synergistic way, this particular global war, we find more traditional forms: the industrial system of death, war, never goes into recession.
Armed conflicts are rapidly growing in number, hazard and modification of geostrategic balance, in an unusual mix of “Cold War” and hot wars.
Wars that, as always, carry with them the systematic violation of human rights. And, likewise, the lapel, equally bloody and risky, of terrorism, identitarian and religious, that with the massacre of Charlie Hebdo and the advancement of ISIS has finally shaken the public around the world.
Iraq continues to be a battered country. As well as Afghanistan and Pakistan, Libya, Ukraine. These are the results, predictable and predicted, of the “humanitarian and infinite” war built by George W. Bush and Tony Blair. A criminal war that has enriched the large multinational of oil and weapons, beginning with the infamous Blackwater, now not surprisingly active in Ukraine, to pursue the slippery and nefarious strategy of eastward expansion of NATO.
Interminable conflicts, crises of all kinds, new technologies and forms of production and consumption, are our daily bread and affect directly and indirectly our dreams and human expectations, often without us realising it. The great independence and Cuban writer José Martí coined in the late nineteenth century, with remarkable foresight, two ideas that somehow inspire the very foundations of this project: “Homeland is humanity” and “be cultured to be free”.
“Homeland is humanity,” because all of us, human beings, we already live in the same interconnected place where the defense of freedom and social justice in places far from our homes is the guarantee of our own freedom.
Nothing that is right and human can be alien to us if not at the cost of being the next in an endless list of victims and growing and “collateral damage”. However, if it is true that we live in a common “homeland-planet”, it is also true that it is full of different regional, national, cultural, religious, social and language realities, and it is for this reason that the idea of exchanging and sharing our particularity, without denying them, is an essential part of human enrichment and therefore also an essential component of the project that we are starting with Global Rights.
“To be cultured to be free”, because only with full knowledge and with a diverse and open information we can counter the prejudices inherited and with which we live in our thinking and interpreting reality. Our ways of seeing the facts and processes directly drive our actions and daily commitments, which is why to have our opinion compels us to build it with accurate information, knowing views and different approaches, to avoid the risk of reproducing opinions induced by those who control and manipulate the mainstream media, which invade more and more, and more and more boldly and forcefully, our lives and our minds.
This information project on the global reality, and interpretation of the global reality (dissemination, discussion, exchange, practice), is also a “concentration”: in this case it will bring together people, thinkers, activists, efforts and instruments. We too have this right, the right to “lobbying”. A making network and synergies perhaps modest but very determined: for life, for freedom, for cultural diversity, for social justice. To think and act, indeed, with independence.