Home > Magazine > Right to Decide > The next battlefield 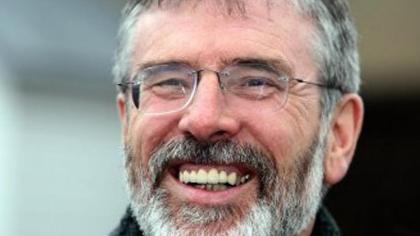 There are lots of lessons to be learned from the Westminster election by all of the parties. The party number crunchers, as well as the political pundits, a host of academics and media columnists, like oracles of old, will closely scrutinise the entrails for sight of the future.

Whose vote went up or down? What are the trends? How did this party perform against that one and against past performances? The statisticians will run it all through their computers to divine future outcomes.

The short hand is pretty straight forward. The Unionist parties agreed an electoral pact against Sinn Féin and the Alliance Party and it worked in two constituencies – East Belfast and Fermanagh South Tyrone.

Despite the Sinn Féin vote rising marginally across the north, and Michelle Gildernew’s campaign attracting the highest vote of any Sinn Féin candidate, the combined unionist vote secured the Fermanagh South Tyrone seat for the Ulster Unionist Party. In the early hours of last Friday morning when the count was declared in Omagh leisure centre Tom Elliot thanked the DUP, the UUP, UKIP, the TUV and the loyal orders for his win.

That was his strength.

In the context of a split nationalist vote, courtesy of the SDLP, and with a majority of one in the 2010 election, the republican ability to hold Fermanagh South Tyrone was always going to be a challenge.

Sinn Féin locally put in a huge effort. Comrades travelled from far and near to lend their hand to the campaign. Michelle fought a diligent and disciplined campaign but on the day Sinn Féin was piped at the post.

The result is a disappointment but it is temporary. As someone who once had a similar experience I am confident that Michelle and Sinn Féin will bounce back.

One early trend evident in the results is the inexorable decline of the SDLP. The nationalist vote overall dropped slightly. This was entirely down to the SDLP. For the first time in a Westminster election its vote fell below 100,000. In 2001 the SDLP took out almost 170,000 votes. In 2005 that had declined to 125,000 and last week it stood at 99,809.

Prior to the election the party set itself a number of goals, including; retaining the five seats we then held; consolidating the party vote across the north; as part of a two election strategy build the party organisation in preparation for next year’s Assembly election; and take the lead in opposing the austerity policies and future plans of the government in London. We are able to tick the boxes in all but one of these.

Sinn Féin ran a positive, forward looking campaign. Our party platform was based on the progressive politics of Irish unity and equality for all citizens.

Much was made by our political opponents of abstentionism. All made exaggerated claims about what they would achieve in the Westminster Parliament. They were all to be ‘kingmakers’ but in the end they are little more than the court jesters. None of it was real. Even a cursory glance back at the role of smaller parties propping up the bigger parties in government at Westminster should have warned that all fared badly. Nothing of substance or long term was ever won. The bigger parties survived. The smaller parties were electorally punished.

Unionists should have been especially mindful of this but in their eagerness to spin relevance to the electorate they ignored their past treatment at the hands of Harold Wilson, Jim Callaghan, Margaret Thatcher, John Major, Tony Blair and even David Cameron. All of these British Prime Ministers placed British self-interest and those of their own parties above the needs and interests of unionists. And time after time Unionists politicians whined about ‘betrayal’

The real politick is that substantial political change, whether in Scotland or on the island of Ireland will only occur within those places and not at Westminster.

The Liberal Democrats paid the price of keeping David Cameron in power for five years. They failed to learn the lesson of coalition politics in the south where the smaller coalition partners almost always lost votes and seats in general elections while the larger party did well.

The outcome of last week’s Westminster election presents enormous dangers to Ireland, north and south. During its first five years in office The Tories under Cameron largely disconnected from the peace process and the political institutions. And when they did engage it was almost entirely in a negative way creating significant difficulties for the Executive and cutting huge amounts of funding from the block grant.

As part of its election manifesto the Conservative party pledged to cut another €30 billion with €12 billion of this impacting on welfare, including child benefit. Cameron has also pledged that by 2017, he will hold a referendum on Britain’s membership of the European Union. The stark reality of this is could be to take the north out of the European Union.

In effect the attitude of English voters will dictate the future relationship of the north with the EU. This will affect the entire island.

So, what happens next?

When all of the parties act together it is clear that we can deliver real change.

That means that all of the parties in the Executive and Assembly need to urgently develop a common approach to address the challenges presented by the new Tory government, especially their attacks on public services and jobs.

Martin McGuinness has taken the first step. He has called on all of the Assembly parties to unite against austerity and to seek the additional powers from London to grow the economy. This will be the battlefield for the next term of British Tory rule.

Finally, a word of thanks to all of our candidates and their families, and to our party activists who worked tirelessly throughout this campaign. I would also like to thank the tens of thousands who came out to support Sinn Féin and entrust us with the mandate to oppose austerity, and build an inclusive, equal and united Ireland.

Finally – finally –there are two referendum votes in the south on May 22nd and a key by-election in Carlow Kilkenny on the same day. A general election will take place to Leinster House sometime in less than a year and possibly sooner. And in exactly one year there will be Assembly elections.

Republicans have a busy and hugely important year ahead of us.