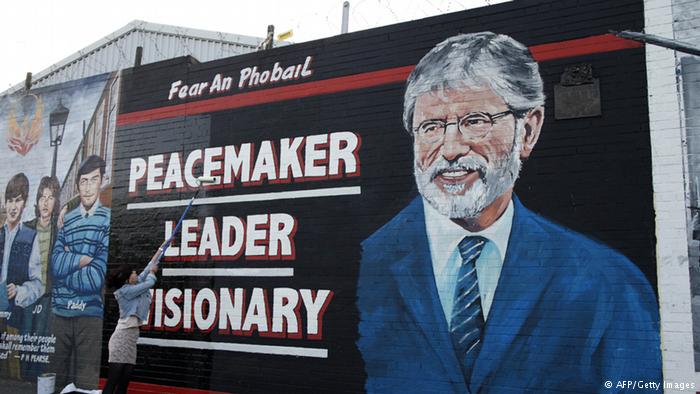 The new British government has already launched an ultra-conservative  political agenda that could unravel the peace process in the north of  Ireland.

Among the radical announcements expected to be made shortly are plans to  scrap the 1998 Human Rights Act, which underpins a key aspect of the  1998 Good Friday peace Agreement.

The Belfast peace deal included a measure that Britain integrate the  European Convention of Human Rights into law in the Six Counties, a  process that was included in the Human Rights Act.

Part of the Good Friday Agreement was meant to ensure that European  standards on human rights would transfer directly to the north of  Ireland, and since 1998 all legislation created by the Stormont Assembly  must be compatible with European law.

The scrapping of the act featured in the Conservatives manifesto and is  now expected to be included in the Queen’s Speech, a statement of future  policy, on 28th May, alongside laws to further curb free speech.

The move had been opposed by Cameron’s former coalition partners, the  Liberal Democrats, but the results of last week’s election means they  are no longer part of the equation and the Tory agenda can be forced  through Westminster by the narrow Conservative majority.

Nationalists have warned the move could spell «chaos» for the north of  Ireland and have a deep impact on the Stormont setup.

SDLP justice spokesman Alban Maginness expressed concern that unionists  might seek to exploit any change in the law to change the legislation on  sectarian parades to create a ‘right to parade’.

«As we approach the marching season we should take note of the fact that  all Parades Commission determinations are subject to the European  Convention on Human Rights as interpreted through the Human Rights Act,»  said Mr Maginness.

Civil liberties and human rights organisations such as the Committee for  the Administration of Justice and Amnsety have warned against the move.

The Committee on the Administration of Justice (CAJ), which has been  highlighting human rights abuses in Ireland for decades, said that if  the Tories forced Britain out of Europe’s human rights code it would  shatter confidence over policing reform.

«The European [convention on human rights] is absolutely vital in the  day-to-day governance of Northern Ireland – to withdraw from it would be  a colossal blow to the peace process,» said Brian Gormally, the CAJ’s  director,

Sinn Fein’s Gerry Adams called it a «scandalous attack» on the peace  deal. He said repealing the act would be a «grievous breach of the Good  Friday Agreement» and would have «enormous» implications for the  administration of government, justice, policing, and equality. He called  on the 26-County prime minister to raise the matter with David Cameron.

In response, the 26 County Foreign Affairs Minister Charlie Flanagan  said the protection of human rights was a key principle underpinning the  1998 peace agreement.  «As a guarantor of the Good Friday Agreement, the  Irish Government takes very seriously our responsibility to safeguard  the Agreement,» he said.

He said he would raise it with the British Direct Ruler, Theresa  Villiers. But Villiers immediately defended the plan and said British  courts would «continue to protect fundamental rights enshrined in the  European Convention».