The broadcasting ban, which barred my voice from being heard on the British media, was one of the more bizarre responses of the British state to the conflict 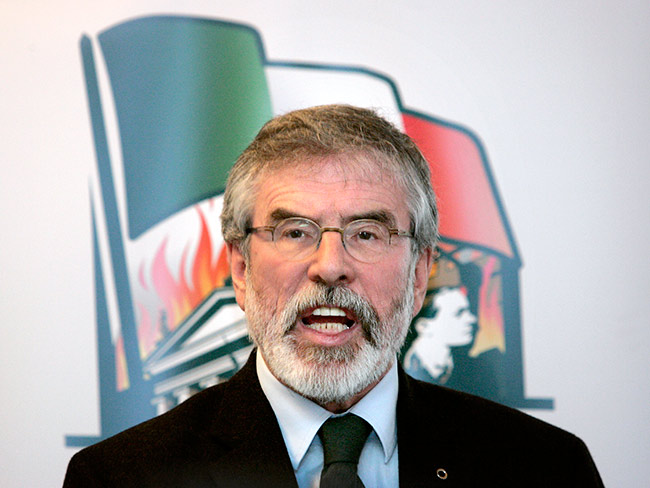 It only seems like yesterday when BBC newsrooms would have to scramble to find an actor to pretend to be me when they wanted to carry an interview. I always felt like I was making some small contribution to the Arts by keeping some actors in occasional employment. Some of them also clearly improved my diction.

The broadcasting ban, which barred my voice from being heard on the British media, was one of the more bizarre responses of the British state to the conflict.

Of course political censorship by the Irish and British governments went much further than that. It pervaded all aspects of media broadcasting. It went much further than coverage of the war and of the political endeavours to bring it to an end. Sometimes the law was perverted as in the Broadcast Ban introduced by Margaret Thatcher or in Section 31 used by the Irish government, but just as often it was the sly use of political influence or the natural conservative bias of sections of the media, both in Ireland and Britain.

operations) propaganda. But the all-pervasive Section 31 simply banned any member of Sinn Féin speaking on any issue whatsoever.

At its core political censorship is about the state managing how citizens get the news. It misinforms citizens.  At its most brazen it is about the demonising of political opponents – trying to persuade citizens through the omission or distortion of information – that those who are being censored are dangerous, subversive, criminal, fanatical, sectarian and so on. You get the idea I’m sure.

But it isn’t just the state that uses censorship or which distorts the opinions of those it doesn’t like. The ownership of the media by a relatively small number of individuals or companies means that these too exercise a huge influence over public opinion. The recent election in Britain is a case in point where the largely conservative owned newspapers lashed the British Labour Party at every opportunity while giving the Tory party largely positive coverage.

We have our equivalent of that in the south of Ireland. The Independent group of newspapers at times fixate on Sinn Féin and especially on me. On one occasion late last year the Sunday Independent had 90 named references to me in 13 separate negative articles.

And then it reached absurd levels when the Independent Group tried to claim that a reference I made in a speech in New York last November, to the response of Michael Collins to the Independent’s attack on the IRA of his day – was an implied threat by me of journalists. By any standard this was a daft and irresponsible assertion but it was one they made anyway.

In my speech I had pointed out that Michael Collins’s response to the Irish Independent’s “criticism of the fight for freedom was to dispatch volunteers to the Independent’s offices. They held the editor at gunpoint and then dismantled and destroyed the entire printing machinery!  Now I’m obviously not advocating that.”

Regrettably others picked up on the Independent’s line, including the NUJ who working on the same presumption that my remarks constituted a threat to journalists, criticised my comments. Seamus Dooley the Irish secretary of the NUJ said that he “found my comment ill-judged and inappropriate in the context of the daily threats of violence against journalists” and apparently a “number of members, including those employed at Independent Newspapers, found the Collins reference sinister and intimidating.”

In my reply to him I rejected his view that my comments were in any way ill-judged or inappropriate. I suggested that anyone who takes the trouble to read my script will understand the absurdity of the Independent News & Media Group’s campaign. And I invited him to read it in full. The speech can be found my logging into http://www.sinnfein.ie/contents/32141 and to get the full picture read the blog The Good old IRA at http://leargas.blogspot.ie/2014/11/the-good-old-ira.html#sthash.HZFAnEcj

The idea that any journalist at the Independent, who bothered to read what I had actually said, would interpret it as “sinister” is difficult to accept. The fact is I was simply referencing a historical fact. I did so in my speech to highlight the hypocrisy of Fine Gael and Fianna Fáil leaders who hail IRA leader Michael Collins as a Gandhi-like figure while condemning modern republicans such as Bobby Sands, Mairéad Farrell, or Máire Drumm as ‘terrorists’.

The relevant section of this Principle is 1.1. This states:

In reporting news and information, newspapers and magazines shall strive at all times for truth and accuracy.”

This latest development follows a series of decisions by the media watchdog to uphold complaints by me about articles in the Irish Independent and Sunday Independent. The constant stream of biased and offensive coverage of Sinn Féin by the Irish Independent, and of myself in particular, is unprecedented in the history of Irish newspapers. The decision of the Press Council to uphold the Press Ombudsman’s findings is another significant and positive development. But I have no illusions that the Independent Group will continue with its campaign and that these will probably increase the closer we get to a Dáil general election.