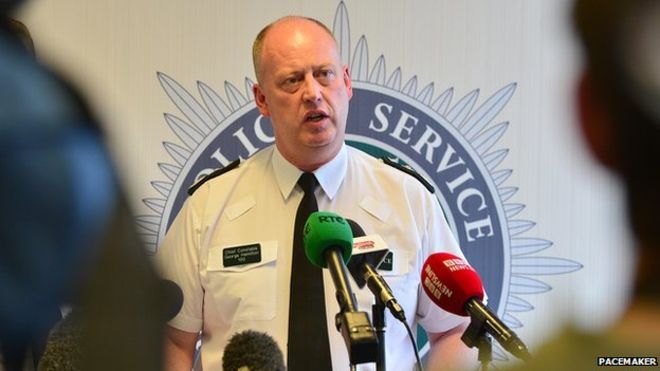 (PIRA)  and loyalist paramilitary groups the PIRA continues to exist and control some arms caches, but in a “much reduced” form.

British Direct Ruler Theresa Villiers said in Westminster the review, drafted by a three-person panel specially appointed to the task last month, was “evidence-based and credible”.

The report also found that leaderships of the PIRA and loyalist groups are “committed to peaceful means to achieve their political objectives” although it pointed out that some individuals still represent “a threat to national security”.

The report claimed that “senior leadership, Provisional  Army Council and departments with specific responsibility” all continue to exist, as well as some regional command structures. Some activity takes place at the local level, it said, but “without the knowledge or direction of the leadership”.

focus and was engaging in low-level efforts to identify informers, gather intelligence on other republican groups and monitor remaining arms supplies. It confirmed though that it is no longer involved in “targeting” or “terrorist attacks against the state or its representatives”. Likewise it is also neither recruiting, nor seeking a new source of weapons, the statement added.

The report endorses last month’s assessment by Police Service Northern Ireland chief George Hamilton in which he said individual members of the Provisional IRA were involved in the recent murder of Kevin McGuigan, an east Belfast republican suspected of involvement in the murder of former IRA commander Jock Davison in May.

Assessing the threat posed by loyalist groups, the statement said that the UDA had broken into essentially autonomous units while some UVF structures remained intact. Both are engaged in organised crime and ‘paramilitary assaults’.

DUP’s Nigel Dodds said the party would continue with talks but did not immediately promise to revive the institutions from the ‘zombie’ state in which it placed them last month.

Dodds added the report “illustrates the hard work ahead’ in the current talks process at Stormont. The continued existence of the IRA and loyalist paramilitary groups is unacceptable and must be ended”.

Speaking ahead of today’s (Tuesday 20 October) report, Sinn Fein president Gerry Adams said  that “whatever its conclusions Sinn Fein will not tolerate any undermining of the rights of citizens who vote for Sinn Fein. This party has a mandate, democratically achieved at the ballot box and we will not accept any infringement or erosion of that mandate by the British government or anyone else.”