The 2016 Cairo International Book Fair has opened on January 27. This year’s theme is «Culture on the Frontlines»: The fair will run through February 10 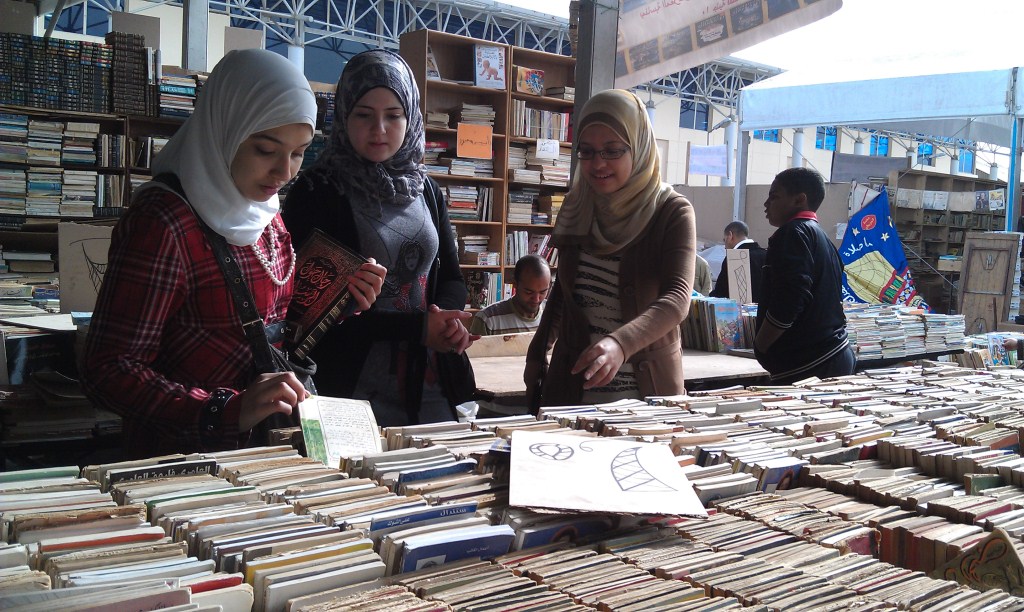 The 2016 Cairo International Book Fair has opened on January 27. This year’s theme is «Culture on the Frontlines»: The fair will run through February 10.

The fair attract nearly two million visitors and the State Information Services underlines that up to “850 publishers will participate, including 50 foreigners, 250 Arab and 550 Egyptian publishers.»

The fair was first held in 1969 and has been the site of vibrant protests over its forty-seven-year history. In 2005, police arrested a number of activists at the fair and charged them with «disseminating false propaganda against the government.» A number of lectures were canceled that year, and books, including those by poet Mahmoud Darwish, were banned. In 2008, more books were banned; in 2009, the cultural cafe where writers gathered was shut down and its hours changed. In 2011, the fair was cancelled.

A number of new releases will coincide with the opening of the fair, among them a collection of essays, Fodool Al Qotta (A Cat’s Curiosity) by popular Egyptian novelist Ghada Abdel Aal and a debut novel, Kol al-Ma’arek (All the Battles), by Jordanian short-story writer Ma’n Abu Taleb.

This year’s Guest of Honor is Bahrain and novelist Gamal al-Ghitani (who died last year) will be the Cultural Figure selected this year.