Home > Magazine > Talking Peace > And the election is ON!

And the election is ON! 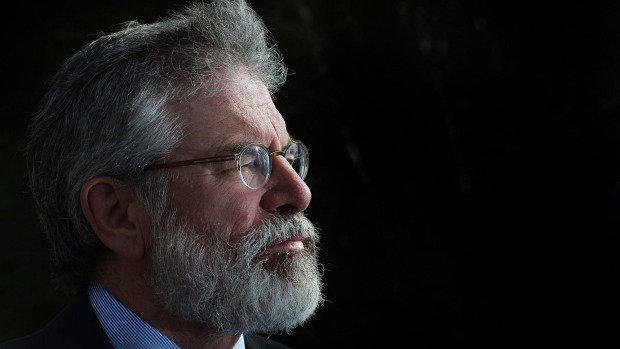 The starting pistol has been fired; the referee has blown his whistle; the starting gates have been thrown open; and we are off the blocks.

And at the end of all those sporting metaphors I’m sure you don’t need me to tell you that we are now in the midst of the general election.

There has been a sort of phoney election campaign going on for months.

All of the parties have been writing their manifestos and polishing off their policy documents. In the last three weeks anyone who follows me on twitter will know that I have been travelling across the south for the campaign launches of Sinn Féin candidates.

From Meath to Wicklow and Wexford, to Dublin, Cork and Galway. In Louth Imelda Munster and I had a great campaign launch. We are hoping to take two of the five seats. It’s a big ask but doable.

The mood among activists is expectant and positive. There is a widely held view that the party will do better this time than we did in 2011 when we won fourteen seats in the Dáil and three subsequently in the Seanad.

But we can take nothing for granted. This is senior hurling. Not a vote has been cast. So the next three weeks will be a frenetic round of public meetings, canvassing and media interviews. The leadership debates will undoubtedly attract a lot of interest. It’s not clear yet who will participate in what. The RTE debates could involve up to seven party leaders. That’s a lot. I don’t envy those who will have the task of ensuring impartiality and balance and equal time for so many.

It will come as no surprise that the establishment parties of Fine Gael, Fianna Fáil and Labour seek a continuation of ‘business as usual’. That means continued political cronyism and policies that entrench inequality and unfairness.

The current Fine Gael/Labour coalition like its Fianna Fail predecessor, has presided over an unprecedented housing and homeless crisis, chaos in our hospitals, increased taxes on struggling families and workers, regressive budgets, the dismantling of vital public services and the abandonment of rural communities.

policies which previously caused the collapse of the economy. The result will be a further erosion of public services and increased hardship for ordinary, working people.

The so-called ‘recovery’ they boast off and wish to sustain is a recovery only for those who have already benefited – high earners, bankers and property developers.

Fine Gael and Labour have continued to protect the Golden Circle. Just like Fianna Fáil, Fine Gael and the Labour Party have continued political appointments to state boards and refused to act on high salaries for politicians, in banking and on state bodies.

Meanwhile they have ignored the demands of hundreds of thousands of citizens who have taken to the streets again and again to demand the scrapping of domestic Water Charges.

The outgoing government has also refused to engage with the British government in the consistent strategic way that is required to ensure the full implementation of the Good Friday and other agreements.

One message that Sinn Féin canvassers will bring to the doorsteps is that a vote for Labour in this election is a vote for a Fine Gael-led Government. The Labour Party claim they are in Government to put the brakes on Fine Gael’s right-wing impulse. We’ve heard it all before and all the evidence demonstrates the opposite.

Labour Ministers have been the most enthusiastic proponents of vicious cuts to the welfare of ordinary families. As a senior Cabinet member, Joan Burton oversaw the implementation of water charges, the Property Tax, cuts to child benefit, removal of medical cards, cuts to health and welfare, and a succession of stealth taxes.

Meanwhile, Fianna Fáil cannot provide a credible opposition to the present Government which is merely implementing a policy plan laid out for it five years ago by Fianna Fáil. Fianna Fáil Leader Mícheál Martin sat around the cabinet table for 14 years, developing the very policies now being implemented by Fine Gael and Labour. Domestic water charges, were Fianna Fáil’s brainchild.

Micheál Martin has ruled out going into coalition with Fine Gael or Sinn Féin. He has effectively ruled Fianna Fáil out of Government. As a consequence Martin has made Fianna Fáil irrelevant to the election campaign.

So, this election boils down to a choice between two different visions for Irish society – between a Fine Gael-led Government which will continue unfairness and inequality or a Sinn Féin-led Government committed to a recovery for all citizens – in other words, a genuine republic.

Had anyone at any time in the last 40 years suggested that politics in this state would see Sinn Féin as the government in waiting they would run the risk of being told they were mad. Whatever the outcome this time one thing is certain – it’s no longer a matter of if Sinn Féin will be in government in Dublin – it’s a matter of when.

In just less than three very short weeks citizens will have the opportunity to elect a progressive, republican Government which will pursue a fair recovery, end the chaos in health and housing and stand up for ordinary citizens. In this Centenary year of the 1916 Rising isn’t that worth working hard to achieve?