Novelist Ahdaf Soueif has translated this statement, signed by more than 400 artists and writers 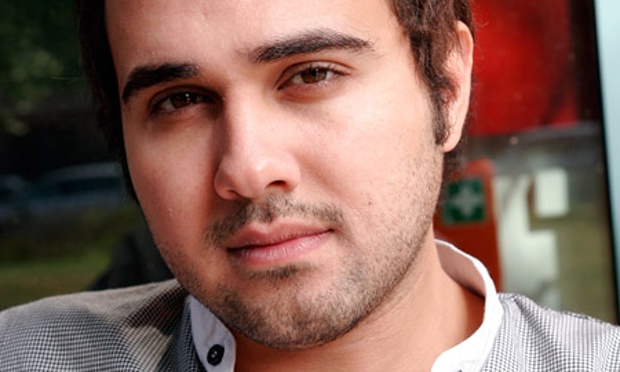 Novelist Ahdaf Soueif has translated this statement, signed by more than 400 artists and writers. She notest hat a framing document is coming soon, after which international organizations and colleagues will be asked for support.

Naji (also Nagi) was sentenced to two years in prison for an excerpt from his novel, Using Life, which appeared in Akhbar al-Adab magazine. His editor received a 10,000LE fine.

After this harsh sentence, Naji was taken straight to Boulaq Abu el-Ela police station. Yesterday, he was transferred to Tora prison. Supportersfurther announced, “The appeals court has not yet released the reasoning for the verdict, preventing the defence from filing a motion to suspend the sentence until the court of cassation looks into the case.”

Until the framing document is ready, the statement, trans. Soueif:

Open Up the Public Space

We, the undersigned, have been following with anxiety the continued deterioration in the performance of the organs of the State, the increase of oppressive practices, the attacks on public, personal, academic and artistic freedoms and the string of incidents that embarrass the country in front of the international community – at a time when Egypt badly needs to be part of this community.

Our sense of responsibility towards this country inspires us now with a great fear for its future in the shadow of a regime that deals with freedoms with such ignorant nonchalance, that privileges a discourse of oppression mouthing terms like “morality” while emptying them – by its actions – of all meaning, that violates the Constitution every day.

In this context comes the sentencing of novelist and journalist, Ahmed Nagi, to 2 years in prison, because a chapter of his novel appeared in a literary magazine, after a multi-armed attack on a number of writers and journalists because of their opinions. This betrays a total disregard for the Constitution of 2014 -approved in a people’s referendum – which explicitly forbids custodial sentences in cases related to publishing or works of art.

Our defence of Nagi, and others persecuted and under attack, is not just a defence of the right of creative artists and opinion-holders to express their opinions – whatever they are and in whatever language they choose – without fear, it is not just in support of the community of writers or intellectuals; it is rather to raise the alarm about the terrible and terrifying path taken by the regime, a path that leads the entire country towards the abyss, through “assassinating” the public space of expression and confiscating the political space.

Our message is clear: blocking, prohibiting, killing politics, giving a free hand to extremist forces and turning a blind eye to the many violations committed by the organs of the state – will all lead to catastrophic conflicts our country cannot sustain.