YPG General Command said they have no links to the attack, remarking that Davuto?lu put forward this accusation to pave the way for an offensive on Rojava and Syria 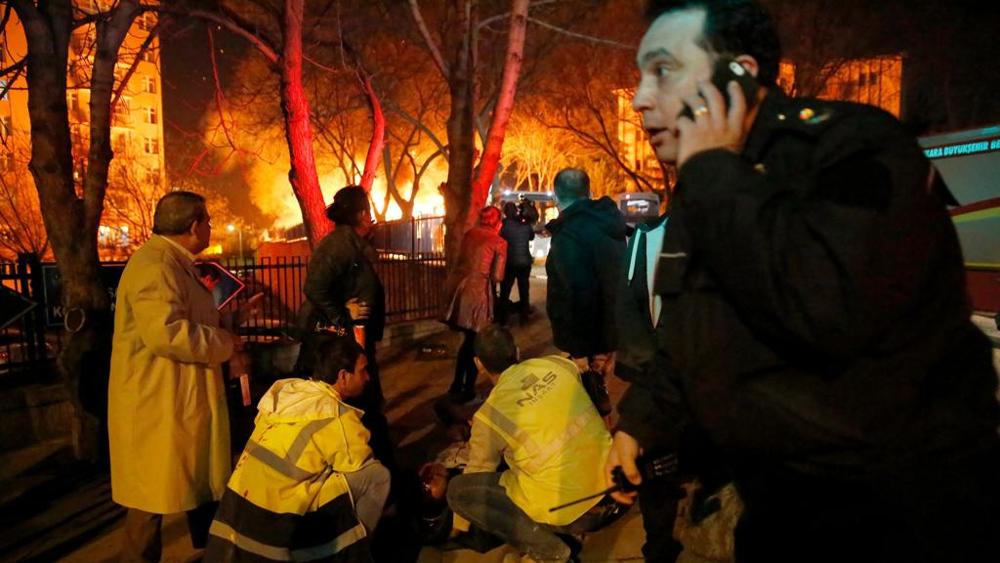 The General Command of YPG (People’s Defense Units) has released a statement in response to Turkish Prime Minister Ahmet Davuto?lu who blamed the YPG for Wednesday’s attack in the heart of Turkish capital Ankara which left 28 people dead and 64 others wounded.

YPG General Command said they have no links to the attack, remarking that Davuto?lu put forward this accusation to pave the way for an offensive on Rojava and Syria. The General Command stressed that YPG hasn’t engaged in any kind of military activity against the Turkish state so far in spite of all its attacks and provocations.

We hereby publish the full text of the related statement by YPG General Command;

«As is known to our people and the public opinion, Rojava revolution has entered its 4th year. As YPG forces, we are protecting our people in Rojava region from the very first day on. Under challenging conditions, we are protecting our people from barbaric gangs such as ISIS and Al-Nusra. Countless states and media outlets have repeatedly reported about the support Turkey has been providing to these terrorist groups.

Apart from the terrorist groups attacking us, we as YPG have engaged in no military activity against the neighboring states or other forces.

Despite all its provocations and attacks on Rojava border, we have acted with historic responsibility and never retailated Turkey. During the past 4 years, Rojava is the safest area of Turkey-Syria border, and there has been no military action conducted by our side during this period. This truth is best known to the Turkish military and AKP government. They are deliberately distorting the truths and holding us responsible for the explosion in Ankara.

We would like to reiterate our message to the peoples of Turkey and the world; We have no links to this incident. It is not specific to this case alone, as we have never been involved in an attack against Turkey.

The Turkish state cannot possibly prove our engagement in any kind of attack on their side because we were never involved in such an action.

Turkish Prime Minister Davuto?lu’s remarks «Ankara attack was conducted by YPG» is a lie and far away from the truths. With this statement, Davuto?lu wants to pave the way for an offensive on Syria and Rojava, and to cover up their relations with the ISIS which is known to the whole world by now.

As People’s Defense Units-YPG, we state once again that we have no links to the explosion in Ankara, and we call upon all neighboring states and forces to respect the Rojava revolution and will of peoples.»