Home > Magazine > Cultures > The Boundaries of Prohibitions and the Borderless Language

The Boundaries of Prohibitions and the Borderless Language

The ban on the official use of the Kurdish language as well as on its use in areas of education, knowledge and intelligence has made us feel that ourselves, our existence and our being human are prohibited 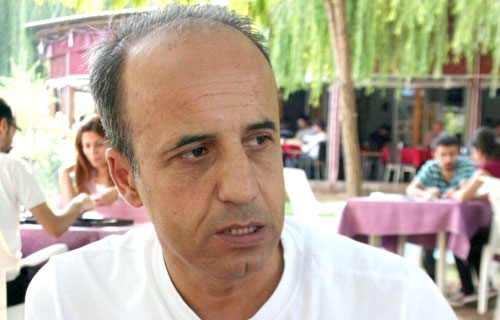 True, each one of us can answer these questions somehow.

No matter what the answers are, for us the Kurds, the fact of the matter is that we have been put in a merciless situation; our language has been forbidden for about eighty years, and up until today no changes that are worth to be mentioned have been brought about to allow the free usage of the Kurdish language so that it also becomes a natural language of human beings.

The ban on the official use of the Kurdish language as well as on its use in areas of education, knowledge and intelligence has made us feel that ourselves, our existence and our being human are prohibited. This feeling has dominated our spirit and existence, it has influenced all our acts and put the legitimacy of our being a nation, our being human under discussion.

So Kurds starting to write in their language first feel the need to build up an identity which will be a proof of their legitimacy by means of the internal language boundaries. Furthermore Kurds whose legitimacy, language and existence have caused discussions face various internal obstacles as well.

Because of official prohibitions, various socio-political and socio-psychological   boundaries  have formed in the mind, thought and perception of the Kurdish people. (A Kurd who wants to write in Kurdish first needs to destroy these boundaries; and get rid of the years-lasting consequences of prohibition in their mind.)

Due to the fact that the very existence and the language of the Kurdish Nation has been denied for decades, when a Kurd wants to write in Kurdish they first start to question the identity. Although we know that writing in literature rises from individual identity, this questioning is about building up the national identity. (That means, here the national identity comes before the literature identity of the individual.)

Because both nationally and individually the Kurdish people have been degraded and looked down on for years, they have felt ashamed of their language. (Kurds who want to write in Kurdish have first to convince themselves that their language is a natural human language, and stop to be ashamed of it.)

Since they are not given an opportunity to be educated in the Kurdish language, The Kurds’ knowledge of their language has been restricted to their spoken culture. Therefore, Kurds have considered both themselves and their language as narrow and insufficient in the areas of knowledge and intelligence. (A Kurd who wants to write in Kurdish in order to reach a higher level and quality writing will have to transfer their intellectual skills and knowledge obtained in the official and educational language into their own language, remove the boundaries by means of literature and writing, and create a horizon of the “unrestricted language”.)

Also when Kurds write in Kurdish, because of the existing laws banning and denying their language, they face various difficulties, in general:

Take the risk of being taken into custody and investigated by the security forces.

If the writer works as a civil servant, a teacher or a worker for a government office, they face various punishments such as being fired or moved to another work place, isolation and passivity.

Also, in spite of all the prohibitions, restrictions and obstacles of eighty years, the Kurdish language with its literature and writers has been able to turn into a language of literature passing over all the bans and boundaries and achieving the world literature standards; and there with its legitimacy it enjoys its beauty of existence.