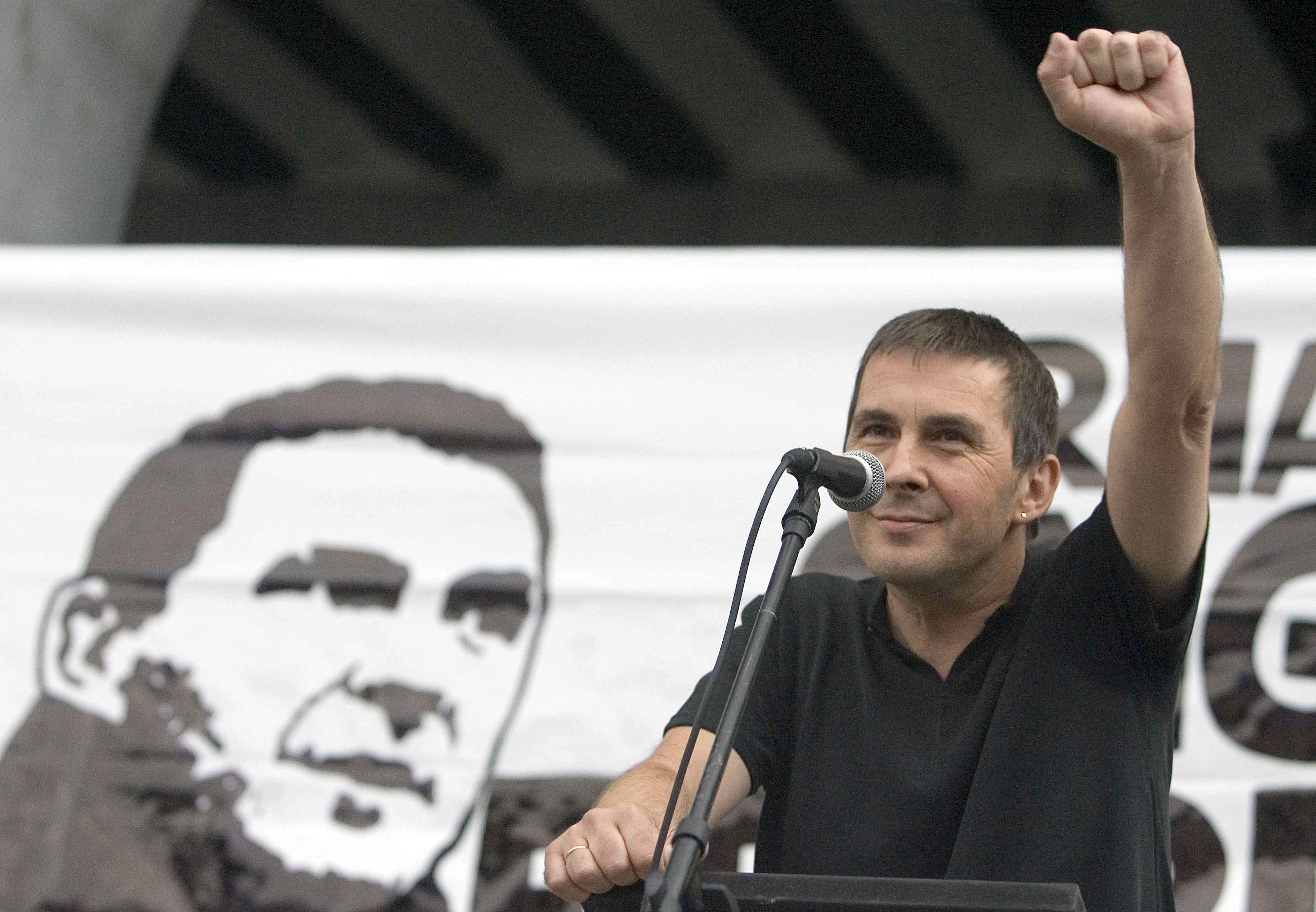 There were celebrations in the Basque Country and among solidarity  activists around the world on March 1 as Basque political prisoner  Arnaldo Otegi was released from a Spanish jail after more than six  years.

Otegi has been a leader of the Basque liberation movement and an  advocate of a shift towards relying on peaceful means of struggle.

However, the Spanish state criminalises all expressions of support for  Basque independence, equating even peaceful campaigning on the issue  with terrorism. Already, Spanish authorities have sought to restrict  rallies welcoming Otegi’s release from prison.

Spain holds hundreds of Basque political prisoners in its jail — using  its controversial policy of «dispersion» to place them in jails far from  the Basque Country and family and friends.

In October 2009, 10 central leaders of the Basque pro-independence  movement, including Otegi, were arrested as they met to discuss a new  peace initiative. Five of them were jailed.

Despite such provocations, ETA declared a permanent ceasefire in 2011  and began disarming in 2014. A new pro-independence party committed to  peaceful means, Sortu, was registered in 2013, reaching high levels of  support across the Basque Country.

Below is a speech Otegi gave to supporters on his release from jail,  translated by ‘Basque peace process’.

So what we say is, for those of us who are Marxists, facts are those  that are contrasted with reality, and the reality is that all these  cameras wouldn’t be here, if they didn’t know that today, as on many  other occasions, a political prisoner leaves a Spanish prison.

Six, five years ago, they tried and jailed us for making a bet for  peace. And I want to congratulate all of you, for having sustained that  bet above all provocations, indeed peace is the way, but in that way our  commitment has to be taken to the end and that’s what I intend to do  with all of you.

So all I want to say to sum up, because I know that there is much  curiosity about this issue is, the best Lehendakari (President of Basque  Government), the best mayor, is the people!