PEN International has condemned the murder of Mohammad Bashir al-Aani and his son Elyas in Deir al-Zour City “by the armed group calling itself Islamic State (IS)”: 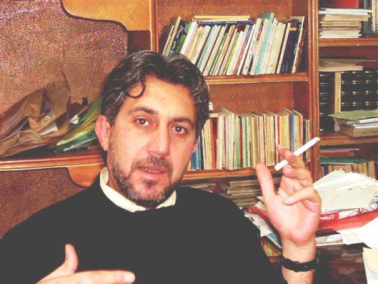 From the PEN release:

Al-Aani, the PEN statement continues, was known for his opposition to the Bashar al-Assad government. According to family members, the poet and his son had returned to the area to bury his wife, who had died in Damascus, when they were kidnapped.
Salil Tripathi, Chair of PEN International’s Writers in Prison Committee:

We are shocked and deeply saddened by reports that Mohammad Bashir al-Aani and his son Elyas were murdered by the militant group Islamic State which had accused them of ‘apostasy’. The deliberate murder of civilians during an armed conflict is a war crime and both those who commit them and those who order them must be brought to justice. We call on all actors involved or with interests in this conflict to use all diplomatic means possible to ensure that no more civilians – including writers – are killed.