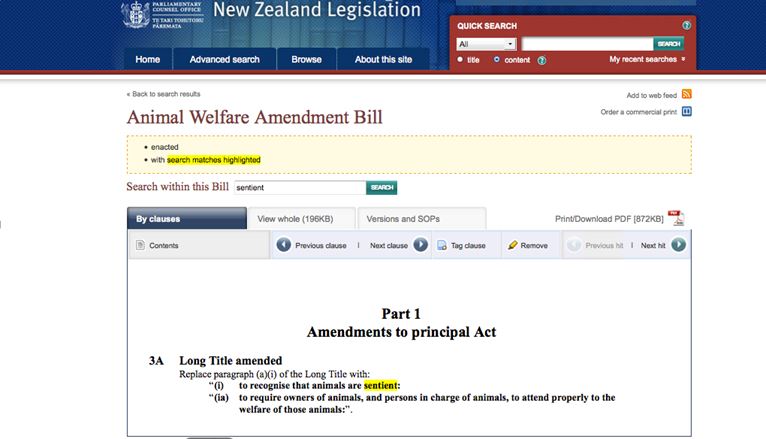 Marx spoke of a better world after capitalism, as a way or organising human life, had been transformed and a qualitatively new way of doing things had been brought into being by the then working class.

168 years later much has changed but the demand for a qualitative transformation of human life and society has not. After the 20th century, though, and the setbacks and defeats and some of the appalling crimes perpetrated on citizens in the name of the socialist revolution, we are left with a great dilemma as we start this new century of struggle, of transformation:

What does our revolution mean anymore?

We can articulate the negative: no more inequality, no more injustice, no more war, no more exploitation, but it becomes more difficult to articulate what is positive about our demands for a better world, for a world fit for human beings.

However if we don’t confront this challenge we are liable to get lost in the maze of meaningless words and meaningful lies of politicians and ‘spokesmen’ from ‘the system’, those that think history has ended because they and those they identify with, are benefitting so well that they are oblivious to the mass of human suffering both locally and on a global scale.

So maybe we need rise to the challenge of naming, and defining clearly what destination our struggle is pointed towards?

And the categories and the arguments of the 20th century don’t seem to be dependable maps with which to shape our journey: social democrat and communist, class struggle, worker-boss, proletarian and bourgeois, etc….etc….

It is imperative and has been since the Fall of the Berlin Wall (and earlier) that we begin to redefine who we are as socialists and communists in the midst of the significant developments of capitalism in this third millennium and our efforts to be liberated from both its comfortable and its wretched prisons.

While the struggle brought together many disparate forces and identities in the course of the 20th century it was often left until later to articulate and shape a programme or a body of ideas that helped to clarify who we were, where we had come from and what we stood for. Or vice versa. Thus theory either came before and conditioned our practice, for some, or our practice produced, later, a theory, but seldom have the two coincided in a praxis[1] that could provide direction in a time of crisis.

At this low point of the socialist movement world wide, is it not a great time and opportunity for those of us on the Left to use this impasses to communicate with each other and beyond what our thoughts are, what our dreams are and how our words have been tested in the past and how they can serve now as guides to the present difficulties we face and to our proposed destination in the future?

At the risk of being seen as naive or simple, do we not collectively seek an end to all oppression so that the dawn of a truly human history will bring with it only the best of the human potential that we have witnessed in the 10,000 years or so since the Agricultural revolution?

An old link that was posted online by a co-worker recently encouraged me to reflect on what this best of being human could be and it was related to the treatment of animals. As I have slowly woken up, in the process of ageing, seeing the beauty and often the grim tragedy of people and places on this small planet, I have become more and more aware of the cruelty that is perpetuated hourly and daily and often in the name of someone else’s ‘normality’, cause, need or in sheer ignorance; this is often perpetrated on those weaker or considered weaker, whether it is minorities in our culture or geographies, women, children, those we perceive as enemies and, dare I say it, animals.

Having recently been given the experiment of living with a very small, often patience-testing dog as a guest of the person I share my small living space with, I have used the opportunity to ask myself questions about animals…are they as unsensing and unfeeling as we are ‘told’, do they get bothered by stuff that bothers us, like cruelty, pain, abandonment, death or are they insensate to it all? My reflections being still in development still I have come to one conclusion: if we object to oppression we cannot split hairs on how or where, or on whom it is perpetrated. Lenin, arguably, made this mistake in the early days of the Soviet Revolution at the cost of what could be said simply now is that no one would look to the example or struggle of the Bolsheviks with a view to a roadmap for the implementation of our socialist model in difficult circumstances – or if they did, there would need to be concern with what they are ultimately offering the people, despite all the difficulties and contradictions of the situation?

With this in mind the link that I was alerted to[2], was to a report on changes to The Animal Welfare Amendment Bill, in New Zealand, passed, as far as I know, in the early summer of 2015; the goal of which was:

This new[3] piece of legislation recognises for the first time «that animals have feelings and can experience pleasure and pain.»[4]

«To say that animals are sentient is to state explicitly that they can experience both positive and negative emotions, including pain and distress,» said Dr. Virginia Williams, chair of the National Animal Ethics Advisory Committee.[5]

«Sentience», might be a word worth reflecting on if we are seeking to explore and define the future of humankind, if only with its implications of consciousness[6], subjective awareness, feeling and an accurate perception of being present, it would appear potentially to contradict much of the cruelty we have witnessed and continue to witness all around us, perpetrated by human beings on human beings and other creatures. How developed is the consciousness of a torturer in Guantanamo, for example?

Obviously, the implications for animals and animal welfare means that it will hopefully be easier to challenge those who ill-treat our non-human but now sentient neighbours, however in the context of our struggles for socialism in the third millennium, the recognition that the other creatures we share this planet with may not be inferior or senseless or worthless or here purely for our need or profit, should, I suggest, draw our attention to our own – both individual and collective – dismal lack of consciousness when it comes to being awake with an innate wisdom of what is involved in living on this fragile planet. Including our relationships with each other. And one relationship in particular: that of exploitation or its absence.

I know, again as a socialist, that there are many many violations of human rights in our world today that are in need of immediate and emergency attention, but when I read of this I thought, the race we will become, if we are to continue to evolve, in the future, has to begin somewhere, and the wisdom of accepting our responsibility towards ‘weaker’ forms of life has to be a statement of a new and radical vision of equality that can only benefit us, as humans, and as one species among species…

Richard Leakey, the paleoanthropologist from Kenya, once remarked[7] that with human evolution possibly at an end and the eventual destruction of homo sapiens probably guaranteed, the role left for us now was that of «the guardians of creation», a noble and humane objective. However, with the option also to continue to develop and evolve, this cannot happen without a transformation of consciousness that makes us, simply speaking, better people. Yes? Ernesto ‘Che’ Guevara seemed to recognise this in his many encouragements to develop the new socialist man and woman.

“I am not interested in economic socialism without Communist principles. We fight against misery, but also against alienation…. If Communism overlooks the acts of consciousness it may well be a system of redistribution but hardly a revolutionary ethic.”[8]

He got away with this on the basis that his military, political and revolutionary credentials were without question. Now is the time for those of us still engaged in the struggle for socialism to reflect on and develop some of the positives of what our transformed world will look like. This has to be the start of our battle for ‘hearts and minds’ that will begin to address some of the murderous mistakes our ‘movement’ made in the last century?

Ending cruelty, whether in Guantanamo, Kurdistan, or in every jail or prison the length and breath of this globe, or even to our four-legged companions (as well as all the other forms of life that share with us this vulnerable planet circling in space), has to be a bit of progress and one that could begin to give shape to the current dilemmas facing us in our urgent work of transforming our world into a  world fit for all!

[1]              «Functionally, oppression is domesticating. To no longer be prey to its force, one must emerge from it and turn upon it. This can be done only by means of the praxis: reflection and action upon the world in order to transform it. » Paulo Freire, Pedagogy of the Oppressed, P.51 (Continuum, 1970, 1993)

[3]              Apparently the European Union recognised animals as sentient in both Amsterdam (1997) and Lisbon (2009) Treaties:  «…the Union and the Member States shall, since animals are sentient beings, pay full regard to the welfare requirements of animals…»  See: http://www.ciwf.org.uk/news/2009/12/the-lisbon-treaty-recognising-animal-sentience

[6]              «Sentience is a minimalistic way of defining consciousness, which is otherwise commonly used to collectively describe sentience plus other characteristics of the mind.»  https://en.wikipedia.org/wiki/Sentience