Peace in Colombia has never been so close 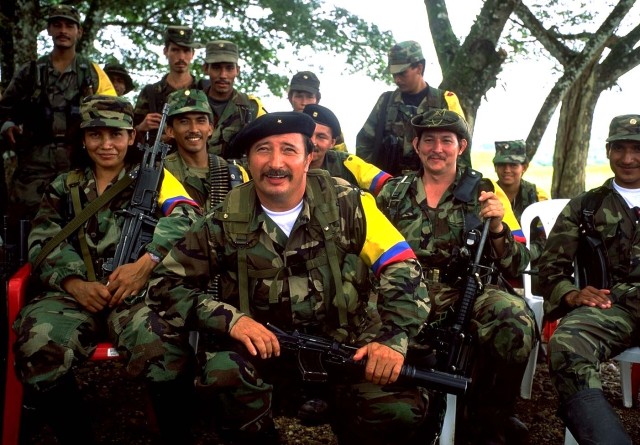 Havana. In August 2012, after almost one-and-a-half year of exploratory meetings, the Colombian government and the guerrilla organisation FARC-EP (Colombia’s Revolutionary Armed Forces -People’s Army) agreed on an agenda for the peace talks: the General Agreement for the Termination of the Conflict and the Construction of a Stable and Lasting Peace.

Almost four years on the prospect of a peace agreement has never been closer. Indeed this week there could be yet another important – and much expected – announcement about a multilateral ceasefire (so far only the FARC-EP had observed limited in time ceasefires).

After the installation ceremony in Norway, the Peace Delegation of the FARC-EP moved to Havana, Cuba, where the peace talks officially begun in November 2012 and have since taken place. Two countries are the guarantors of the process, Cuba and Norway, which means there would be representatives of those countries permanently sitting at the table, to observe the peace talks. The Bolivarian Republic of Venezuela and Chile are called “accompanying countries”; they are not present at the table, but their representatives are up to date with everything that’s happening during the peace talks.

The agreed Agenda consisted of a preamble, in which the two parties established the criteria guiding discussions: “The construction of peace as an issue of the society as a whole that requires the participation of everybody, the respect for human rights is an end of the State that should be promoted, the economic development with social justice and in harmony with the environment is a guarantee of peace and progress, social development with equality and well-being, including the great majorities, allows us to grow as a country, a Colombia in peace will play an active and sovereign role in regional and global peace and development, the amplification of democracy as a condition to achieve solid bases for peace”.

After the preamble, 6 issues are listed. These are the topics the peace talks would address, always keeping in mind the criteria of the preamble that should shape and inspire the discussions and the agreements between the two parties. These six issues are: 1) Integral agricultural development policy 2) political participation 3) end of the conflict 4) solution to the problem of illicit drugs 5) victims and 6) Implementation, verification and countersignature. Each of these six points consists of several sub-points.

A principle of the conversations is: “nothing is agreed, until everything is agreed”, which means that the two parties are obliged to return to the discussion of certain unresolved topics.

The Peace Delegation (like the government delegation is hosted in a complex called “Il Laghetto”, The Little Lake, in the Havana neighborooud of Playa. The negotiations take place in the near by Conferences Palace, Palacio de las Conferencias.

Several of the sub-points have been agreed, though many aspects and details of each one of the 6 main issues are still under discussion, which led to the first date set for the signature of a Final Agreement (March 23 of this year) to be missed. At present in Colombia there is a critical situation as paramilitaries seem on the rampage again. In the last four years 116 activists and leaders of the social and political movement Marcha Patriotica have been killed.

As well as how to put an end to paramilitarism, that of political participation is proving to be a difficult point. The government simply tries to solve the issue by saying it would hold a referendum to ratify the agreement, whereas the FARC-EP demand full participation in the process of all layers of Colombian society.

Another issue which has not yet been fully agreed is that of transitional justice which also includes amnesty. Justice as the delicate issue of victims are themes being debated these weeks, in the new round of talks.

There is great expectation, as said, for a much awaited announcement on a multilateral ceasefire, much more so after the beginning of the public phase of talks between the Colombian government and the other guerrilla group, the ELN (National Liberation Army). These talks will not be held in Havana but in Ecuador, though as FARC-EP member of the Secretariat and chief of the Peace Delegation Ivan Marquez points out, “we have two tables but one single aim, lasting peace with social justice”.