Sir Bob and the f***ing martyrs

Some time back there was a fashionable notion called the Tipping Point. In the old days we’d have called it the straw that broke the camel’s back. Well, I’ve reached that point with Sir Bob Geldof 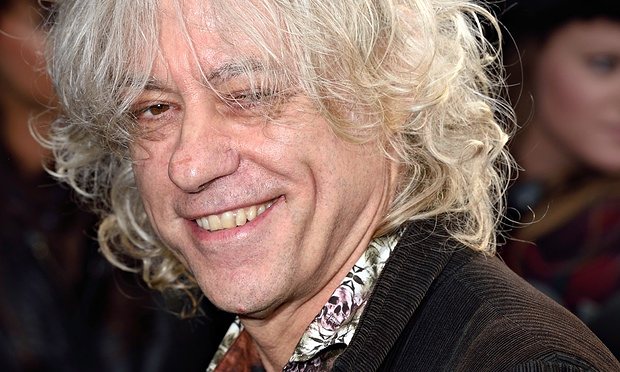 Some time back there was a fashionable notion called the Tipping Point.

In the old days we’d have called it the straw that broke the camel’s  back. Well, I’ve reached that point with Sir Bob Geldof. I know he’s  done huge things in terms of getting the pop world – and the world – to  fork out and support the millions who are starving. And  ‘I Don’t Like  Mondays’ is one of my favourite pop songs. But the Tipping Point with  Sir B has been reached since about two minutes ago, when I read an  online interview with him in which he outlines his thoughts on the  Easter Rising.

You’ve probably read it already but in case you haven’t, here’s what he  says about the leaders of the Rising.

“You dignify it by saying it was martyrdom. If it’s grievous mortal sin  to commit suicide, why is it a less sin to hurl yourself upon a willing  bayonet? Why is that a (sic) martyrdom? So much rests on this myth. How  many murders have been sanctioned in its name? F*ck off!”

Bob then goes on to say the real hero of the struggle for independence  was W B Yeats (Bob has a BBC 4 programme about Yeats coming up), because  Yeats’s words fostered the dream of a free Ireland.

Where do I start? I’m sorely tempted to start with the last two words of  Sir B’s quoted passage and suggesting that he himself f*ck off. But I  won’t. I’ll try to look at some of what he says.

He clearly is living in a world of 1950s Catholicism: ‘If it’s a  grievous mortal sin to commit suicide…” I’ve known several instances of  young and not so young people from a Catholic background who’ve taken  their own lives, and not once have I ever heard anything but sympathy  and sorrow from the priest who officiated at the funeral and anyone who  heard of the sad event. That stuff about ‘grievous mortal sin’ and  suicide was consigned to the theological dustbin at least forty years  ago, Sir B, and thank God it was. So the leaders of the Rising knew that  the British would react with their customary ruthlessness – and now you  are telling us that the signatories are to blame because they stood in  front of the guns which killed them, Sir B? I’ve heard of blaming the  victim but this takes that strategy to a new low. As an authority on  Yeats, Sir B (well you’re presenting a TV programme on him so you must  be an authority),  you’ll  know that Yeats fretted about his role in the

Rising: “Did that play of mine send out/Certain men the English shot?”

While a fine poet, Yeats had an inflated idea of the influence of his  poetry. He clearly hadn’t considered the possibility that the Rising  would have happened if he’d never put pen to paper. It’s called having a  big ego. You’re probably not a total stranger to that yourself, Sir B.

Maybe when you’re done with Yeats, you’d consider doing a programme on  another great Irish writer, George Bernard Shaw. The Grand Old Man had a  shrewd take on Irishmen in England which you might benefit from

“When a thoroughly worthless Irishman comes to England, and finds the  whole place full of romantic duffers…who will let him loaf and drink and  sponge and brag as long as he flatters your [the Englishman’s] sense of  moral superiority by playing the fool and degrading himself and his  country, he soon learns the antics that take you [the English] in”.