Home > Magazine > Cultures > The cuban corner/El rincon cubano > THE FUTURE OF CUBA TO BE DISCUSSED IN AN ‘ARMORED CONGRESS’?

THE FUTURE OF CUBA TO BE DISCUSSED IN AN ‘ARMORED CONGRESS’?

The PCC is defined by its constitution as the «leading force of society and of the state», the party of the vanguard and is governed, in the purest Marxist-Leninist tradition 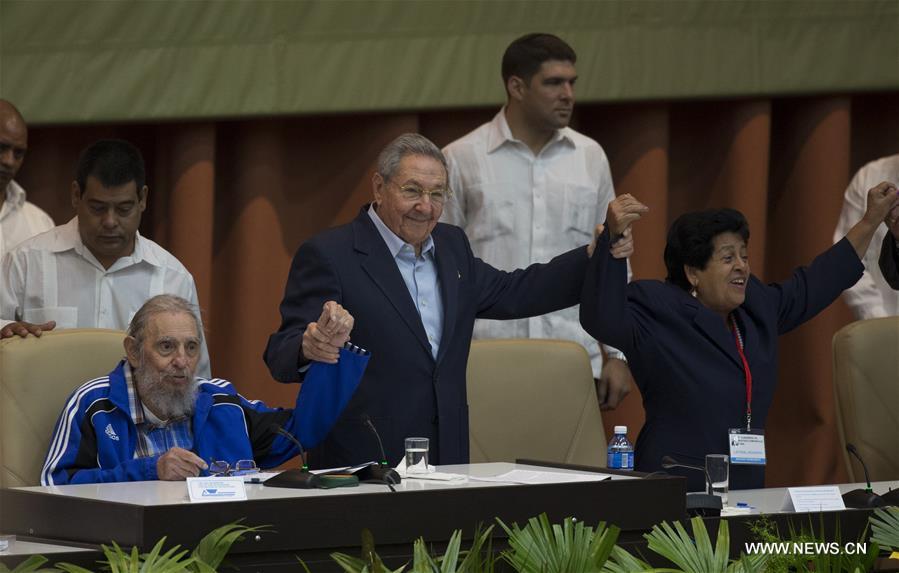 The Seventh Congress of the Communist Party of Cuba (PCC) will take place in Havana between Saturday 16 and Tuesday 19 of April. The party meeting has among its tasks responsibility to oversee the implementation of the program of economic and social changes, approved just over 4 years ago as well as to name those who will replace the so-called historical generation who have led the revolution since its beginning.?

Havana. In times of economic change and social adjustment even the dates chosen for these important party appointments have meaning: on 16 April 1961 the Cuban Revolution declared its socialist character, and just three days later, on the 19th, the revolutionary forces defeated the mercenary invasion of Playa Giron (Bay of Pigs), organized, armed and directed by the Department of Defense of the United States and the CIA. Dates, therefore, indicate that the continuity of socialism is an essential part of this important political meeting that must approve broad guidelines for national policy over the coming years.

A single leading Party, which is also broad and diverse

The PCC is defined by its constitution as  the  «leading force of society and of the state», the party of the vanguard and is governed, in the purest Marxist-Leninist tradition, by its own mechanisms of democratic centralism. However, although these statements may lead readers who are aware of Cuban reality to a biased interpretation, it may perhaps be necessary to underline that the Party has a membership of nearly half a million people, to which the more than four hundred thousand members forming its youth organization, the Union of Young Communists (UJC) must be added. In total the figure of nearly one million people involved, in a population of a little more than 11 million people, speaks of its extent and its social roots among the Cuban people .

Traditionally, both in the preparation of their congresses and at decisive moments concerning constitutional, economic, social and political issues, this party has been based on open assemblies in workplaces, education centres and local neighborhoods where proposals, opinions and criticisms were gathered and so influenced the final documents. Therefore, beyond the democratic deficits that one can blame on the ruling system in Cuba, the reality is that the CCP has taken root on the basis of building the broadest possible social consensus, within existing Cuban reality, at each moment of its history.? Breaking with past practice, however, this Congress shows all the signs of a safeguarded initiative, prepared in advance by the highest political and administrative echelons of the country.

The above statement is in reference to the short time given for preparation and organization, little and, even then, «directed» debate, and very little disclosure either of documents or general information to the country. In this unusual context the one thousand delegates attending will have to quickly pass only the guidelines for the Cuban economy and society of the near future, a future that in fact is already present, along with the fundamental decision – because this will be the focus of mainstream media – regarding the people who will be responsible for directing this process, i.e. the public successors to Fidel and Raul Castro.

The reasons for such haste involving little improvisation seem obvious at first glance: on the one hand are the sociological changes undergone by Cuba in the last two decades, in many respects, with the consequent alienation, apathy and social unrest which particularly affects young people and which somehow has definitely broken the old «consensus» in the same way in which economic changes continue to give unexpected results,, fueling endless discontent.? At the same time as far as the «interior» is concerned, the clear threat posed by the philosophy implicit in the speech (televised live nationwide) given by Barack Obama during his recent visit to Havana begins to become clearer.

The U.S. President’s message was a clear and explicit one precisely targeting Cuban youth. A speech with a very contemporary and modern look, proposing the gradual restoration of a democratic and inclusive version of capitalism, apparently pure but one that does not exist anywhere in the known world if not in its current neo-liberal version. But mirage and social «naivete» may in this case be fatal: trading national sovereignty for an uncertain path. A path that Cuba had already experienced from the late nineteenth to the mid twentieth century, but that the great majority of young Cubans do not know despite saturation by the official media of this fundamental historical fact. Which is surely why Obama very deliberately called out, in his speech, to «forget» the past, even that most recent.

A complicated present, an open future

The Cuban nation is living in a complicated present that goes beyond nominal successions: its future appears to be open and has to be written its social and economic outcomes  assessed day by day.? Obama said in Havana that the U.S. will respect Cuban sovereignty, but given the experience of other places and geographies, that may not be the whole truth, as anyone who wants to can witness. Those ephemeral statements ultimately depend on circumstances and contexts, in this case including specific Latin American ones.

While the VII Congress of the CCP will take some important decisions in the coming days – and there will be time to unravel what, in a planned manner, had been agreed before by the historic leaders of the Cuban Revolution and which the delegates of the Congress without? doubt will ratify – we should not now expect political and institutional changes, because it is not time for that. Either way however the agreements this Congress will ratify cannot remain merely  words or written documents, the risk is too great, they must be verified in practice and with results.

The names and the corresponding positions of the new generation of leaders – who have already been «decided» clearly before the Congress – will have the task of modernizing and producing a viable socio-economic continuity of the Cuban Revolution. They are fairly predictable, they are already well known faces in the government, the party and in parliament.

There is no doubt that this new leadership will be collegial  in nature, made up of names already known and with the political line agreed in advance. But unlike other times, this time of transformation, the time to show results, is today become less, becoming more and more limited.