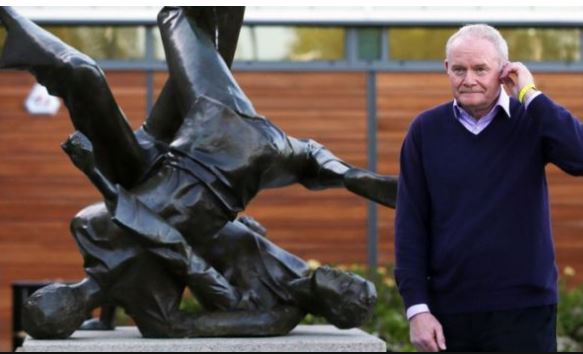 The final results of the election in the North of Ireland show some changes in the composition of the new Assembly. While Republican party Sinn Fein and Unionist party DUP, the two parties in government, substantially maintained the seats they had (38 the DUP, as before, 28 Sinn Fein, one less than before) there have been a few noteworthy changes.

There is in fact one new entry in this Assembly: the socialist coalition People before Profit won 2 seats (one in West Belfast and one in Derry). The coalition (active both in the North of Ireland and the Republic) confirmed a trend initiated with the election of Gerry Carroll at Belfast Council in 2011. On Thursday Carroll got a seat in the republican strong hold of West Belfast while in Derry veteran socialist and civil rights activist Eamonn McCann, who was supported in his campaign by republican MP Bernadette McAliskey, got elected.

The Green Party was also happy as it increased its seat from 1 to 2.

Sinn Fein, as said, lost 1 seat, in West Belfast. The party President, Gerry Adams, commented today that “all MLA (deputies) are honoured to receive a new mandate to continue to represent the people and the communities of the north. Along with our colleagues who were recently elected to the Dáil and the Seanad (in the Republic of Ireland) – said Adams – we pledge to continue our efforts in the time ahead to ensure that real solutions are found to the problems affecting our communities”.

The republican leader stressed that “our focus will be on job creation; the provision of homes; and the delivery of the education and employment opportunities our young people need. Sinn Féin is committed to bringing about the real change that citizens have voted for, including ending divisions and uniting the people of Ireland”.

The unionist of the DUP under the new leadership of Arlene Foster, kept their 38 seats which will also allow them to keep Foster as First Minister. Sinn Fein Martin McGuinness will be confirmed deputy First Minister, after winning his seat in Derry.

Among nationalist parties, the SDLP lost 2 seats and some 2.2% when it comes to the overall vote. This drop is, as commentator Chris Donnelly put it, “a deeply worrying sign of their irrelevance that nationalists chose a fringe socialist candidate as the vehicle for their protest message as opposed to the party which once held the MP seat in West Belfast”.

DUP (Democratic Unionist Party) 38 – this is the party of the late reverend Ian Paisley, well known for his ultra conservatory stances and unconditional loyalty to the union with Great Britain.

Sinn Fein 28  – Republican Party led by Gerry Adams, the main party in the fight against British occupation of the 6 Counties in the North of Ireland

People Before Profit 2 – The PBPA was established, in both the Republic of Ireland and the 6 Counties, by the Socialist Workers Party. In 2007 the Community & Workers Action Group of south Dublin (CWAG) joined the Alliance