British Prime Minister David Cameron might resign after results from his referendum on EU membership show it pulling Britain and the north of Ireland out of the European Union by a total vote of an estimated 51.7% to 48.3% 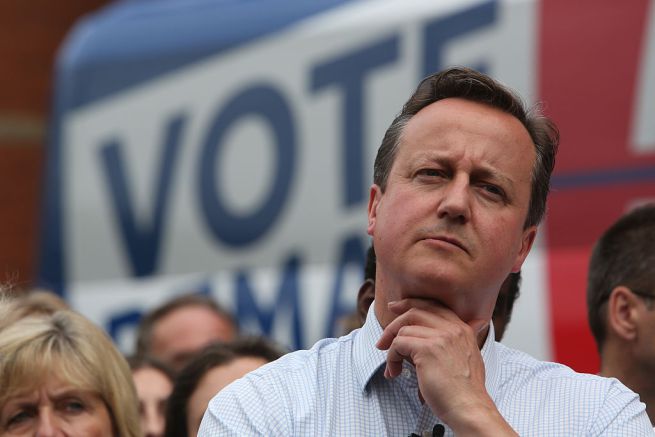 British Prime Minister David Cameron might resign after  results from his referendum on EU membership show it pulling Britain and  the north of Ireland out of the European Union by a total vote of an  estimated 51.7% to 48.3%.

Opinion polls published ahead of the vote once again proved wildly  incorrect as the ‘Leave’ vote gained a majority of almost a million  votes by 5am this Friday morning.

The «Leave» camp did much better than expected in the post-industrial  northern English towns and the Labour-voting former mining valleys in  Wales. Significantly, the north of Ireland and Scotland showed clear  majorities for remaining in the EU, with 56% and 62% in favour of  ‘Remain’ respectively, while England and Wales voted for ‘Leave’  by some 54% and 52% respectively.

Amid profound financial and political upheaval, Labour leader Jeremy  Corbyn is set to call on David Cameron to resign if he does not depart  of his own accord, according to reports. Hilary Benn, the shadow foreign  secretary, said he believed David Cameron would quit.

«If you are the prime minister, you’ve called this referendum, you’ve  laid your reputation on the line and your arguments, I think it’s going  to be very hard,» he said.

The results of the referendum painted a picture of Britain as a deeply  divided state, fractured along lines of region, class, age, and, in the  Six Counties, along sectarian lines. The poll released a wave of  hostility in England against immigrants and foreigners in general,  culminating in a fatal gun and knife attack on Labour MP Jo Cox, who had  campaigned on behalf of Syrian refugees.

In the north of Ireland, there was a strong trend towards remaining in  the EU in nationalist constituencies, and for leaving in unionist  constituencies.  The strongest ‘Remain’ votes were in Derry, where 78%  backed EU membership, followed by west Belfast at 74%, while the  strongest ‘Leave’ votes were in north Antrim, where 62% backed ‘Leave’,  followed by Strangford at 56%.

The biggest surpirse of the night was in Wales, where only 5 of the 22  Welsh authorities voted to remain, the rest for ‘Leave’. ‘Remain’  campaigners saw the result as a protest against the establishment and  Tory austerity as well as immigration. There was a similar story across  swathes of England, where industrial and working class areas voted  strongly for ‘Leave’, while the wealthier and more cosmopolitan  constituencies of London and other southern urban centres voted strongly  for ‘Remain’.

There was a very clear divide between Scotland and England, with voters  north of the border showing much stronger support for ‘Remain’. In  Glasgow, Scotland’s largest city, voters backed ‘Remain’ by a margin of  two to one, with 67% in favour of staying in Europe, compared to 33% who  backed a Brexit.

Former SNP leader Alex Salmond said the result of the referendum warned  that Scots could hold a second independence referendum if the country is  «dragged» out of the European Union.

In the north of Ireland, Sinn Fein looks set to to press ahead with its  demands for a border poll, but has not yet made a definitive statement.  Speaking as the results came in early this morning, Sinn Fein’s  national chairman Declan Kearney said Brexit will have «massive  ramifications for the British State as we know it».