Ivan Cepeda is currently a senator for the Alternative Democratic Pole, and a prominent member of MOVICE, a group of associations of victims of State terrorism 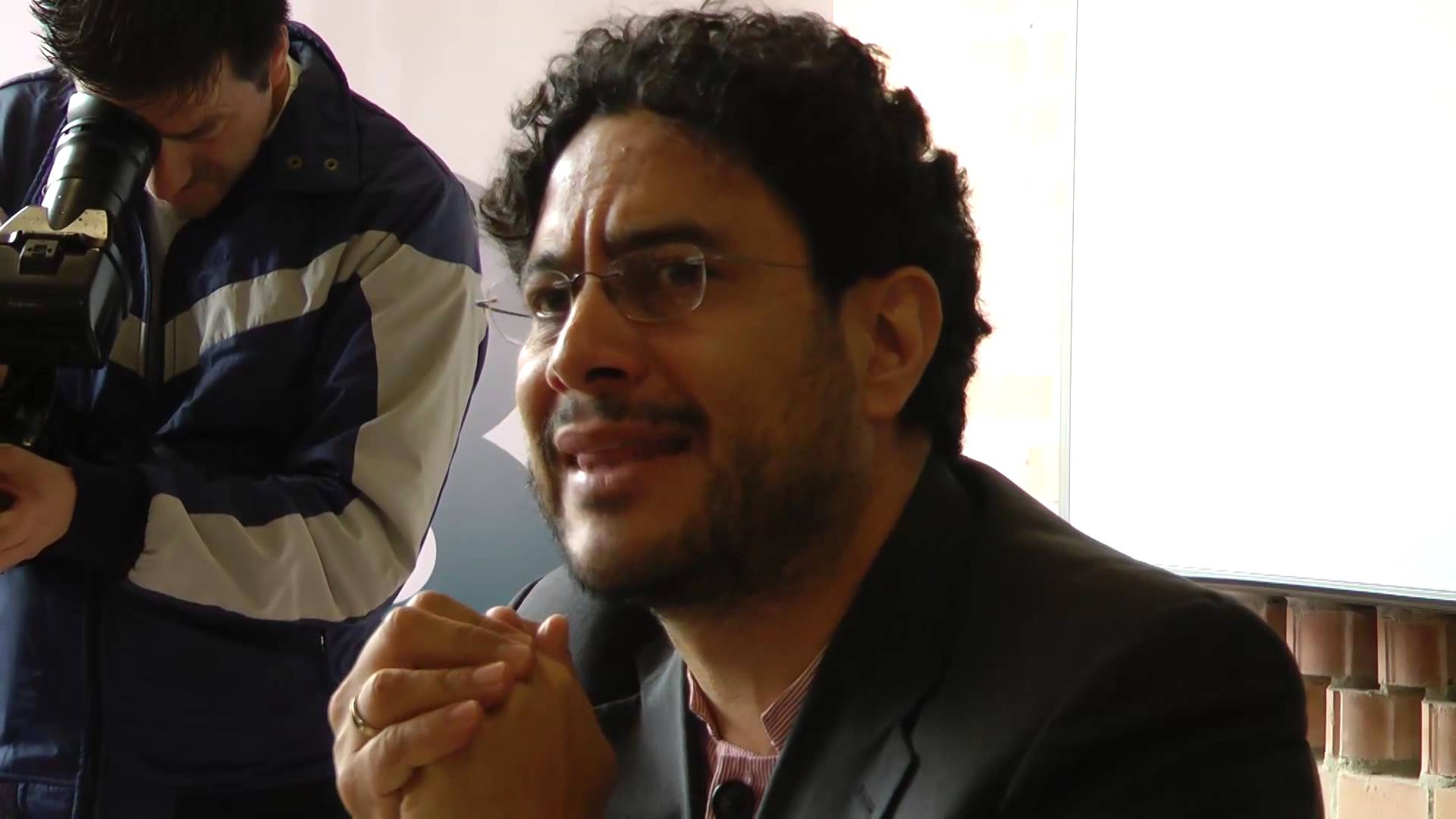 Havana. Born in Bogota in 1962, Ivan Cepeda is currently a senator for the Alternative Democratic Pole, and a prominent member of MOVICE, a group of associations of victims of State terrorism. His father was a leader of the Communist Party and a prominent leader of the Patriotic Union, and was murdered in 1994. Graduated in Philosophy, a specialist in international and humanitarian law Iván Cepeda is undoubtedly one of the most authoritative voices in Colombia committed to human rights and peace in his country.

Recently the government and the FARC have signed in Havana an agreement on a bilateral ceasefire and a sort of roadmap for concentration areas for guerrillas and subsequent decommissioning of arms to be carried out under international verification. The Havana talks seem to have reached a point of no return. How do you view these agreements??

It is neither more nor less than the official declaration of termination of the armed conflict in military terms. I means ending more than half a century of fighting that has left millions of victims in Colombia. It is an agreement that divides the contemporary history of our society in two and marks the beginning of a new era which will allow to democratize the country, develop social struggles without the danger of physical elimination of those who want social change. It is also the result of an agreement developed by the military and the guerrillas, which makes it even more important. It is not peace, but it is the beginning of building peace.

Everything, however, is still pending a final agreement.

Neuralgic issues remains to be agreed, it’s true. For example the whole question of the way how the FARC-EP will rejoin the social, political and economic life while undergoing a transformation into a civil and legal force. There are other issues too:  the guerrilla political participation, compliance with the agreements, their legal implementation and the issue of international and national verification of that implementation. Then comes the countersignature of the agreements by popular vote and the period in which the guerrillas will remain in peace areas where they will have to put weapons beyond use under international verification. This will be a period in which security guarantees will be tested and during which paramilitary structures will have to be defeated as well as those sections of the extreme right which no doubt will try to undermine peace.

Negotiations with the ELN (National Liberation Army), the other guerrilla force still active in Colombia, have not begun yet. Could this be a problem??

I am convinced that peace with the ELN is essential and it is also possible at this stage, simultaneously, with the construction of peace agreements coming from Havana. I do not share the skepticism about this process nor the idea that making peace with the other historical guerrilla movement is an impossible task. In fact already was recorded a first landmark agreement between the government and the ELN: the preparation of the agenda of talks and the decision to establish the table of dialogue. I am confident that in the coming weeks that table will be established and we’ll see a successful process with the ELN.

The process of peace talks between the FARC and the government in Havana begun over three and a half years ago. What impact do these dialogues have in Colombian society?

I think that is the most important political achievement that has occurred in the country in years, the most democratic event that has occurred, which has allowed the emergence of a new political situation. I do not think it’s coincidence that the years of the process are also those of the largest social mobilization in decades. The peace process has allowed, in many areas affected by the conflict, the possibility for organizations and communities to speak out: all these sectors have come out to protect, defend and support the peace process. In my view it is the expression of the positive impact the process of talks has had on the country.

Perhaps one of the most complicated issues, given the magnitude of the figures in this conflict, is that relating to victims and justice. How do you assess the progress made so far?

I’m a member of the national movement of victims of State crimes. We have raised an essential discussion about what it means “repairing” and who are the victims. It would be absurd to think that the armed conflict and the violence that occurred would not have left a heavy burden of pain and suffering at all levels of society. Almost every Colombian family has been affected by this conflict and this burden of pain and suffering must be give a solution in the framework of the agreements.?Many victims are in the rural sections of the society: there are official reports saying that 6 out of 10 victims are indeed farmers or of rural origins. Now the question is what is reparation, justice for these victims? Some would simply like to reduce the problem to a question that seems «mandatory» for public opinion: will the leaders of the guerrillas end up in jail? ?And a second issue that is substantial and that also has to do with thousands of victims, is what measures will be taken to ensure that sectors that have literally been exterminated in Colombia could exercise their political rights. I mean of course the Communist Party, the Union Patriotica, peasant organizations, etc …. I I believe that the measures discussed in this specific point of victims should be related to the second point that has been agreed, ie there must be a process of creating conditions for these organizations of victims are compensated at political level, at historical truth level and in terms of recovery of their rights. And of course here is the problem of historical truth.

Could truth be sacrificed in the name of achieving a final agreement??

In Havana for the first time was produced a report with an official character, the result of a political agreement, in which there is more than one version of the story, ie you can see reality from different perspectives. This shows that we are talking seriously: this report is a kind of patchwork quilt, as we say. In this report there are specialists, very respectable, who have said things that had not officially been said. I name one, a simple one: it was for the first time officially stated that the United States have been directly involved in the armed conflict, and have used the «war on drugs» as a pretext to intervene in Colombia. At the end of the peace process there will be a shared narrative among citizens in Colombia about historical reality. Surely it will take decades for us decant what has been the Colombian reality.?There is a great debate about the question of recognition of responsibilities at the highest level and of course there is the issue of non-repetition that is crucial for the rights of victims.

There is a section which wrongly identifies an agreement with the FARC and the decommissioning of arms with peace. What do you think about this??

The idea that the guerrillas would disarm and that, by a kind of magical act, the possibility of armed conflict in Colombia in the future will disappeared, is a false idea. The big question here is: What about paramilitarism? That apparent «small detail» remains a reality very present in many rural areas and in many cities.?Here are a spectrum of very serious issues that need to be addressed. Answers are to be found and that is what talks in Havana are trying to do. There should be a satisfactory model for all victims, those caused by the State and political power, by the guerrillas and others. We will have to take responsibility and consequently sanctions, but the question we have to ask ourselves is whether we want this process to be successful and sustainable over time.