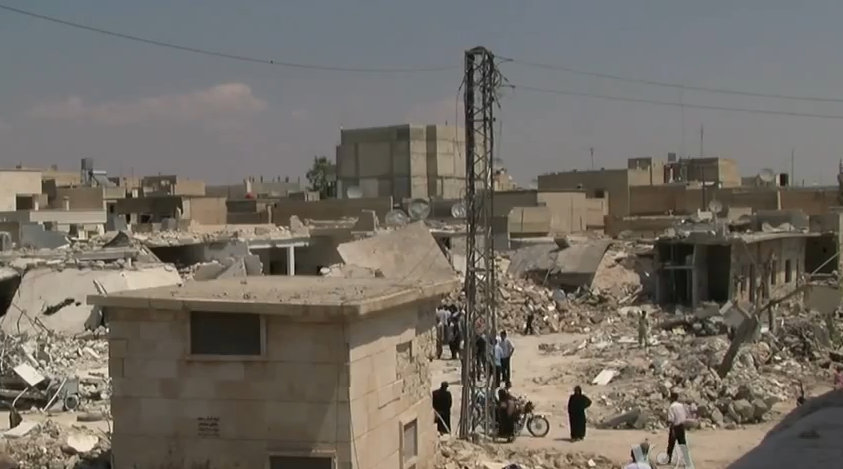 According to Firat News Agency citizens in the villages on the border line between Bakûrê Kurdistan and the Efrîn Canton say the Turkish state sent 20 trucks loaded with weapons and ammunition deployed from the Bokolmaz military base across the Dêr Belot village in the Cindirêsê district to Ahrar Al Sham and Jabhat Fatah Al Sham (Al Qaeda/Jabhat Al Nusra) who have settled in the Atma camp in Idlib.

The villagers said the Turkish state tried to keep them away from the border by shooting guns to scare the civilians away so that the delivery of the ammunition would not be seen.

With the ceasefire in Aleppo failing and Turkey’s plans in the Shehba region facing resistance from the Revolutionary Forces, there is war preparation activity in rural Aleppo and the city center.

The Nûredîn El Zinkî gang in the Euphrates Shield operation ran by the Turkish state had stated that the fourth stage of the operation was the siege of Aleppo and sending aid to the gangs inside.

In his statement yesterday, Turkish President Recep Tayyip Erdo?an said they will advance up to Bab. Al-Jabha al-Shamiya gang also made a statement on the matter and said they meant to invade Bab.

The Turkish state gathers gang groups around Aleppo and Bab and dispatches weapons to the gangs.