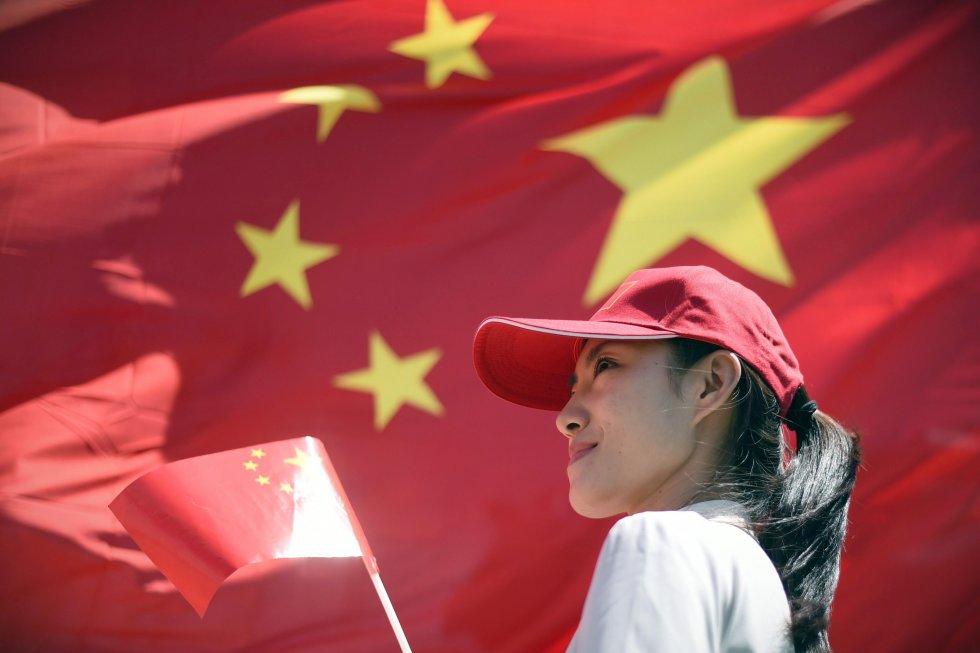 “The law states that its aim is to “spread core socialist values”, “enrich the masses’ spiritual and cultural life”, and set ground rules for the industry.” The Guardian newspaper reported.

Alongside measures to protect against box-office fraud, the legislation addresses issues that should be key to an understanding of the Party’s relationship to cultural development in a world which is rapidly changing?

While the Hollywood Reporter’s concerns are more pragmatic (China Adopts Film Law, With Mixed Implications for Hollywood), box office sales, investment, taxation and co-production, the implications of some of the legislation drew attention:

“In order to secure access to China’s growing film market, which is expected to top North America’s in 2018, Hollywood studios already self-censor their biggest tentpole releases to ensure that they do not contain story elements that might offend Chinese political sensibilities. Any negative portrayal of the Chinese state or even a passing mention of Taiwanese or Tibetan independence, for example, are no-gos. But the wording of the new guideline appears designed to provide a legal basis for banning overseas studios or individuals from engaging in the Chinese industry even if they make a statement that is politically taboo, from the Chinese government’s perspective, somewhere overseas, outside of China’s immediate sphere altogether.”

Other than concerns around ‘free-speech’ and censorship, those of us concerned with cultural work or production now need to assess how the enormous weight the Chinese Party (founded in 1921) is able to bring to these issues in the new century will impact on a key area some of us believe crucial in developing the ‘psychological infrastructure’ for a culture of liberation in the short, mid and long term, in order to address the catastrophic ongoing development of commodity production that has come to define all our lives…

The legislation, at first glance, unfortunately seems more to avoid the psychic or ‘spiritual’ infrastructure of what a “socialist man or woman” might be created from than the equally pragmatic administration of a industry with now almost global implications. Meaning the “Base” continues to ‘determine’ through the exercise of power and the “Superstructures” are thus inevitably (or eventually) determined?

We might question how Ernesto’s Guevara’s notion of the ‘socialist human being’ (“The road is long and, in part, unknown. We recognize our limitations. We will make the human being of the 21st century — we, ourselves. We will forge ourselves in daily action, creating a new man and woman with a new technology…”) might guide us to an understanding here:

” I think the place to start is to recognize the individual’s quality of incompleteness, of being an unfinished product. The vestiges of the past are brought into the present in one’s consciousness, and a continual labor is necessary to eradicate them. The process is two-sided. On the one hand, society acts through direct and indirect education; on the other, the individual submits to a conscious process of self-education. The new society in formation has to compete fiercely with the past. This past makes itself felt not only in one’s consciousness — in which the residue of an education systematically oriented toward isolating the individual still weighs heavily — but also through the very character of this transition period in which commodity relations still persist. The commodity is the economic cell of capitalist society. So long as it exists its effects will make themselves felt in the organization of production and, consequently, in consciousness.”

The fact that film in the early days of 20th century was considered a radical tool for social change (“You must remember always that of all the arts the most important for us is the cinema” Lenin said to Lunacharsky in February 1922) raises the question of whether there is any validity left now that the power of all productions seems only to be stored in its commodity value and other considerations carry no weight?

What is articulated, the Xinhua News Agency, the official press agency of the People’s Republic of China (whose president is a member of the Central Committee of the Party), tells us: is an inventory of the concerns of the party in a section entitled “Socialist interests”: listing the key component expected in a cultural production that should give expression to almost 70 years of communist rule:

Film Makers should  “serve the people and socialism, prioritizing social benefits and bringing about harmony of economic returns and contribution to society…”

Finally in response to some recent scandals, the legislation specifies that “actors, directors and other staff should be ‘excellent in both moral integrity and film art,’ maintain self-discipline and build a positive public image.”

There will also be established a “professional ethics committee,” whose purpose is to “guide organizations and people in the radio, film and media circles to practice “core socialist values.”

The well known Shanghai actress Qin Yi, who survived despite being targeted during the Cultural Revolution and now 95 years old, commented: “all actors, as public figures, should take responsibilities for their words and deeds…the law will spur actors to improve their morals and professionalism, which is good for the entire industry.”

Currently “Only 34 foreign films are given cinema releases each year under a quota set by Beijing, and all are subject to official censorship of content deemed politically sensitive or obscene.” The Guardian tells us, and in a September article: ‘No ghosts. No gay love stories. No nudity’: tales of film-making in China’  Ilaria Maria Sala outlines some of the contradiction of the apparent current clash in cultures:

“China is moving towards Hollywood, too. In an effort spearheaded by billionaire Wang Jianlin, the Dalian Wanda Group has been investing in anything that is for sale in Tinseltown, including Batman producers Legendary Entertainment and the cinema chain AMC, and is currently angling to acquire Paramount. Meanwhile, Hollywood increasingly has to comply with China’s written and unwritten regulations, and make countless compromises, to produce audience-pleasing blockbusters that satisfy the censors. And in order to bypass the quota that China sets for foreign movies (34 a year), US studios have started to make co-productions with Chinese ones – adapting further to China’s requests, censorship and regulations in order to do so.”

Socialist content in a capitalist form..?..you might say, looking back now to the debates in the 1930’s that involved Bertolt Brecht (“…but more importantly, he now agrees with Lenin that it is ridiculous to suggest that a new proletarian art which owes nothing to literary tradition can be created – Bela Kiralyfalvi below), Georg Lukács, (“Art is unlike history which is a science intended to broaden man’s awareness of his social development. Art is anthropomorphic reflection designed to broaden man’s self-awareness” – ) Walter Benjamin and others with a commitment to  international (as opposed to Zhadanovian) ‘socialist realism’…

How “socialist interests” will be met and contribute to the future of humankind still appears to be an open question, but now, one, somehow lost within the maze of this enormous machine that production and our small world have turned into…

“There remains a long way to go in constructing the economic base, and the temptation is very great to follow the beaten track of material interest as the lever with which to accelerate development.” (Ernesto Guevara)

…And while the ‘ideas’ of ‘serving the people and socialism’,  and ‘socialist core values’ stays on the agenda there seems to be no less an impasse in the People’s Republic, still under Party rule on behalf of the proletarian revolution of 1949, despite all its economic progress, than the one we experience here in the so called “free world” leaving me to wonder, at this critical juncture in our practice, (alongside our hope that the future will build itself from the bones of past struggles) whether there is any practice now that supports the deep structure and complex task that was recently articulated here in Global Rights:

“But always from the word we must start, or restart. And today, as always, the one that has greater inherent strength is the poetic word…

Only by imagining and desiring another world, other social systems and relationships, in fact, the change becomes concrete. Only by recovering forgotten and subtracted vocabularies, by rebuilding proper syntax and new grammars, subversion becomes viable.

Only by patiently building the places where those vocabularies, syntax and grammar can interchange and recognize themselves, will the words regain destruens and costruens strength, and try to indicate and to practice ways and paths of transformation.” (Sergio Segio)

Or as Guevara said: “To build communism it is necessary, simultaneous with the new material foundations, to build the new man and woman.”

How bright and brave they look, shouldering five-foot rifles

On the parade ground lit up by the first gleams of day.

They love their battle array, not silks and satins.

INSCRIPTION  ON  A  PHOTOGRAPH

…while the law, apparently, is the first of its kind in China, currently the world’s second largest film market, and will take effect on March 1, 2017, Xinhua reported.

Sergio Segio: The forms and places of unsuspected subversion