Home > Magazine > Cultures > Jami Proctor Xu. My poems open up conversations in which people share their experiences with me

Jami Proctor Xu. My poems open up conversations in which people share their experiences with me

Jami Proctor Xu 徐贞敏 is a poet, translator, artist, and mother. She writes in Chinese and English 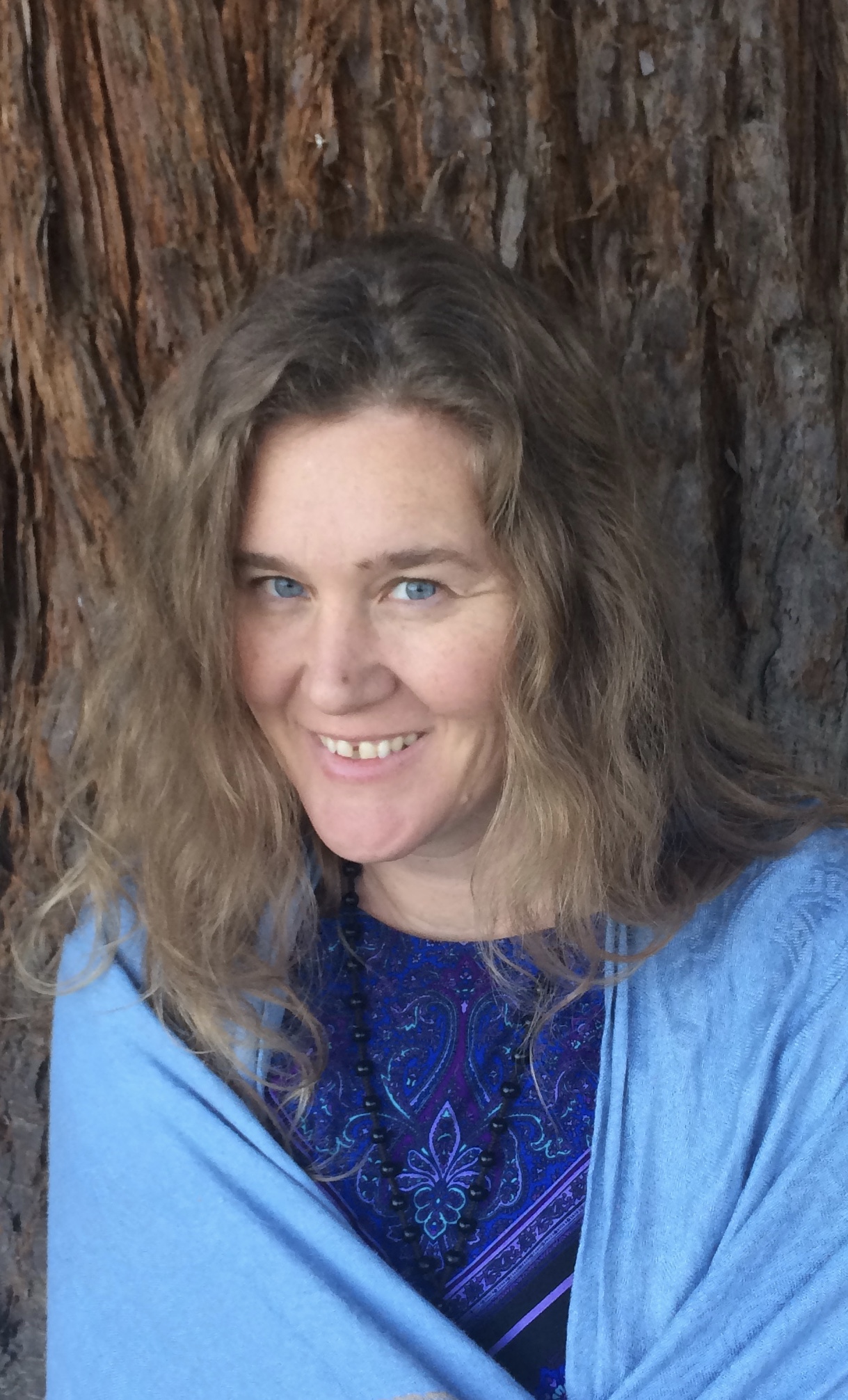 Jami Proctor Xu 徐贞敏 is a poet, translator, artist, and mother. She writes in Chinese and English

This interview is the first of a series made by poet Anna Lombardo with other poets around the world.

Jami Proctor Xu  徐贞敏 is a poet, translator, artist, and mother. She writes in Chinese and English. She grew up in Tucson, Arizona, and currently splits her time between Northern California and China. Her Chinese poetry collections include Shimmers  轻轻的闪光 (EMS: Du Shi Series, 2013) and Suddenly Starting to Dance 突然起舞 (Yi Press, 2016). Her English chapbook, Hummingbird Ignites a Star, was published in 2014. Her poems appear frequently in journals and anthologies in China and the US, and have been translated into Vietnamese, Bengali, and Spanish. Jami has translated collections by the Chinese poets Jidi Majia and Song Lin, which are forthcoming next year. In 2016 she co-organized an international poetry event for the International Writing Center at Beijing Normal University. In 2013 she received a Zhujiang Poetry Award for a non-Chinese poet who has made a contribution to contemporary Chinese poetry.

When did you start to write poems?

I started writing poems when I was in elementary school, but in Tucson poetry was never emphasized at school, and we never had poets visit our classrooms. Even though I won a poetry contest in high school, I didn’t think of making a life as a poet until I was in grad school and met several Chinese poets. I think also because I was shy I was hesitant to publish my work, but poets like Zhai Yongming, Song Lin, and Shu Cai encouraged me until I got over my hesitation about putting my work out in the world. I actually had always wanted to be a writer, and most of my teachers all through school said I should be a writer,  but I imagined writing fiction first. I’d planned to move to China after I graduated from college and to write fiction there, but a close friend and mentor committed suicide a few months before I was supposed to go, and I ended up staying in the US and studying Chinese Literature instead. So I haven’t written fiction yet, but I will some day.

What is your inspiration? An image, a feeling, a fact…. in other words how does the process of creation work for you?

I don’t have a set writing process. Often, my poems begin as a combination of images and feelings I see-feel inside. As they recur, they begin accumulating words, and then they burst forth as lines and become a poem. Sometimes something happens that sets a poem or a set of poems into motion. I have a set of poems about a blackbird nest, an egg, and a baby blackbird that came after my son found a blackbird nest in our yard on the tenth anniversary of a friend’s suicide. The baby bird flew from the nest that day, and later the bird and nest became their own poems. I have another set of poems that began with a group of Urdu words a Pakistani poet taught me when we were at a poetry festival together in China. He and I had been speaking of US violence in Pakistan and around the world, and the Urdu words he taught me began triggering ideas for poems, some of them woven into stories he’d shared with me, others woven through news stories I read later. Many of my poems begin from encounters—with a place, a person, a bird, a tree, a stretch of sky—and weave in feelings, history, memories, lines from other poems, etc. I like to be open to create in different ways.

Poetry, as writing, is in some way an individual act, an intimate conversation that the poet decides to share more or less with the readers. Do you agree? And in which way this act of ‘sharing conversation’ can encourage women to come out and take their destiny into their own hand?

I think poetry is an individual act, in the sense that the actual writing mostly takes place when I’m alone, but for me, poetry is a kind of communication—between nature, people, time-space, moments, and the poet. It’s a way of saying, “Here, this is how I experienced this,” or “I saw and felt this moment like this,” or, “I’m trying to understand this, though it still doesn’t make sense,” and sharing with others who are there to share their responses. One of my favorite things about being a poet is that often my poems open up conversations in which people share their experiences with me—sharing painful things they’ve never spoken about before,  sharing beautiful things they’ve seen or touched, or sharing different stories from their past, or even sharing difficulties they’re facing in their lives. I think sharing is one of the main ways we heal.

I do think that the kind of conversations poetry and art open up can encourage all of us, women and men, girls and boys, to find their own voices and to become who they truly want to be rather than merely following what they feel they are expected to do and who they are expected to become. Poetry can teach us to listen to the voices in our minds telling us: this is what you really want. Or, it can teach us to trust our intuition. One thing that inspires me in Brenda Hillman’s work is that her voice is so much her own. There is a boldness in her expression that is totally her own; I find strength in that, and often return to her work for inspiration to fearlessly write from internal spaces that feel fragmented or broken. I think poetry can allow us to give ourselves permission to be—in ways that don’t make sense to other people. It is part of the ongoing process of becoming, and of finding our own voices and being willing and able to express them.

You are also a translator from Chinese (very difficult language for most of us, certainly for me) can you tell how this came about? And what does it mean for you as a poet? Do you think , as Anna does, that translation is also a commitment to those poets who haven’t voice in other countries and sometimes also in their own country?

I initially began studying Chinese because I was working at a family-owned Chinese restaurant in Tucson and hearing the owners’ stories about China made me want to go there. I changed my major to Chinese my sophomore year of college and then spent my junior year in Beijing. During my MA and PhD, we regularly translated as part of our coursework, but it was going to a reading Bob Hass gave in San Francisco that made me think I should translate the work of some contemporary Chinese poets. He was talking about translating Milosz’s work, and he read some of his translations during the reading. At that time, I was already friends with some of the more well-known contemporary Chinese poets and I felt frustrated their work wasn’t available to English translation, so I thought, “Maybe I should translate some of their works.” I do think translation is a commitment to poets whose voices haven’t been heard in other countries. Up until very recently, even the work of the most well-known contemporary Chinese poets hadn’t been translated and published in the US. Now more people are translating Chinese poetry, so this is slowly changing, but there is still a long way to go. As you say, translation can also be a commitment to poets whose voices are being overlooked in their own countries, or to poets who might not be published overseas because their works don’t fit within a certain political ideology journals in the US or Europe want to propagate.

Translation, like writing, to me is also a kind of communication, or it’s something that makes communication possible. I love the close reading it requires, and also the process of going through the poems with the poets as I translate their work. My usual process is to translate a rough draft of the poems, and then meet with the poet and go through the poems, asking about the nuances of different words, and finding out if there’s a background story for the poems. Then I revise the translations with those conversations in mind. My friendships with the poets I’ve translated have deepened through these conversations, and I feel I’ve grown as a poet from being so far inside the work of other poets.

What can you say about Cerete Festival?

The Cerete Festival was one of the most positive poetry festivals I’ve attended, which is saying a lot since I’ve been attending poetry festivals since 2008. Lena, Irina, and the other organizers put together a festival that reaches children and adults in the countryside as well as towns and cities. I love reading for and interacting with girls, boys, women and men from so many different backgrounds and hearing them read their work and having the chance to talk to them a bit. Obviously, I think it’s incredibly important that Lena has been running a women’s poetry festival for the past twenty-three years. There are so many festivals where they only invite a few women poets and the rest are men, it makes this kind of festival even more necessary and vital. The festival also provides a chance for the poets attending to come together and talk about issues we face as women poets, and as women living in different parts of the world. I felt inspired by my time there and grateful for the friends I made.

Can you give us some comments about the American election? What do you think this will bring in terms of more freedom for women and in particularly for women poets?

I felt numb after the election results came in, and then anger and sadness set in. Before the election, I’d said I would leave the US if Trump won, but now I feel it is important to stay and to fight against the racism, xenophobia, and sexism that his win in the electoral college seems to condone. I think it’s important to remember that he didn’t win the popular vote, because it means more people voted against him than voted for him, but enough people did vote for him, that it’s created further distrust and fear among many people in the US. I think the election means we’re at greater risk of losing many freedoms, and that it’s a call to action for all those who oppose hatred. We have to work even harder against the racism, sexism, and xenophobia that have actually always been present in US society. I also worry what it means for the environment. Today I was at a protest in solidarity with the protestors in Standing Rock. I think as women poets we have to be involved in these fights that will affect both the current and future generations. 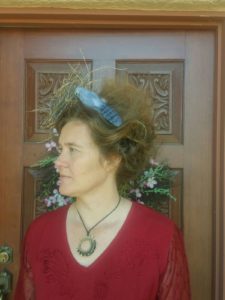 * Anna Lombardo is a poet, journalist and teacher. She lives in Venice.