Home > Magazine > Cultures > ON A DAY THIS WEEK > The murder of Sakine, Fidan and Leyla: Many Questions to Answer

The murder of Sakine, Fidan and Leyla: Many Questions to Answer

//
Orsola Casagrande
/
ON A DAY THIS WEEK, Talking Peace 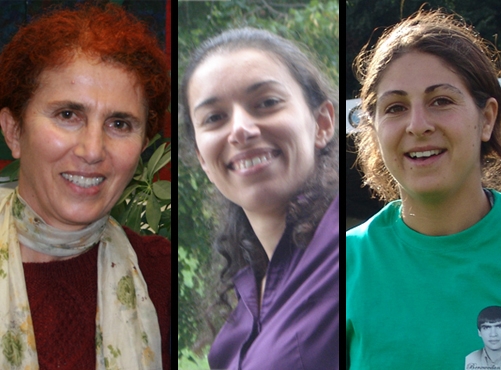 On the evening of 9 January 2013 Fidan Dogan (Rojbin), Sakine Cansiz (Sara) and Leyla Saylemez’s friends started to look for them after not hearing anything from them. On the same night at about 01:15, when they opened the Kurdistan Information office’s door where Fidan Dogan worked, they were confronted with the three bloody bodies of the Kurdish women.

French police officers were called immediately to the scene. The initial findings showed that the three Kurdish woman did not use their phones after 12:00 on 9 January.

Despite the assault happening on the busy street of Rue La Fayette so close to the Train Station Gare du Nord in central Paris, not one witness could be found who had any knowledge at all about the assault!
The incident became major international news item. Thousands of Kurdish and Kurdish supporters came to Paris from all over Europe. They were distressed and furious.

On the 10 January, France‘s Minister of the Interior Manuel Valls came to the Kurdish Information office to make investigations and he gave speech on behalf of the French Government. He described the case as a political murder and he pledged that the police team was working seriously on the case and they were attempting to show high performance to solve the case in a short time. Thousands of Kurdish and fellow supporters filled the streets of Paris to send the bodies of the three Kurdish women back to their homeland in a magnificent ceremony, during which they all together raised their voices in unison saying that they wanted justice.
While several Kurdish organisations started an investigation into the assault immediately, they warned the shocked and angry Kurdish people to express peacfully their demand of justice and the apprehending of the murderer/s.
It has been established that the last person who entered the Kurdistan Information Office was Omer Guney, and this information was shared with the French Police. However, Omer Guney was not taken into custody till 18 January, even then he was released after his initial questioning.
After being kept in custody for four days, it was mentioned that he had been arrested in a press release on 22 January. The prosecution office announced that Omer Guney was the first suspect in the case. Gunpowder traces, the time that he entered to crime scene and his unclarified 46 minutes during that day were suspicious evidence against him. Well, what happened after that?
Since the assault was exposed in the early hours of 10 January, all Kurdish institutes in Paris were contacted to try and obtain information about the assault. Over a period of six months the judge in charge of the case interviewed the three Kurdish women’s family for four hours.
Despite his word that he was working 24/7 on the case, he finally only established Omer Guney’s connection with the criminal case.
However, they did not uncover any information about who was actually behind the slaughter. All France intelligence was silent, they did not share the knowledge that was in their possession with the case’s judges.
The Turkish government was also not providing any information. After six months it was said to the Kurdish families that they had arrested the murderer, however they did not know who supported the murderer.
In May 2015 the French prosecutors said they ended their investigation.
Guney, who was confirmed as working for the Turkish Intelligence Service (MIT), was to be brought to trial, first on December 5, but last June the date was changed and the first hearing was then scheduled to start on 23 January 2017.
But the man died, under uncleared circumstances, in the Paris hospital where he was held on December 17, following, the authorities said “a battle with a serious brain problem”.
The lawyers for the families of the victims issued a statement expressing the “anger of the families of the victims, deprived of a public trial for which they had waited for nearly four years; families, who had placed their hopes in the French justice system”.
A separate statement by the families asked why the investigation into the killings had taken almost 3 years and suspicions that the court hearing had been postponed because it was known that Guney would die, thus absolving the Turkish state of involvement and French authorities of responsibility.
Judicial sources said that French investigators had concluded that members of the Turkish secret service, MIT, were involved in the triple murder.
But the investigations did not establish whether these agents acted “with the backing of their superiors” or “without the knowledge of the secret service in order to discredit or harm the peace process”.
Despite denying charges, video surveillance of Guney entering the Kurdish centre moments before the killings emerged; as well as DNA of one of the victims on his parka and traces of gunpowder in his bag.
Guney had infiltrated Kurdish organisations two years before the murders and was an ultra-nationalist Turk confirmed his relatives.
The Turkish MIT officially denied any role in the killings in January 2014 a year after the incident however voice recordings belonging to Guney and MIT agents were leaked on the internet providing evidence of the connection.