A woman candidate for Sinn Fein in Assembly elections 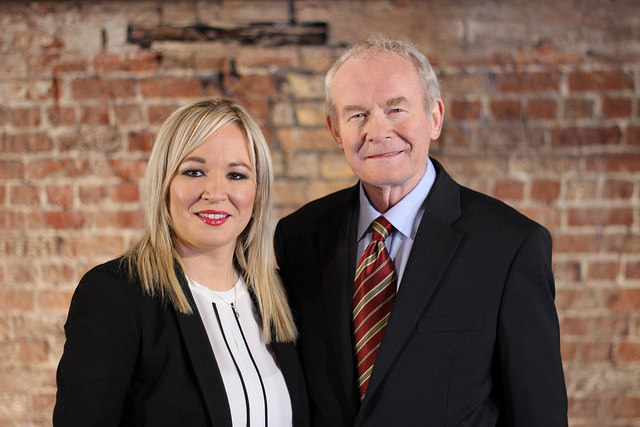 Sinn Fein has announced that Mid-Ulster Assembly member Michelle O’Neill is to lead the party into the Six County Assembly elections on 2 March.

She takes over from Martin McGuinness, who after having resigned from the post of deputy First Minister of the North of Ireland Assembly, last week announced his decision to leave active politics over serious health issues.
Relations between DUP and Sinn Fein had deteriorated and the McGuinness’ resignation triggered the collapse of the powersharing executive in Belfast.

Although formerly the agriculture minister and more recently the health minister, Ms O’Neill is not well known outside her own constituency and is a relative newcomer to the Sinn Fein frontline. She has a background in social welfare issues.

She was formerly the political adviser to Mid-Ulster MP Francie Molloy before being elected to the Stormont Assembly in 2007. As the head of Sinn Fein’s Stormont team, Ms O’Neill could become deputy first minister in March if Sinn Fein is returned as the largest nationalist party after the election, or First Minister if Sinn Fein is the largest party overall.

Announcing the appointment, Sinn Fein president Gerry Adams said Ms O’Neill represented a “new generation” for the party. He said: “This is a handover of a primary leadership position from my generation, from Martin’s generation, to another generation.” He added: “As a united all-Ireland team, we will give her the space and support to find her own voice and continue the good work Martin pioneered.”

Ms O’Neill said being a republican was her “way of life”. She told Fein supporters at Stormont: “I won’t let you down”, and added: “This is the biggest honour and privilege of my life.” She said she would continue Mr McGuinness’s “good work”.