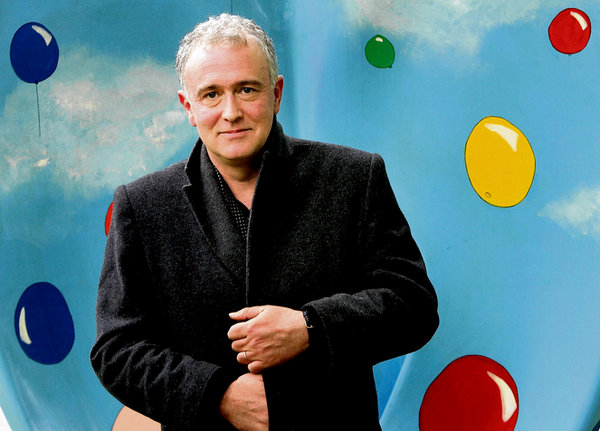 We publish here an article of the Irish Times by Ruadhan Mac Cormaic about the visit by Irish President Michael D Higgins to Havana to launch the Cuban edition of Joseph O’Connor’s Star of the Sea.


On Thursday, in a crowded auditorium at the Havana Book Fair, flanked by a hulking portrait of Fidel Castro, Joseph O’Connor was inducted into that select club when the Cuban edition of his bestselling ‘Star of the Sea’ was formally launched by President Michael D Higgins.

Mr Higgins, who is on a three-day State visit to Cuba, paid warm tribute to O’Connor, describing him as “one of the great Irish diplomats of literature, renowned abroad and loved at home.”

His famine novel, the president said, joined other works in breaking a silence on an event “so deeply tragic as to be too traumatic to recall.”

“As a country, we are fortunate to have contemporary writers of his calibre, and the brilliant translators who deliver it for us in Spanish,” Mr Higgins said. “Writers who so beautifully and often so poignantly capture those important moments in our history, parts of our past that surely are key to our understanding of the society we live in, and are challenged to change.”

Thousands of people wandered the alleys and ramparts of Havana’s Morro Cabaña complex, the venue for one of the biggest book fairs in Latin America, on Thursday. This year’s programme had a strong Irish flavour, with Colm Tóibín, Lisa McInerney, Dermot Keogh, Michael McCaughan and Pura Lopez Colomé all among the participants.

While he hoped ‘Star of the Sea’ was faithful to the truths of the past, O’Connor said before an audience that included Cuban culture minister Abel Prieto, the book also touched on many preoccupations of the 21st century: sex, the body, gender roles, parenting, terrorism, war and religious intolerance.

Mr Higgins’s state visit to Cuba, the first by a president of Ireland, has included meetings with President Raúl Castro and other senior Cuban figures as well as a programme of events designed to underline the historical links between the two countries and the potential for stronger relations through trade and intellectual exchange.

Mr Higgins’s visit takes place at a time of significant changes in Cuba, with the death of Fidel Castro last November, the coming to office of President Donald Trump in the United States and a decline in Cuba’s economic expansion all helping to produce acute political and economic uncertainty.

On Thursday, after a guided tour through old Havana, Mr Higgins joined about 150 members of the Irish community as well as government, cultural and diplomatic contacts at a reception hosted by Ireland’s Ambassador to Mexico, Sonja Hyland, at the Palacio Segundo Cabo in the old city.

There, he launched an ‘Irish in Latin America’ exhibition, which chronicles the contribution of Irish men and women to the region’s history, notably in independence and revolutionary struggles, nation-building and the arts.

In his remarks, Mr Higgins pointed to some “indelible reminders” of the historical links between the two islands, separated by some seven thousand kilometres. Among these were the Hotel Palacio O’Farrill, named for a family whose lineage can be traced back to Co Longford, and Calle O’Reilly in old Havana, named in recognition of Meath-born General Alejandro O’Reilly, who arrived in Cuba as second in command of the Spanish army which took control of the island after it was handed over by the British, who had occupied it in 1763.

A plaque on Calle O’Reilly, not far from where Mr Higgins spoke, today reads: ‘Two island peoples in the same sea of struggle and hope: Cuba and Ireland.”

The president also recalled those “lesser known stories, the quiet narratives” that were critical to the shared history of Ireland and Latin America. He spoke of the hundreds of Irish railroad workers who were brought from New York to Cuba in the mid-19th century to work as bonded labourers building the Havana- Güines railroad.

Reflecting on the similarities between the two nations, Irish and Cuban, Mr Higgins remarked that both had experienced “the complexities that lie behind any struggle for liberation and independence.”

He went on: Both of our peoples have lived in the shadow of a powerful neighbour, a shadow which has darkened and starved of opportunity the lives of generations. We understand the true length cast by such a shadow, the profound legacy it leaves to a nation, even as it moves out of the darkness of oppression and begins to look to the future with optimism and hope, as Cuba does now.”