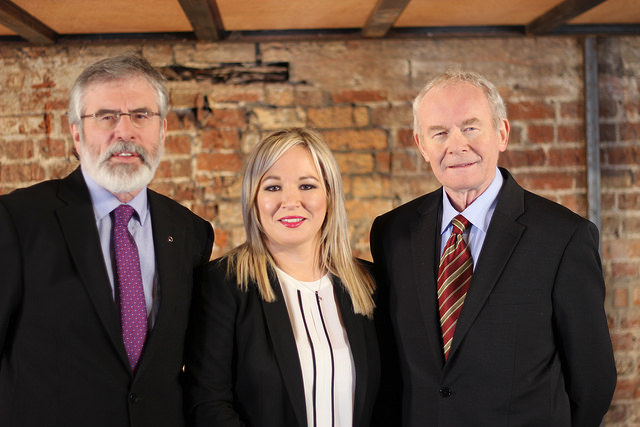 Thursday’s election has significantly altered the make-up of politics in the north of Ireland as a more focussed and energised Sinn Fein enticed republican voters back to the polls and historically ended the
unionist  majority at Stormont.

In a dramatic shake-up, unionists lost their overall majority in the Assembly and now outnumber nationalists by just one seat. The DUP also ended ahead of Sinn Fein by just one seat, having entered the election ten seats ahead.

The nationalist SDLP also fared better than many expected, replacing the UUP as the third largest party in the Assembly and holding onto all of its seats.

With a jump of just under 4% in their vote, it was clear from early on that Sinn Fein were set to do well. However, the initial results gave little inclination as to the scale of the unionist collapse, with the two parties’ combined vote share down just 0.8%.

In the end, the DUP emerged with 28 seats, Sinn Fein had 27, SDLP 12, the UUP 10, the Alliance Party eight, the Greens two, People Before Profit one, the Traditional Unionist Voice one and one independent
unionist.

That leaves 40 unionists and 39 nationalist/republicans, with the remainder of the 90 Assembly members affiliated to neither tradition. However, the results may be rendered moot if the main parties fail to a strike a deal to form a new powersharing executive within three weeks.

If that deadline passes, the British government are required to call yet another snap election, but it is expected instead to prorogue Stormont and reintroduce Direct Rule from London.

It was undoubtedly a disastrous election for the DUP, which can no longer veto progressive change except with the support of other unionists.

People before Profit (PBP) saw its increased support at the last election fall away as a result of Sinn Fein’s new political stance, and there was dismay for the party as veteran Derry-based socialist and party leader Eamonn McCann lost his seat, leaving just Gerry Carroll as sole PBP Assembly member in west Belfast.

Sinn Fein’s northern leader Michelle O’Neill said: “I think it’s a brilliant day for equality, I think it’s a great day for democracy”. Sinn Fein president Gerry Adams said he was ready to talk to the DUP. “I  have talked to the DUP many times,” he said. “They are the same as the rest of us. They are decent enough people. They want good for their kids and so on. But they lost the run of themselves. You are living now in a totally different atmosphere. They got themselves in a little bubble. That bubble has been punctured by Martin McGuinness and by others…”