Home > News > USA > United States: «Guarantee a home for everyone»

United States: «Guarantee a home for everyone»

Tent encampments are springing up all over America, from cities to rural areas 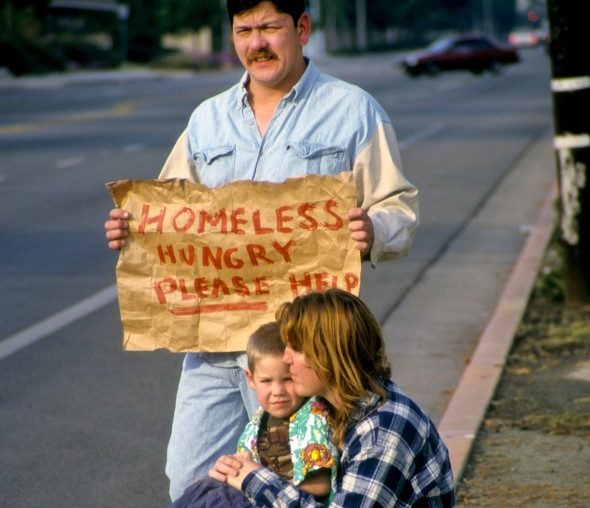 Tent encampments are springing up all over America, from cities to rural areas: at the feet of new shining high rise towers in cities like San Francisco, along creeks outside small towns. People seek shelter in doorways and down in subways and in alleys and even hide in dumpsters. More and more, abandoned by even the institutions designed to help them, they are banding together in frail communities they form for mutual protection against the attacks that come at them from the government that is supposed to represent them.

The homeless are families. They are schoolchildren, millions of them, whose families can’t afford a roof. They are elders, and the youth who have no future, who travel from town to town often in groups for company and self-protection. They are college students who couch-surf or live in their cars. They are from all walks of life. Some have been driven over borders in search of work, others from town to town. They are the jobless and people who work full and part time but can’t afford housing.

The homeless are the growing section of a growing class of workers who are being pushed out of production by automation. Under capitalism, the owning class and the government it controls will no longer feed or house people whose labor it no longer needs.

How can an immensely wealthy country like the US justify having millions of its people suffering and dying in its streets? A small class of billionaires—540 of them in the US, with one person, Bill Gates, expected to soon be worth a trillion dollars—amass obscene wealth beyond imagination, while ever more people are thrown into poverty and homelessness. This is why homelessness is the Achilles heel of the capitalist system and its law of pay-to-play or starve. And millions of people are protesting in the streets, expressing their outrage at this immoral order and the brutality being imposed on humanity.

The growing movement against hate and for a just society must take up the demands of the homeless to guarantee all our rights and the right to what we all need to survive. This is both a moral and a practical question that affects the fate of us all. The homeless show us, where they gather to help each other, what cooperation means across all the divisions of color, background, nationality, age and all those artificial ways the ruling class uses to keep us from uniting. The homeless are pointing us to a new cooperative society.

In a cooperative society the government would guarantee everyone would have, homes, education, healthcare, food, water—all we need would be a fundamental right, not a source of profit for a small owning class. The demands of the homeless are a call for such a society, organized in the interests of us all.

By Sarah Menefee (for the People’s Tribune)

The People’s Tribune «welcome articles and artwork from those who are engaged in the struggle to build a new society that is of, by and for the people. We rely on readers and contributors to fund and distribute this paper.»

The People’s Tribune, formerly published by the League of Revolutionaries for a New America, is now an independent newspaper with an editorial board based