Scotland’s first minister Nicola Sturgeon says she plans to trigger another independence referendum. She said the new poll should be held between autumn 2018 and spring 2019, once the terms of Britain’s exit from the European Union have become clear.

“Right now, Scotland stands at a hugely important crossroads,” she said, in a keenly watched speech today at her official residence in Edinburgh. “We didn’t choose to be in this position. In common with most people across the country, I wish that we weren’t. But we are, and the stakes are high – so we must have a plan for the way forward.”

She pointed to a series of hazards facing Scotland under London rule, not just the prospect of being pulled out of the EU and single market, but also the likelihood of hard-right Conservative government continuing for decades and taking back powers already devolved to Edinburgh. This all had implications for jobs, opportunities, public spending and living standards, she said, as well as forfor  Scottish society and democracy.

“In short, it is not just our relationship with Europe that is at  stake,” she said. “What is at stake is the kind of country we will  become. “At times of change and uncertainty, the instinct to do nothing and just hope for the best is understandable. But, in my view, it is not the right one. At times like these, it is more important than ever to have a clear plan for the way ahead – to try, as far as is possible, to be in control of events and not just at the mercy of them.”

She added that “for all we know” London is on the verge of triggering Article 50, amid reports that British PM Theresa May could issue formal notice of quitting the EU as soon as tomorrow.

“Not only is there no UK wide agreement on the way ahead – but the UK government has not moved even an inch in pursuit of compromise and agreement. Our efforts at compromise have instead been met with a brick wall of intransigence,” she said.

“UK membership of the single market was ruled out with no prior consultation with the Scottish Government or with the other devolved administrations – leaving us facing not just Brexit, but a hard Brexit.

“There has been talk of special deals for the car industry and others, but a point blank refusal to discuss in any meaningful way a differential approach for Scotland.

“And far from any prospect of significant new powers for the Scottish Parliament, the UK government is becoming ever more assertive in its intention to muscle in on the powers we already have.

“The language of partnership has gone, completely. And there should be little doubt about this – if Scotland can be ignored on an issue as important as our membership of the EU and the single market, then it is clear that our voice and our interests can be ignored at any time and on any issue.

“That cannot be a secure basis on which to build a better Scotland. But it is where we stand today.” 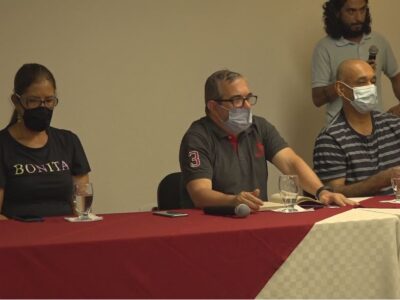