n the same month that a Turkish Court sentenced Zehra Doğan, artist and journalist, to almost 3 years in prison for a painting, an Istanbul court has reaffirmed the travel ban on writer Asli Erdoğan in the ongoing war against Freedom of Expression the Turkish State is currently engaged in 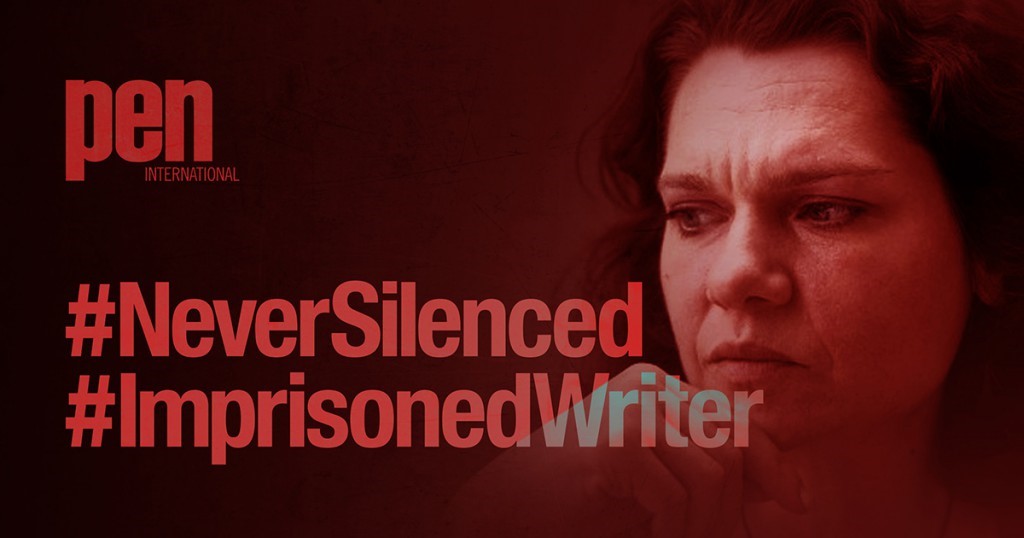 In the same month that a Turkish Court sentenced Zehra Doğan, artist and journalist, to almost 3 years in prison for a painting, an Istanbul court has reaffirmed the travel ban on writer Asli Erdoğan in the ongoing war against Freedom of Expression the Turkish State is currently engaged in.

In an interview with Agence France-Presse (AFP) Erdoğan said of the court’s ruling:

Asli Erdoğan, 49, was released from jail last December after being held for 132 days on terror propaganda charges during the forced closure of the pro-Kurdish newspaper Özgür Gündem, which Ankara had condemned as a mouthpiece for the outlawed Kurdistan Workers’ Party (PKK). Her temporary release, under «judicial supervision», included the travel ban.

Erdoğan’s lawyer Erdal Dogan had told the court that award ceremonies were planned in Vienna, Amsterdam and Stuttgart. «Writers and journalists are peace envoys,» he said, in a direct reference to Turkey’s current conflicts with a number of European states.

Expressing her disappointment at the ruling, Erdoğan, who had planned to visit Amsterdam on May 9, Europe Day, as one of the laureates of the 2017 Princess Margriet Award for Culture said: «It is a European prize given to a writer whose country is not a member of the European Union. Turkey in a way refused the little flower that was handed to us…» (AFP)

Earlier in the month the New York Times interviewed the writer on the trauma of recently returning to her ransacked apartment for the first time since her arrest in August 2016: «She discovered that many things were missing: flash drives containing her work and reviews from European literary journals, letters written to her by Kurdish prisoners, and books on Kurdish history.»

Writers and prison seem to have a close relationship in Turkey. Not just the well known poet and communist Nazim Hikmet (5 January 1902 – 3 June 1963), who spent most of his life either in prison in Turkey or in exile for his opposition to the way things were, but for many writers: Orhan Pamuk, winner of the 2005 Nobel Prize in Literature, once faced criminal charges for “insulting Turkishness” for his comment: «Thirty thousand Kurds have been killed here, and a million Armenians. And almost nobody dares to mention that. So I do.» Murat Yetkin, a writer for the Radikal newspaper, who was charged in June 2006 with attempting to influence the judicial process for having criticised the prosecution of Pamuk. Elif Shafak, another of Turkey’s internationally known novelists, who once ran afoul of Turkish authorities for writing about the Armenian genocide, a crime still denied by the Turkish government.

Lucy Popescu, writing for Asli Erdoğan on the International Day of the Writer, in November 2016 said:

«PEN has long campaigned on behalf of dissident writers and journalists in Turkey, many of whom have been detained on charges under the country’s anti-terror legislation or its notorious Article 301 of the Turkish Penal Code, which makes it a crime to ‘insult the Turkish Nation’. Some dissidents have spent months, even years, in detention without conviction…other women deemed dangerous by the state and persecuted for their work, included novelist and journalist Perihan Mağden, who stood trial in 2006 for ‘alienating the people from military service’ after writing a column entitled ‘Conscientious Objection is a Human Right’, defending the case of Mehmet Tarhan, a conscientious objector…author Elif Shafak was charged under the Article for ‘insulting Turkishness’ in her book Baba ve Piç (The Bastard of Istanbul)… One of the novel’s characters refers to the deaths of Armenians during World War I as ‘genocide’; a subject off limits in Turkey… Another victim of judicial harassment is writer and sociologist Pinar Selek. She was accused of involvement in an explosion that occurred in the Istanbul Spice Bazaar in 1998; a tragedy that caused the deaths of 7 people and injured 127 others. Selek was arrested in July of that year and then released two and a half years later after a team of experts concluded that the explosion had not been caused by a bomb, but by the accidental ignition of a gas cylinder…She endured repeated reviews and acquittals. Many believe that the prosecution of Selek was linked to her work as a sociologist researching and writing about Kurdish issues in the mid-to-late-1990s, and her alleged contact with the banned Kurdish Workers’ Party (PKK)…On 24 January 2013, Selek, who was living in France, was tried in absentia and received a life sentence.  Asli, herself a PEN member, is no stranger to the risks of free expression in her home country. A human rights activist since 1993, she has regularly defended freedom of speech and fought for the rights of ethnic minorities and equal rights for women. She has previously suffered harassment for her work and has been forced, on occasion, to live in exile.»

«Of course I feel afraid … The nightmare might start again anytime,» – admitting that the fear of prison would be «part of my life from now on.» (AFP)

«In prison, which included several days in solitary confinement sleeping, she said, on a bed that smelled of urine, she passed the time and drew comfort from books brought to her by her lawyers, or mailed to her by friends. She read volumes on world history, and novels by J. M. Coetzee, Iris Murdoch, Henry James, Marcel Proust and Kafka, and the poems of Rainer Maria Rilke and Paul Celan, a favorite of hers. From the prison library, she read “Shoah,” the text to the acclaimed 1985 documentary by Claude Lanzman.» (New York Times)

Erdoğan also spoke to AFP about President Recep Tayyip Erdoğan’s constitutional referendum which will be held in Turkey on Sunday, 16 April 2017:

«The endgame is very clear,» said Asli Erdoğan. «Of course the referendum will be a ‘Yes’. There is no other way.» And she warned a ‘Yes’ vote would only legalise the current state of emergency situation imposed after the coup, which society was already getting used to, she said. «We will be living in a 10-year, 20-year junta regime,» she said. «The real danger waiting for Turkey is not sharia but the totalitarian regime.» She expressed alarm that people had not read the constitutional changes and that the campaign was being presented in a such a way that being against the president was seen as «being against God. If you say ‘No’ you are a demonised.»

Asli Erdoğan, internationally recognised prisoners of conscience is expected back in Court on June 22. She faces a possible life sentence having been charged with membership in the banned Kurdistan Workers’ Party (PKK).