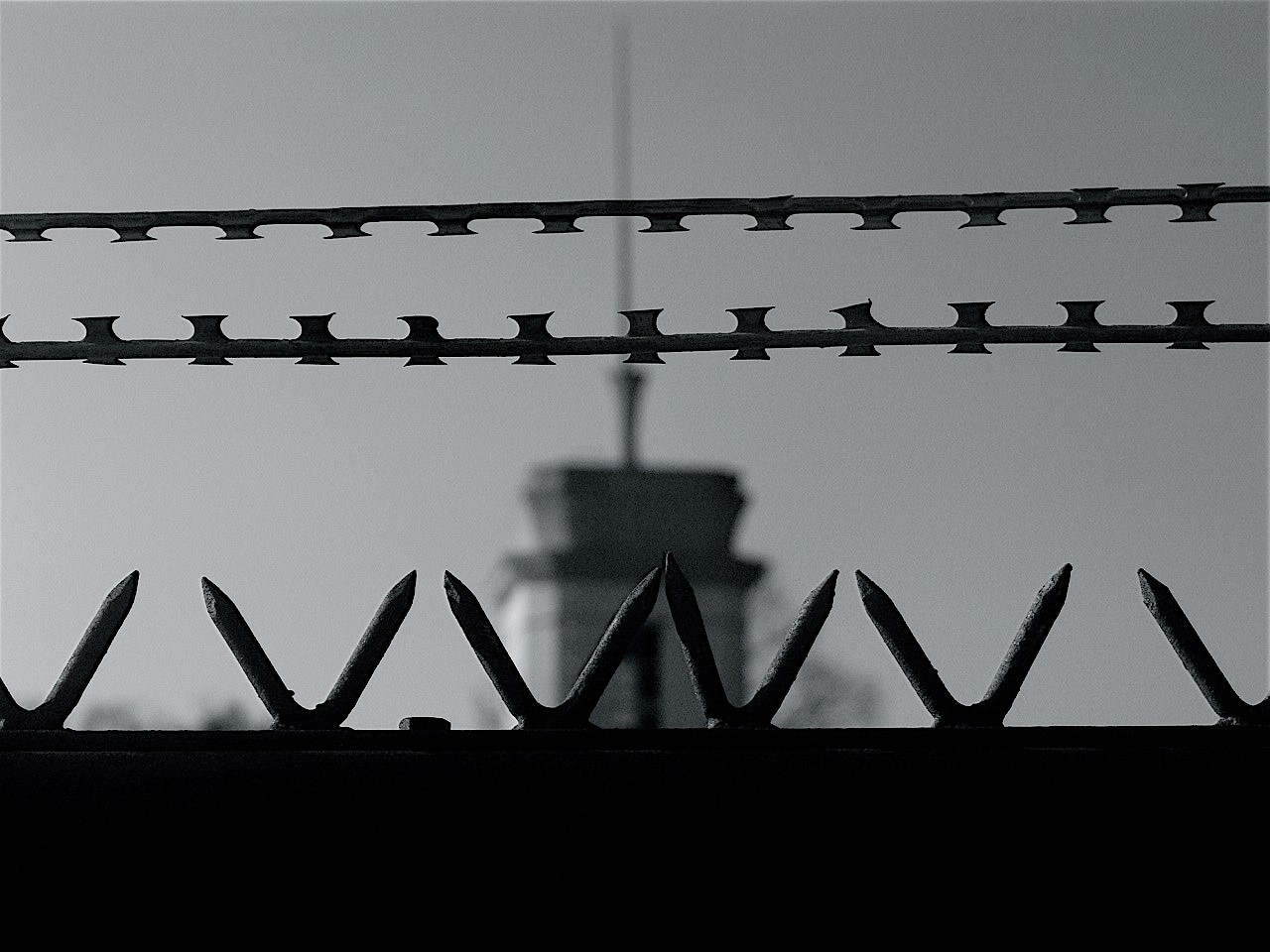 Despite the prospect of dialogue between prison authorities and the  Kurdish political prisoners on hunger-strike in Edirne High Security Prison on April 1st last, reports over the course of the following week, filtering in from 21 prisons across Turkey, offer little cause for celebration.

Instead there is now serious concern that after an unbelievable 54 days on hunger strike (as of April 9th) a number of prisoners are passing the point of no return due to the unwilling of the prison administration and the Turkish government to negotiate around the concerns of those on hunger strike.

ANF, the Kurdish News Agency (Ajansa Nûçeyan a Firatê) covered the unfolding situation across the country as the week progressed following the initial statement by HDP Co-Chair Selahattin Demirtaş that: “We are pleased to hear that the hunger strike that began on February 25, 2017 in the Edirne F Type Prison has come to an end pursuant to dialogue with the prison management and the mutual, well-intentioned commitments made for the resolution of the problems.»

Instead, imprisoned HDP MP and former HDP Parliamentary Group Spokesperson, Meral Daniş Beştaş in a communiqué to the press on April 4:

«Prisoners at Şakran and Tekirdağ prisons are now at the edge of death. Our hunger strike, started on 1 April 2017, is but simply a call [to the authorities] ‘to abide by the law’. Nevertheless, the demands of prisoners on hunger strike are nothing but humane and legal. We, the imprisoned deputies, have no demands for ourselves. Our one and only demand is the ending of inhumane and derogatory practices targeting prisoners [in Turkey].»

Likewise The Free Lawyers Platform and Turkey’s Human Rights Association (IHD) have released statements saying the hunger strike has reached both a “critical” point and the  “death threshold”.

Not so…as reports throughout the week made clear.

A meeting between the Peoples’ Democratic Party (HDP) and Turkey’s Justice Minister Bekir Bozdag on Monday 3 April to discuss prison conditions was postponed until Friday 7th.

Deputy Selahattin Demirtaş concluded his statement on April 1st: «We invite the public to be mindful until all the hunger strikes have come to an end in other prisons, as they have for the Edirne prison, and we thank legal and human rights institutions, as well as our lawyers, for their significant contributions. And, we offer our gratitude to all of our people, who have not wavered in their support.”

Mindful is the word. Since Saturday 1 April Firat News Agency (ANF) has reported:

Monday 3 April: Prison hunger strikes continue in Şakran into its 48th day, in Sincan into its 39th, in Menemen into its 27th, and in Van in its 25th day. The hunger strike that was launched in all prisons on March 15 also continues.

Monday 3 April: Male guards are reported to have attacked female prisoners on hunger strike in Tarsus…

«Male guards have attacked the prisoners on hunger strike in Tarsus C Type Closed Prison, and seized their books and letters.»

Also on Monday 3 April: Guards and gendarmes have attacked prisoners and their families during visitation at Şakran Prison in the western province of İzmir.

«The prison hunger strikes across Turkey have been joined by 5 more inmates in Antalya L Type Closed Prison and 6 others in Balikesir Prison.»

On Wednesday 5 April:  the Netherlands-based Kom News reported that according to a report on news site Gazete Karinca, an inmate in Sakran, Ozkan Yasar, told his father on 3 April that it could be the last time they would see him. The hunger striker’s mother, Hazal Yasar, told the site that her son struggled to walk as he entered the room during a prison visit.

“This could be our last visit’ he told his father. He could barely walk. That’s how bad their health conditions are…” Yasar said.

“I am a mother, I don’t want my child to die. Our children don’t want much. They petitioned prison authorities and requested for conditions to be improved but were refused saying, ‘You’re terrorists.‘”

«The indefinite and irreversible hunger strike launched by prisoners in Şakran Prison entered its 50th day. Health condition of prisoners worsens every day.»

«Libertarian Lawyers’ Platform (ÖHD) member Raziye Öztürk Turgut visited the prisoners on hunger strike and relayed their message. Turgut stated that the prisoners will not end the hunger strike unless the conditions in prisons are improved, adding: ‘Their state of health is good at the moment. They demand B1 vitamin but they are not given by the prison administration. The medical room is away from their ward, they therefore demand to be examined in their ward. They stated that they will enhance the indefinite-irreversible hunger strike.'»

Thursday 6 April: The indefinite-irreversible hunger strikes launched in several prisons with the demand for an end to the aggravated isolation on Kurdish People’s Leader Abdullah Öcalan and severe rights violations in jails continues with the participation of more prisoners every day. The hunger strike in İzmir Aliağa Şakran Prison is in its 51st day.

Thursday 6 April: KOM News also reported that British woman – Kimmie Taylor, a 27-year-old socialist activist from the northern English city of Blackburn currently on active service fighting Islamic State today goes on hunger strike in support of the Turkey prison protest: “I am on hunger strike, as of today, in solidarity with our comrades in prisons across Turkey whose strike is now in its 51st day. Whilst the world sits silently on all issues, our comrades are the people that don’t, they are the ones who stand up fiercely to protect others and work relentlessly to build societies of equality and freedom.” Taylor has been fighting with the Women’s Protection Units (YPJ), an all-female affiliate of the People’s Protection Units (YPG) in the Kurdish-populated part of Syria. She is part of the Rojava Revolution, a left-wing Kurdish movement that operates in northern Syria.

Also on Thursday the 6 April ANF reported that an NGO report on the hunger strike in Şakran Prison had been released.

«The report prepared on Şakran Prison where the hunger strike continues says that the prisoners’ health is deteriorating and calls on the public for awareness. The committee comprised of İHD, ÇHD, ÖHD, THİV and İzmir Solidarity with Prisons Initiative held a press statement in İHD İzmir headquarters to announce the report they prepared after a delegation met with prisoners.»

Turkey Purge also said: «A recent report by the weekly magazine Agos said at least 76 people in Turkish prisons have been on indefinite hunger strike in protest at their imprisonment as well as poor conditions behind bars. The prisoners who went on hunger strike include three MPs from the pro-Kurdish Peoples’ Democratic Party (HDP): Ayhan Bilgen, Meral Daniş Beştaş and Nihat Akdoğan. The three parliamentarians are reported to have started the strike only because officials remained indifferent to those who had earlier staged their own strikes. Agos said 17 of the imprisoned strikers are female. All of those on the strike were reportedly arrested over their alleged links to the outlawed pro-Kurdish organizations.»

Also on Friday April 7th: 21 more prisoners in Bandirma T Type Closed Prison announced through their families that they have launched indefinite-irreversible hunger strike starting from April 5. «The prisoners emphasised that their hunger strike will continue until their demands are met.»

Finally on Saturday, 8 Apr 2017: strike participant Necdet Kaya in T2 Section of İzmir’s Şakran Prison, where the strike is on its 53rd day. «emphasised that their protest will continue until the aggravated isolation on Kurdish People’s Leader Abdullah Öcalan is ended.»

Necdet Kaya: «An aggravated isolation is being executed in İmrali Prison for a long while now. Our priority is to ensure an end to this isolation. During the most recent OHAL (State of Emergency) process, very severe conditions and inhumane impositions are being experienced in prisons. We do not accept these practices which are, however, a secondary agenda for us. Physical and psychological torture is being executed in prisons, which also constitutes a reason for our hunger strike. Still, what matters more is the aggravated isolation and denial of communication that Kurdish People’s Leader Abdullah Öcalan is being subjected to. This reality needs to be known by public opinion. We call on everyone to take responsibility in this regard. We are determined on our action and we will continue our resistance whatever the consequences. Hunger strikes will be enhanced further unless our demands are accepted.»

During the course of the week the prisoners’ complaints in relation to the inhumane conditions they are held in also intensified.

The İzmir Solidarity with Prisons Initiative prepared the following report on the human rights violations that prisoners at Aliağa Şakran Prison suffer from:

It is of serious concern to remember that between October 2000 and the summer of 2002 ongoing hunger strikes in Turkish prisons by left-wing political prisoners resulted in the (estimated) death of 92 prisoners, including the death of 27 year old Lale Colak in January 2002 who died in Bayrampasa prison hospital in Istanbul after 222 days without solid food.

One reader, responding to an article by Rudaw on the 8th April, «Hunger strikers in Turkish jails are ‘near death,’ says HDP» commented:  «Where are the paper tiger western powers, Where are human rights advocates, Erdoğan is right, the West is in downfall.»

The situation is now urgent and the urgency of the situation is apparently only matched  by the overwhelming silence facing the plight of the Kurdish prisoners and their families.