Dialogue has begun between prison authorities and the hunger-striking Kurdish prisoners held in in Edirne High Security Prison in the northwestern province. 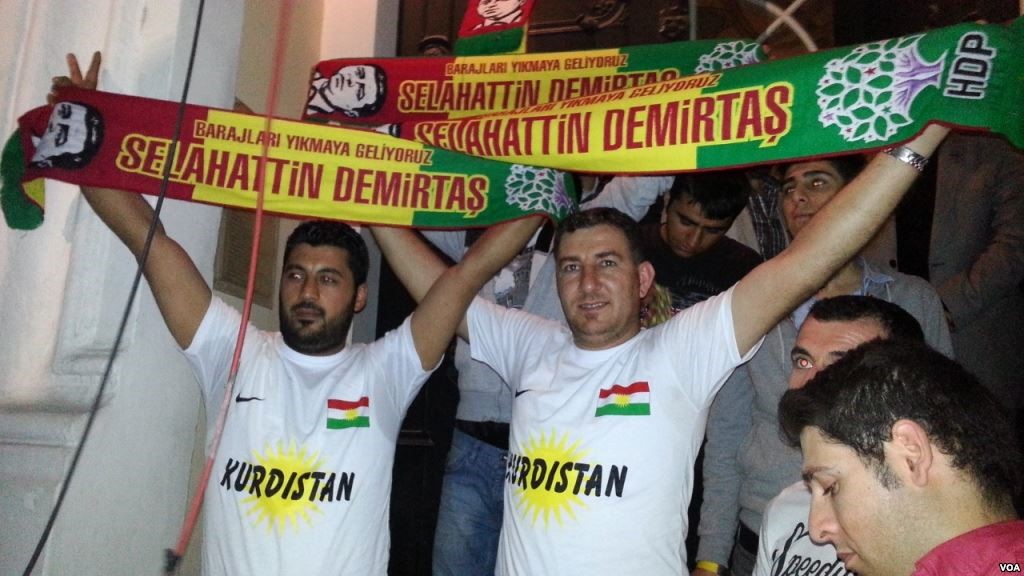 Dialogue has begun between prison authorities and the hunger-striking Kurdish prisoners held in in Edirne High Security Prison in the northwestern province.

Edirne Prison is the prison where HDP Co-Chair Selahattin Demirtaş and MP Abdullah Zeydan, are both held and where both joined the prisoners’ hunger strike, ongoing now since early February, on Friday 31 March.

The situation for prisoners in Turkey’s jails has been deteriorating since the failed July 15 coup. “The decree laws imposed severe restrictions on prisoners right to legal council and defense, visitation by their lawyers and family, and communication with the outside world. Meanwhile, arbitrary and inhumane punitive practices reached alarming rates in prisons; in forms such as extensive torture, solitary confinement, exile, unannounced ward searches, seizure of personal properties, and restrictions on access to TV and radio broadcast, newspapers, books and letters addressed to them.” (ANF)

Some reports on 1st April suggest that prisoners in other jails have also agreed to end their strikes. France24 reported:

“Several Kurdish convicts jailed in Edirne, as well as in Izmir, Ankara and Van, have already started hunger strikes to protest prison conditions. They too decided to end their action on Friday after the opening of a dialogue with the prison authorities and “promises” to improve the prisoners’ conditions, according to a statement issued by the HDP on behalf of the ‘political prisoners’.”

Recent reports from the prisoners’ families had expressed serious concern that some of the prisoners health is now in the critical phase.

In relation to the start of talks in Edirne High Security Prison, ANF carried a statement from Selahattin Demirtaş, HDP Co-Chair:

“We are pleased to hear that the hunger strike that began on February 25, 2017 in the Edirne F Type Prison has come to an end pursuant to dialogue with the prison management and the mutual, well-intentioned commitments made for the resolution of the problems.

We invite the public to be mindful until all the hunger strikes have come to an end in other prisons, as they have for the Edirne prison, and we thank legal and human rights institutions, as well as our lawyers, for their significant contributions. And, we offer our gratitude to all of our people, who have not wavered in their support.”

The prisoners at Edirne Prison also released a statement:

“Through the meetings between the prison administration and our HDP MPs, officials from the Platform for Pro-Freedom Lawyers, Foundation for the Study of Society and Law (TOHAV) and the Human Rights Association (İHD) and ourselves, the channels for dialogue have been opened; the prison administration has promised to solve the existing problems. As a result, as of today, we will be ending the indefinite and non-rotating hunger strike that we have been continuing since February 25th. We would like to thank those who have helped us during this process.”

Details, in relation to the prisoners and their families well-being, have yet to emerge from the start of the discussions.

Fasting (the Hunger Strike) has been used since ancient times as a means of seeking justice from a perceived and often powerful offender in many countries, most notably in Ireland as well as in India, where the fast was often carried out on the doorstep of the home of the offender. For a person to die at your doorstep, for a wrong of which you are accused, was considered a great dishonour. A number of prolonged hunger strikes have been undergone in Ireland in the 20th century in resistance to British rule as well as unacceptable prison conditions. In October 1920, the Lord Mayor of Cork, Terence MacSwiney, died on hunger strike in England’s Brixton prison during the Irish War of Independence. And in 1981 10 men died in Her Majesty’s Maze prison in Northern Ireland protesting the criminalisation of Irish republican and republican-socialist political prisoners. Potti Sreeramulu (16 March 1901 – 15 December 1952), an Indian revolutionary from the Indian Independence Movement as well as struggling for the rights of the Dalit community died on hunger strike on 15 December 1952 in Madras.