UNITED STATES: Corporate Control of Energy is Killing us

We need a political movement to take public control of the energy industry, where all decisions are made in the interest of the people 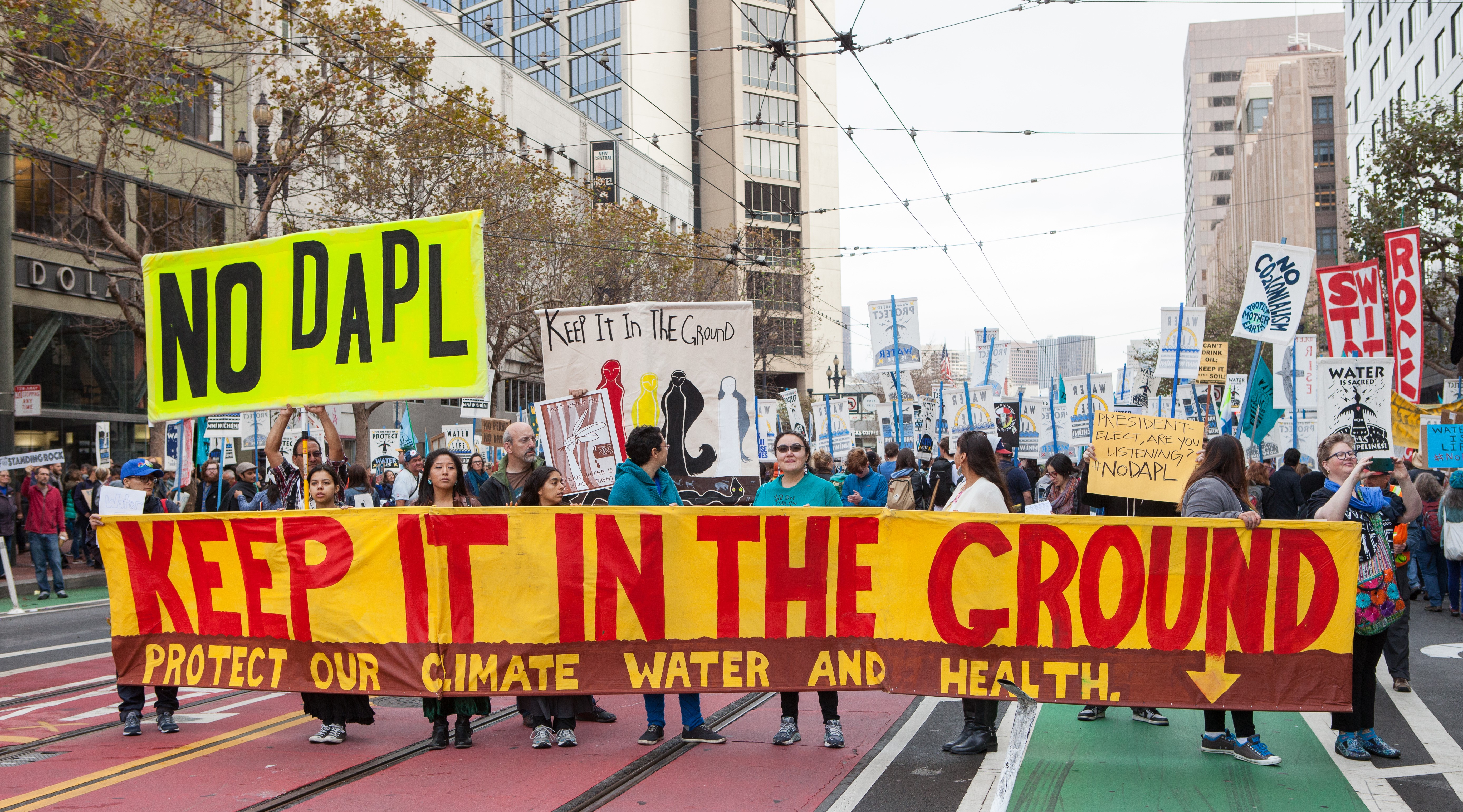 “ Corporations are on a warpath exploiting the entire planet, destroying it—and us—in the process. This is a struggle for our very survival…”

One of Trump’s first acts as president was to green-light the Dakota Access Pipeline, threatening the drinking water of millions of people. For months, millions of taxpayer dollars were spent attacking Water Protectors so that oil corporations could build their pipeline.

In Lancaster County, Pennsylvania, where a new fracked gas pipeline has recently been approved, the people are taking a stand, building an encampment, similar to Standing Rock, on farmland in the pipeline’s path. “The pipeline company has trampled on individual people’s rights here, taking people’s land through eminent domain,” James E. Baker, a retired forklift operator, told Fusion. Just like at Standing Rock, the government is doing everything for the corporations at the expense of the people and planet.

Seemingly endless money exists to build more fossil fuel pipelines, yet no money to replace the corroded water pipes that continue to poison cities like Flint, Michigan. Another example where government, this time through an unelected Emergency Manager, ensures corporate profits at the expense of the health of an entire city. Three years on, Flint’s water is still poisoned, people unable to drink from the tap or bathe.

Coal waste from industry and mountaintop removal has turned air and drinking water toxic in Appalachia, where many are dying of cancer. Trump lifted regulations protecting against contamination of waterways by coal waste.

But we are not doomed to destruction. Scientist Bill Nye told CNN,  “You could power the United States and most of the world renewably, if you just decided to do it, right now. There’s enough wind and solar resources, a little bit of tidal, some geothermal, to run the whole place.” We have the tools to power the planet with renewable energy, but corporations are keeping us bound to fossil fuels; the entire energy infrastructure and geopolitics are built upon this industry and they won’t give up their power.

This story plays out everywhere in society, where new abundance-creating scientific discoveries and technologies can be used to benefit all, ending environmental destruction, disease and poverty. But in corporate control, these advances are used to expand the wealth gap, threatening the population with austerity and fascism. We live in an age of abundance—we must fight for the people to control it.

We need a political movement to take public control of the energy industry, where all decisions are made in the interest of the people. Corporations have proven that, so long as they control the energy and policies, they will destroy our planet. We cannot let this continue.  Join the March for Science. Join the Earth Day rallies. Together, we can create a whole new world.

By the People’s Tribune

Corporate control of energy is killing us

Earth Day is an annual event celebrated on April 22. Worldwide, various events are held to demonstrate support for environmental protection. First celebrated in 1970, Earth Day events in more than 193 countries are now coordinated globally by the Earth Day Network. (https://en.wikipedia.org/wiki/Earth_Day)

What is Earth Day?