Abdullah Öcalan, imprisoned head of the Kurdistan Workers Party (PKK) has been nominated for the Sydney Peace Prize 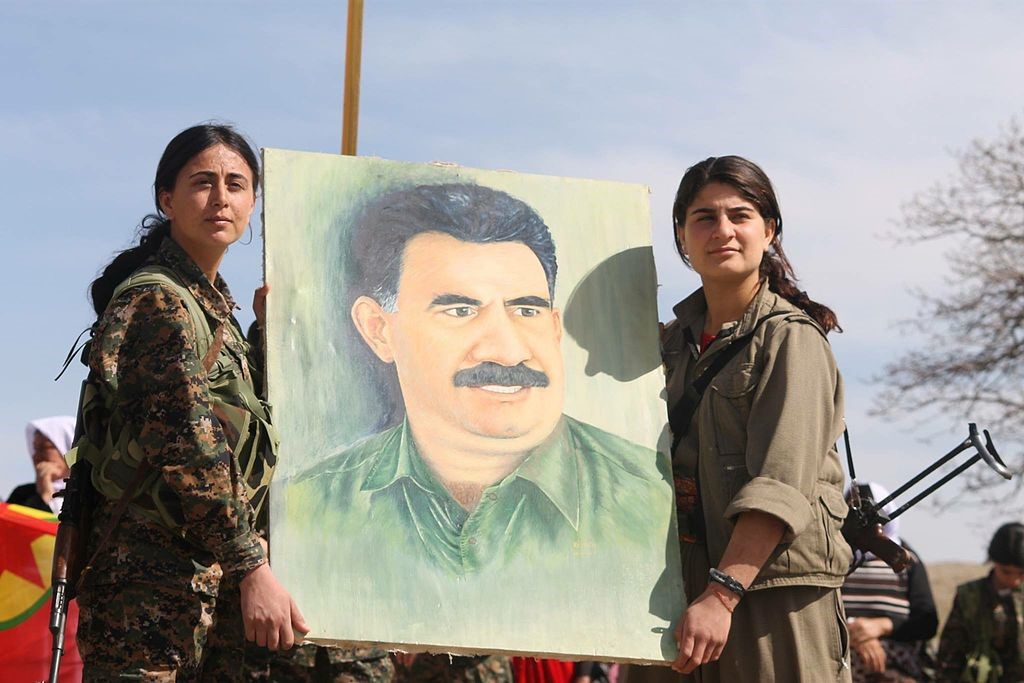 «We advocate for peace with justice – recognising that to achieve true and lasting peace, we must, beyond ending war and violent conflict, address deep injustices and structural inequality.» (Sydney Peace Foundation)

Abdullah Öcalan, imprisoned head of the Kurdistan Workers Party (PKK) has been nominated for the Sydney Peace Prize.

The Peace Prize is awarded by the Sydney Peace Foundation, a not-for-profit organisation associated with the University of Sydney. «The prize promotes peace with justice and the practice of nonviolence and encouraging public interest and discussion about issues of peace, social justice, human rights, and non-violent conflict resolution.»

According to the Foundation, the organisation or individual who is awarded the prize is one who:

Sydney Peace Foundation founder, Professor Stuart Rees, said: «The initiators of the Sydney Peace Prize aimed to influence public interest in peace with justice, an ideal which is often perceived as controversial. The choice of a non-controversial candidate for a peace prize would be a safe option but unlikely to prompt debate or to increase understanding. Consensus usually encourages compliance, often anaesthetises and seldom informs.»

Abdullah Öcalan will surely fit this category; founder of the militant Kurdish left-wing PKK in 1978, he  was arrested in 1999 after 20 years waging both war and peace with the Turkish State for Kurdish Independence and was imprisoned on İmrali Island.  However in 2006 and more recently between March 2013 and July 2015 he was central to the Kurdish–Turkish peace process (Solution Process) seeking an end to violence in Northern Kurdistan and since its collapse and the vicious war currently being waged in the south east of Turkey, he has consistently called for new talks. Likewise there is an international campaign to delist the PKK from the list of international terror organisations in  order to facilitate talks and the transition of the militants into political activists as is happening currently in  Colombia and happened some time back here in Ireland, with a potentially significant dividend from the ending of armed conflict and the reinvigoration of the political process with dissident voices.

Whether Turkey under the current AKP regime can tolerate this is something that the rest of Europe and the world wait to see, in this volatile region where people are being forced to suffer an ongoing deterioration in their living conditions…

Abdullah Öcalan has been nominated by Sydney’s English born Reverend Bill Crews, the founder and Chairman of the Exodus Foundation («a charity that assists homeless and abandoned youth», as well as working with Kurdish refugees.)

The Tasmanian Times reported Crews, «most likely Australia’s best known and respected clergy» as saying: «I am honoured to have nominated Mr Öcalan for the Sydney Peace Prize” …as well as calling for his release from prison, he went on to liken Mr Öcalan to South Africa’s Nelson Mandela «who was accused of being a communist terrorist and spent twenty seven years in prison…»

Reverend Bill Crews: “Mr A Öcalan started his movement in the aftermath of the 1980 military coup when it was against the law to be a Kurd, to listen to Kurdish music and to read and write anything in the Kurdish language.”

He also pointed out that Öcalan and the PKK have modified their demand for an independent Kurdistan by uniting Kurdish regions of Turkey, Iran, Iraq and Syria into a political system «very much like the Federal and state governments in Australia and the United States of America.» «Öcalan now argues that the period of armed warfare is past and a political solution to the Kurdish question should be developed…»( Mag. Katharina Kirchmayer, quoted on Wikipedia)

Winner of the 2016 Peace Prize, Naomi Klein, author of ‘The Shock Doctrine’ and other indictment of contemporay rampaging capitalism, used last year’s event to level an attack on the «demagogue of the moment,» President Donald Trump:

«If there is a single overarching lesson in the Trump victory, perhaps it is this: Never, ever underestimate the power of hate, of direct appeals to power over the ‘other’…especially during times of economic hardship,» she said…and continued:

«…only a bold and genuinely re-distributive agenda has a hope of speaking to that pain and directing it where it belongs—the politician-purchasing elites who benefited so extravagantly from the auctioning off of public wealth, the looting of our land, water, and air, and the deregulation of our financial system.»

Surely now Abdullah Öcalan’s radical strategy of Democratic Confederalism, currently being implemented in the liberated territories of Rojava (Democratic Federal System for Rojava – Northern Syria) fits the bill, as well as arguing for an end to war and the creation of an alternative agenda for the future of all people living in the region?

Previously, Abdullah Öcalan was nominated for the Nobel Peace Prize in 2014. Heval Kwestani, a member of the Kurdistan Regional Parliament for the Gorran (Change) Movement, said that «Öcalan’s 2013 Newroz message emphasised peace and democracy, it was a manifesto for the peaceful solution of the Kurdish question. The fact that Time magazine placed Öcalan on a list of the 100 most influential people in the World was also a factor behind my nomination of Öcalan for the prize.»

A situation that would not have been possible if Turkey had gone ahead with its decision to execute him, as planned, under Article 125 of the Turkish Penal Code, following his questionable arrest by Turkish commandos (with CIA support) in Nairobi and subsequent trial,  a scenario that has reared its ugly head once again as President Recep Tayyip Erdoğan calls for a reintroduction of the death penalty in Turkey.

War and Peace. A choice?  On 21 March 2013, Abdullah Ocalan’s letter to the Kurdish people was read both in Turkish and Kurdish during Newroz celebrations in Diyarbakir saying:

«Let guns be silenced and politics dominate… a new door is being opened from the process of armed conflict to democratization and democratic politics. It’s not the end. It’s the start of a new era.»

By Kurdishstruggle [CC BY 2.0 (http://creativecommons.org/licenses/by/2.0)], via Wikimedia Commons

Delist the PKK – Freedom and Justice for the Kurds