Gabriel Angel remembers the 53rd anniversary of the FARC-EP 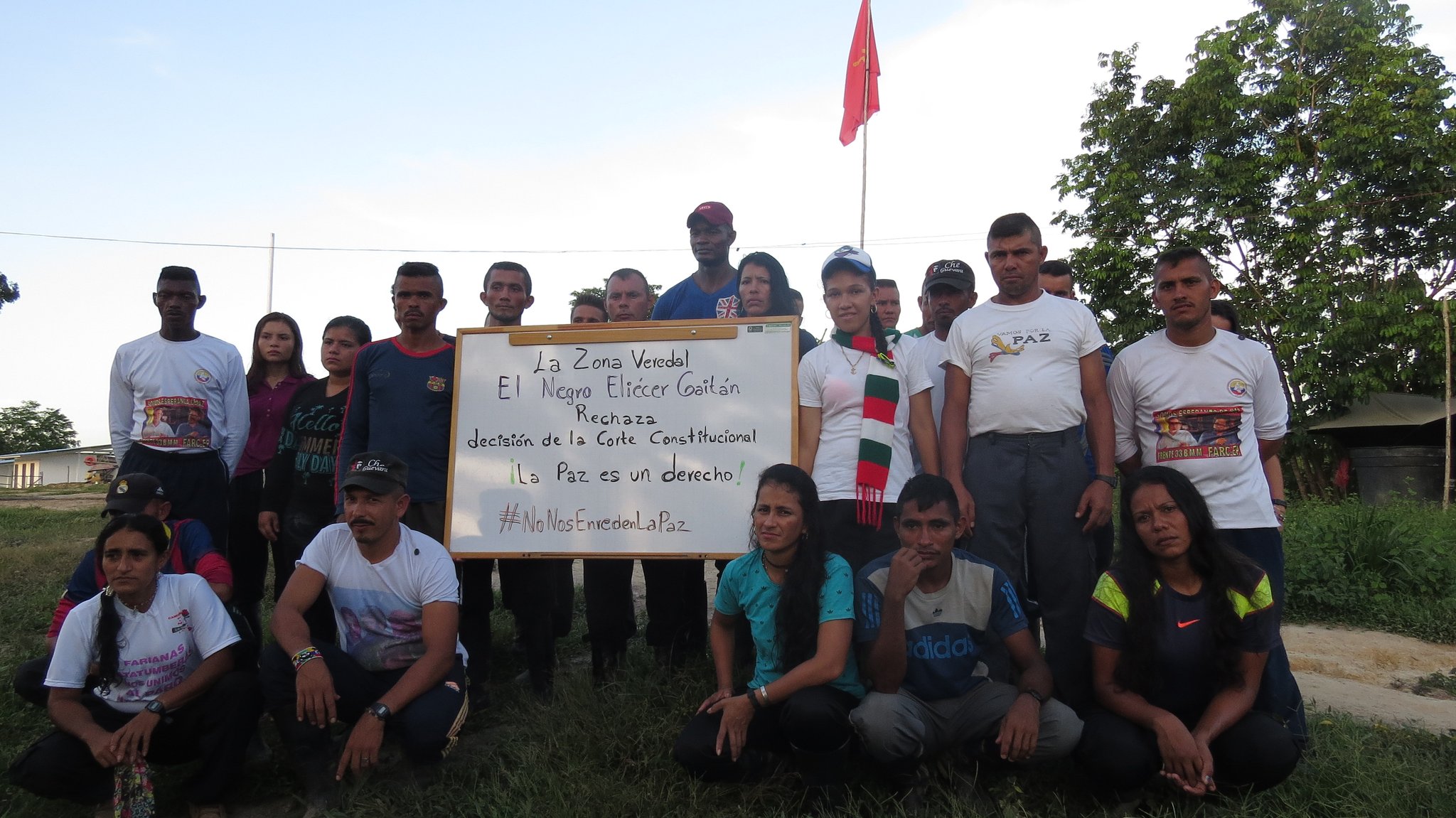 Of the 53 years of the FARC-EP, I spent the last thirty in their ranks. I arrived in 1987, a month before Dr. Jaime Pardo Leal, president of the Patriotic Union political movement, to whom I had got connected to less than two years before, was killed. I was a lawyer and came from the city, so the contrast with my previous life was enormous.

The nights seemed too dark for me, and the incessant choir of crickets that only disappeared in the light of day provoked a strange feeling in me. Rain was falling with deafening rays and you had to walk through monstrous mudslides. The weight on the back and the arms became new organs that you had to learn to dominate. The only joy came from the others.

With the days, the months and the years I learned that the field and the jungle have their own scents, and that these attach to the body without being noticed. In my times in the Sierra, I could sometimes see from the heights the night glows of Barranquilla and other cities.

Also, on sunny days, I appreciated the immense blue of the sea merging with the sky on the horizon, in prodigious contrast with the green vegetation behind.

I marvelled at the immense white moles of the snowy mountains, which in the early morning sent out an icy mist. Later, when I was transferred to the Magdalena Medio, the beautiful landscapes were replaced by more hostile ones. Nowhere did I find such heat or clouds of mosquitoes. They were throwing themselves on top of us and only the mosquito net in the evenings protected us.

From them I learned of malarial fevers, as well as the medicines to cure them. If in the Sierra I learned of poisonous snakes, in my new home I confirmed how terrible their bite could be. I observed that in the flat lands the rivers do not carry stones but mud, and their waters are brown or black like those of the Opon. In them the invisible stalk strikes with its silent and cruel dagger.

In the Sierra we were talking about the Contraguerrilla as a troop of care. In the Magdalena Medio they were Mobile Brigades. On the coast paramilitarism was only beginning to flourish, while in Santander it dictated a criminal perversity. The Masetos used the terror to impose themselves on the peasant population and to turn it against the guerrillas. Their coordinated work with the military and civilian authority gave them impunity.

My best memory of the Sierra and the Magdalena Medio is the immense affection that the people had for us. You had to see the faith they had in the guerrilla commanders, the respect, the solidarity and the disposition to the sacrifice that they always showed to us. Their organizations and their fighting spirit were the best encouragement to give everything for them.

Then came the time of Caguán, the public hearings carried by radio and television to the country. I was thrilled by the fervor of men and women who came from the remotest places of Colombia, their lectures full of nonconformity, projects and dreams for their regions. The government had to burn all that, just as it got rid of the Common Agenda for Change, signed as an agenda for the Peace Process with the FARC.

The talks broken, I stayed long years in the Eastern Bloc. There I knew the most intense of war. There was no more civilian population to turn to, only jungle, marches, winters, summers, aircraft overflight, bombing, landings, machine-gunning, fighting. One morning in November we embraced with Domingo Biohó, Simon Trinidad and Lucero who were leaving south without imagining the faith awaiting them.

I shared with girls and boys of heroic stamina the most difficult circumstances. It was common to hear of their death or injuries, or of their disappearance after a battle without ever having any news of them again. They gave their lives for the cause and there was not even time to mourn them. How love and dreams were truncated, but how endless dreams returned again. What a beautiful smile the guerrillas had, what a loud laugh the guerrillas gave.

I crossed hundreds of miles through almost virgin landscapes to the Catatumbo. Next to Timo came the peace talks and the Final Agreement with the government. The recognition of the FARC as a prestigious political force took on a universal dimension. A prize to Jacobo and Manuel, to the tens of thousands of fighters with their histories full of humanity and greatness.

The dislike dropped on us for 53 years never ceased. How the powerful, greedy, intolerant are afraid of words. How they trying desperately to silence us.

Upon returning to the country from Havana, we are sure to reach good port. The cause of peace today more than ever belongs to the peoples, it involves justice and rights.