PAIN MANAGEMENT IS A HUMAN RIGHT – BUT NOT FOR ALL

56 years ago, in 1961, an international treaty, the Single Convention on Narcotic Drugs “obligated countries to work towards universal access to the narcotic drugs necessary to alleviate pain and suffering 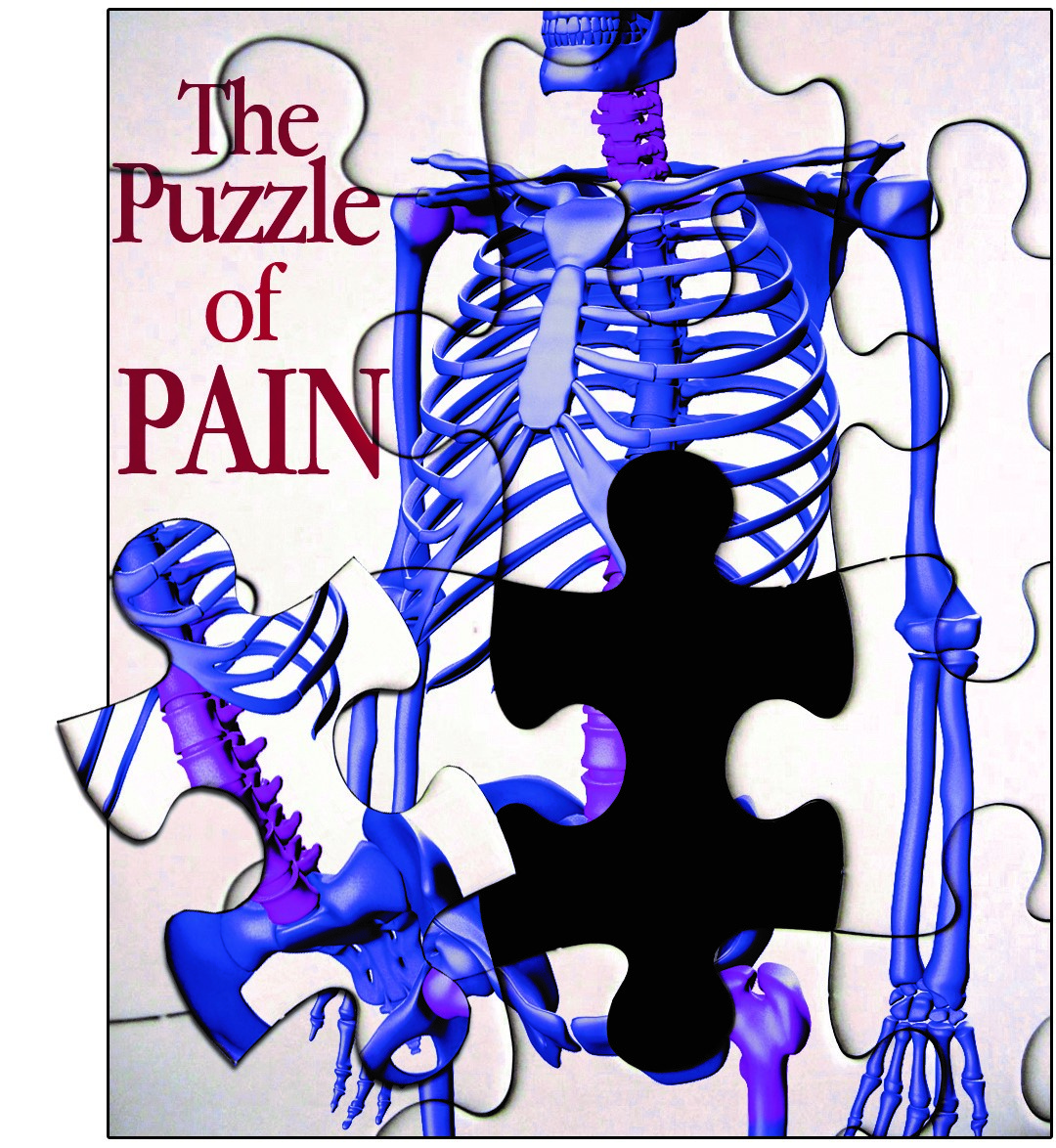 “I thought I was going to die, not from the cancer, but from the pain.”

“There are many reasons for the enormity of the gap between pain treatment needs and what is delivered, but the chief among them is a willingness by many governments around the world to passively stand by as people suffer.” (Lohman, Schleifer and Amon, 2010)

56 years ago, in  1961, an international treaty, the Single Convention on Narcotic Drugs “obligated countries to work towards universal access to the narcotic drugs necessary to alleviate pain and suffering.” Still, “despite the existence of inexpensive and effective pain relief medicines, tens of millions of people around the world continue to suffer from moderate to severe pain each year without treatment.” The authors of the 2010 study, ‘Access to Pain Treatment as a Human Right’, go on to say:

“According to international human rights law, countries have to provide pain treatment medications as part of their core obligations under the right to health; failure to take reasonable steps to ensure that people who suffer pain have access to adequate pain treatment may result in the violation of the obligation to protect against cruel, inhuman and degrading treatment.”

The reasons this has not happened are many, were outlined in their document and still relevant:

The authors conclude: “These barriers can be understood not only as a failure to provide essential medicines and relieve suffering but also as human rights abuses.”

Likewise in April 2016, the UN General Assembly Special Session on the World Drug Problem “called on countries to consider reviewing “unduly restrictive” regulations and impediments “to ensure access to controlled substances for medical and scientific purposes, including for the relief of pain and suffering….”

The title says it all. “Many patients in Guatemala face unbearable suffering at the end of life, but it doesn’t have to be that way,” said Diederik Lohman, acting health director at Human Rights Watch. “With a few simple, inexpensive steps, the government can drastically improve the plight of these patients.”

Despite the fact that as we enter the 21st century, health is an established fundamental human right enshrined in numerous international human rights instruments, to read this report is to have your heart broken and your mind stunned by the depth of human ignorance in the face of so much human suffering, alongside the political cynicism and bureaucracy that facilitates this suffering, not just in Guatemala, one ‘third world’ country, but within an estimated 80% of countries across the globe.

The World Health Organization has defined palliative care as: “…an approach that improves the quality of life of patients and their families facing the problems associated with life-threatening illness, through the prevention and relief of suffering by means of early identification and impeccable assessment and treatment of pain and other problems, physical, psychosocial and spiritual.”

Now this report, “Punishing the Patient’: Ensuring Access to Pain Treatment in Guatemala,” shows how Guatemala’s drug control regulations “make it almost impossible for many patients with cancer and other advanced illnesses to get strong pain medicines like morphine. Patients described their extreme pain and other symptoms and how they struggled to cope with a dim prognosis. They said they had to make visits to multiple doctors because many were unable to adequately treat pain, and many said they faced lengthy travel on crowded buses to reach hospitals that offer pain treatment.”

Most if not all pain can be controlled. In general this is achieved through the use of morphine. Morphine  is not an expensive drug. Despite these facts:

“Approximately 89% of the total world consumption of morphine occurs in North America and Europe. Low and middle income countries consume only 6% of the morphine used worldwide, even though they are home to about half of all cancer patients and more than 90% of HIV infections. However, inadequate pain management is also prevalent in developed countries.” (Diederik Lohman, Rebecca Schleifer and Joseph Amon, 2010)

The 67 page HRW Report is the outcome of 79 interviews, 37 people with cancer or their relatives, and 38 health care workers and describes “extreme pain and other symptoms…” The report offers grim reading. The study finds that “Guatemala’s lack of effort to ensure access to palliative care, regulatory barriers, and needlessly restrictive and complex regulations on controlled substances condemn many patients with pain to needless suffering, with devastating consequences for them and their families.”

“I mourn for all the patients I can’t see,” one doctor who provides palliative care said. “There are so many people who don’t have access to a doctor who can prescribe opioids or even someone to refer them to a doctor who can.” Of 14,000 doctors in Guatemala only 50 to 60 doctors, “all of them in Guatemala City”, can prescribe morphine. “This is because under Guatemala’s regulations, a physician must use a special prescription pad to prescribe morphine and other opioid analgesics, but the procedure for getting the pad is needlessly complicated, Human Rights Watch found.”

HRW concludes: “Guatemala’s drug regulations are needlessly restrictive, inconsistent with both WHO and International Narcotics Control Board (INCB) recommendations and out of line with regulations in other countries in the region.”

Everyone has a right to be free from unnecessary pain and suffering: “According to international human rights law, countries have to provide pain treatment medications as part of their core obligations under the right to health; failure to take reasonable steps to ensure that people who suffer pain have access to adequate pain treatment may result in the violation of the obligation to protect against cruel, inhuman and degrading treatment.” Lohman, Schleifer and Amon, stated in their 2010 study. To deaf ears, as the global statistics on pain management and access to adequate palliative care show.

And so Human Rights Watch indicts Guatemala for the barriers it puts up to deny adequate care to its citizens, despite its constitution’s  inclusion of the Right to Health in Article 93, declaring it a fundamental right afforded to all Guatemalans:

“International human rights law requires the Guatemalan government to ensure that patients with life-limiting illnesses have adequate access to pain treatment and palliative care. Its failure to do so violates the right to the highest attainable standard of health and may violate the obligation to protect people from cruel, inhuman, and degrading treatment.”

While this report focuses on Guatemala, a variety of studies across the world show that the situation here is not unique: It is estimated worldwide that between 75% and 80% (WHO figures, 2008) of the world’s citizens cannot access either the care or the  controlled medicines they need to treat moderate to severe pain. The end result is people living and dying in treatable, yet uncontrolled pain.

In 2014, the United Nations (UN) Special Rapporteur on torture and other cruel, inhuman or degrading treatment or punishment, Juan E. Méndez, said: “States also have an obligation to prevent pain and suffering that amounts to cruel, inhuman or degrading treatment…” while urging governments around the world to ensure full access to palliative care for all terminally ill patients, including older persons, and to overcome all obstacles that restrict availability to essential palliative care medications.

“States should promote widespread understanding about the therapeutic usefulness of controlled substances and their rational use,” he specified.

Human Rights Watch goes on to say: “Due to limited access to essential medications, WHO estimates that tens of millions of people around the world, including around 5.5 million end-stage cancer patients and 1 million people with AIDS, suffer from moderate to severe pain each year without treatment.” In Guatemala, while over 28,000 people are estimated to be in need of palliative care annually, around 5,000 people die in pain and suffering each year as a result of being denied morphine or other strong pain medication.

Bottom line: people have the Right to Health, including freedom from unnecessary suffering. The International Covenant on Economic Social and Cultural Rights (ICESCR), to which Guatemala acceded in 1988, specifies in Article 12 that everyone has a right “to the enjoyment of the highest attainable standard of physical and mental health.”  The Committee on Economic, Social and Cultural Rights, the body responsible for monitoring compliance with the ICESCR, maintains that states must make available “in sufficient quantity functioning public health and health-care facilities, goods and services, as well as programmes,” and that these services must be accessible. “Notably, the United Nations Committee on Economic, Social and Cultural Rights maintains that there are certain core obligations intrinsic to the right to health that are so fundamental that all state parties to the ICESR must meet them immediately rather than progressively realizing them over time. While resource constraints may justify only partial fulfillment of some aspects of the right to health, the committee has observed vis-à-vis the core obligations that “a State party cannot, under any circumstances whatsoever, justify its non-compliance with the core obligations…which are non-derogable.”

Available on BMC Medicine, the open access online medical journal, ‘Access to pain treatment as a human right‘ concludes: “The lack of pain treatment medicine is both perplexing and inexcusable. Pain causes terrible suffering yet the medications to treat it are cheap, safe, effective and generally straightforward to administer. Furthermore, international law obliges countries to make adequate pain medications available. Over the last 20 years, the WHO and the INCB have repeatedly reminded states of this obligation. However, little progress has been made and tens of millions of people continue to suffer – both directly from untreated pain and from its consequences.

Under international human rights law, governments must take steps to ensure that people have adequate access to treatment for their pain. At a minimum, states must ensure the availability of morphine, the mainstay medication for the treatment of moderate to severe pain. Failure to make essential medicines such as morphine available or, more broadly, to take reasonable steps to make pain management and palliative care services accessible to all, results in a violation of the right to health.”

Governments, whether in Guatemala or anywhere, need to deliver on their responsibilities to their citizens and their obligations under human rights law. There has been sufficient encouragement from international bodies towards states developing local policies in pain management and palliative care. Now is the time for their implementation.

Under a Human Rights consensus, shared across the globe, it is not enough for states to refrain from murdering and torturing their own citizens. In the 21st century we hold an expectation that these same states will actively work towards the well-being of their citizens and in particular in times of great vulnerability, such as serious illness and at the end of life.

We need now to ask: why is it such a big deal?

“Before coming here, they couldn’t control his pain. The pain was too strong. It was a 10 [on a scale of 0 to 10]. He couldn’t sleep when the symptoms started. He could do a little work, but he couldn’t finish it. He always had to stop and lay down. Since [coming to the cancer institute], the pain has been managed well. It makes him feel comfortable…. We actually feel satisfied with how he’s being taken care of.”

Ensuring Access to Pain Treatment in Guatemala: “Punishing the Patient”

Life Before Death: “Life Before Death, the documentary series visits 11 countries to  follow the remarkable health care professionals battling the sweeping epidemic of pain that threatens to condemn one in every ten of us to an agonizing and shameful death. “Through the eyes of patients and their families we discover the inherent humanity that empowers the best of us to care for those beyond cure.”