The massacres of innocents and the attacks on the NGOs

The exhortation of Vittorio Arrigoni [Italian activist killed in Palestine], to remain human, has really become the last great and vital imperative of our time 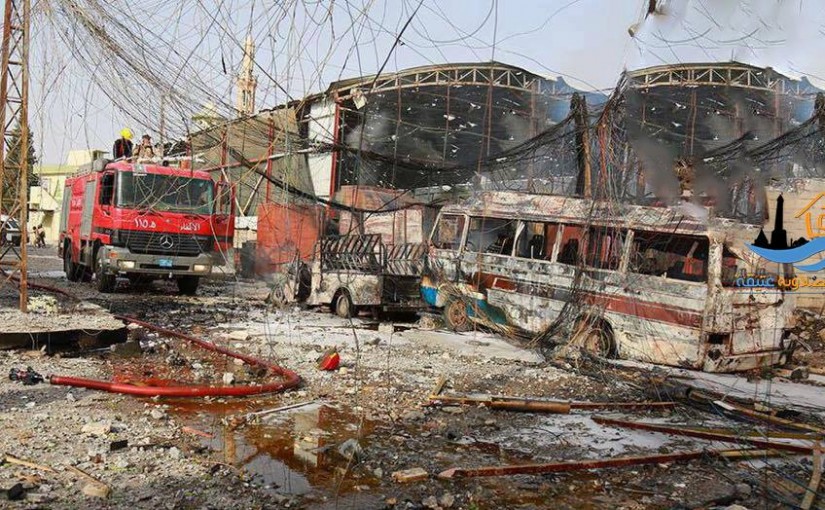 The chronicles of these last days tell how Herod is always between us and is triumphant. He hit on May 23 in Manchester, at an Ariana Grande concert: 22 victims, including various teenagers, Nell, Sorell, Olivia, Giorgina, and an eight-year-old girl, Saffie. ISIS has claimed the attack, while the author is a youngster born in the UK by Libyan parents. The rest of the world, at least in the West, as after the Bataclan in Paris, is indignant and reacts as emotions and anger grow, but also xenophobia and Islamophobia.

Shortly after, on May 26, Islamic extremism came back, bloody and more organized, this time in Maghagham, Egypt. 28 the victims among the Coptic Christians who were the target of the attack. Again there were numerous children among the victims. We do not know their names or even the exact number. This significantly reduces Western ability and disposition to emotion as well as being, by itself, indicative: the dead in which we can identify are our “dead”; “the others” are, at most, distant numbers, all equal, no one capable of triggering emotions and a real mourning.

It has been a long time, at least since the wretched and criminal theorization and putting into practice of the “infinite war” by George W. Bush’s administration, supported by the British government of Tony Blair, that the images of death and destruction of Afghanistan, Iraq, Syria, have disappeared from television screens. Thus indirectly allowing for the enlargement and multiplication of the theaters of war and making pointless, for worldwide public opinion, any kind of massacre and horror bombings, of hospitals included. A practice, the latter, for the truth, already experienced in the Balkan War; prodromic warfare, which made possible all those that followed.

Embedded journalism has produced the manipulation and taming of news and reality. As well as of consciences. In the short term of fifteen years it has defused every possible reaction, emotional, moral and political at international level. Massacres can thus replicate at a rhythm now breathtaking without any brakes and answers. Except of course the less frequent and less bloody attacks, albeit terrible, that are happening in Europe or the United States carried out by jihadist fanatics, more or less organized; they fill the media, prompt opinionists, ignite spirits, trigger indiscriminate reprisals.

In two distinct air raids on May 25 and 26, the US-led military Coalition bombarded some buildings hosting Islamic State militia family members in Madayeen, Syria. The first balance was 102 casualties among civilians; in this case the massacre of children was even more terrible: 42 little being mimed by the missiles.

The Coalition commander, Colonel Ryan Dillon, admitted the tragedy, of course, placing the ultimate responsibility to ISIS, as it keeps civilians in war zones. The bad ones, then, are always the others, while pain and piety are reserved only to our own.

Nothing new, it is the story of every war. It’s a daily story. Only in recent days the command of US forces, thank him, has admitted the massacre that took place on March 17 in Mosul, Iraq, where at least 137 civilians (but they could indeed amount to several hundreds: not only the names, often the numbers of civilians killed in those distant and devastated countries are simple shadows without body) remained victims of one of the many aerial attacks by the Coalition.

According to the monitoring carried out by the independent Airwars organization, since August 2014, the raids of the US-led military coalition have been 21,733, including 12,766 in Iraq and 8967 in Syria. Civilian casualties are calculated at at least 3681. There are no details of how many of these are children, but they are definitely a large part. While there is no reliable data on the civilian casualties of the Russian bombings in the same regions, it can be assumed that the numbers here are high too.

Dramatic figures, however, do not change or slow down political and military strategies, nor do they, like the time of the invasion of Iraq, mobilize associations, civil society and world movements. Moreover, solidarity organized in Europe and not only is now the subject of a denigration and demolition campaign that would have been unthinkable only a short while ago.

The massacre perpetrators do not tolerate witnesses of their crimes. A campaign not just for the NGOs involved in the rescue of so many human beings in the Mediterranean, which have become the subject of a virulent political-media offense without precedent, and without any reason or factual data, which is not exactly the obvious will to remove those who still put to the top human rights and the right to life. In the era of neocolonialism and unequal and unjust globalization, however, there are lives that are worth less than a feather.

There are European countries, the same that wanted and promoted the walls to curb the human exodus of those fleeing from the bombing, such as Hungary’s Viktor Orbán, that are discussing in their Parliament rules to prevent the activities of non-governmental organizations , accused of being supported by foreign countries.

Al-Sisi Egypt has already done so, with a new law that put under control of the army and secret services the activities of NGOs, local and international.

For nationalisms and populisms, the category of “foreigner” is equivalent to that of an enemy, real or potential.

In the meantime, on May 24, another shipwreck in the Mediterranean: 34 dead migrants, including at least a dozen children.

The war against the poor of the world is intensifying and is now turning to those who are trying to help and those who, if not else, stand up, not staying indifferent and not wanting to be accomplice.

Pity seems dead along with the common sense of justice. There are pockets of resistance, significant, as the massive event of May 20 in Milan has highlighted, replicating that of Barcelona and claiming that “No one is illegal”. It is a pity that these events have little impact on policies, as we have always seen in Italy with the adoption of the Minniti decrees and its immigration choices, the re-establishment of the ineffective, costly and bankrupt CIEs [detention centres], the borders they want to outsource together with the containment of migrants and human rights violations, towards Libya, and then even further back towards Niger and Chad.

Far from the eyes, far from common consciousness. Apart from cynicism and hypocrisy, these policies cost a lot of money, but they are obviously seen as a good investment, especially for countries with oil and mining resources. The European agreement with Turkey has rapidly become a school.

In the face of the widespread feeling of helplessness, we can and must at least ask a question. Who has died first,  pity or truth? It is difficult to understand it, but there is certainly a relationship between the two.

The feelings of compassion and even indignation no longer seem to have a root and a general value. It is human, recognized and even before felt as such, only those who look like us: by ethnicity, religion and geographical origin, first of all.

But then also for the census and the social class they belong to. The opposite friend/foe concept that marked the twentieth century, founded mainly on ideological motives, has been replaced in the new century by the similar/dissimilar antagonism that easily translate into native/foreign.

All in all, is not even a real feeling, at least at the level of political decision-makers (emotions are scientifically provoked, mobilized and addressed, but affect the people, or indeed “people”).

At the base and the origin, there is instead, always and simply, a matter of geopolitical interests and, above all, economic. As it is, the moral regression that the world is living is a dirty issue of money. To this centuries of civilization are being sacrified.

The exhortation of Vittorio Arrigoni [Italian activist killed in Palestine], to remain human, has really become the last great and vital imperative of our time.