The Struggle for Peace in Northern Kurdistan… 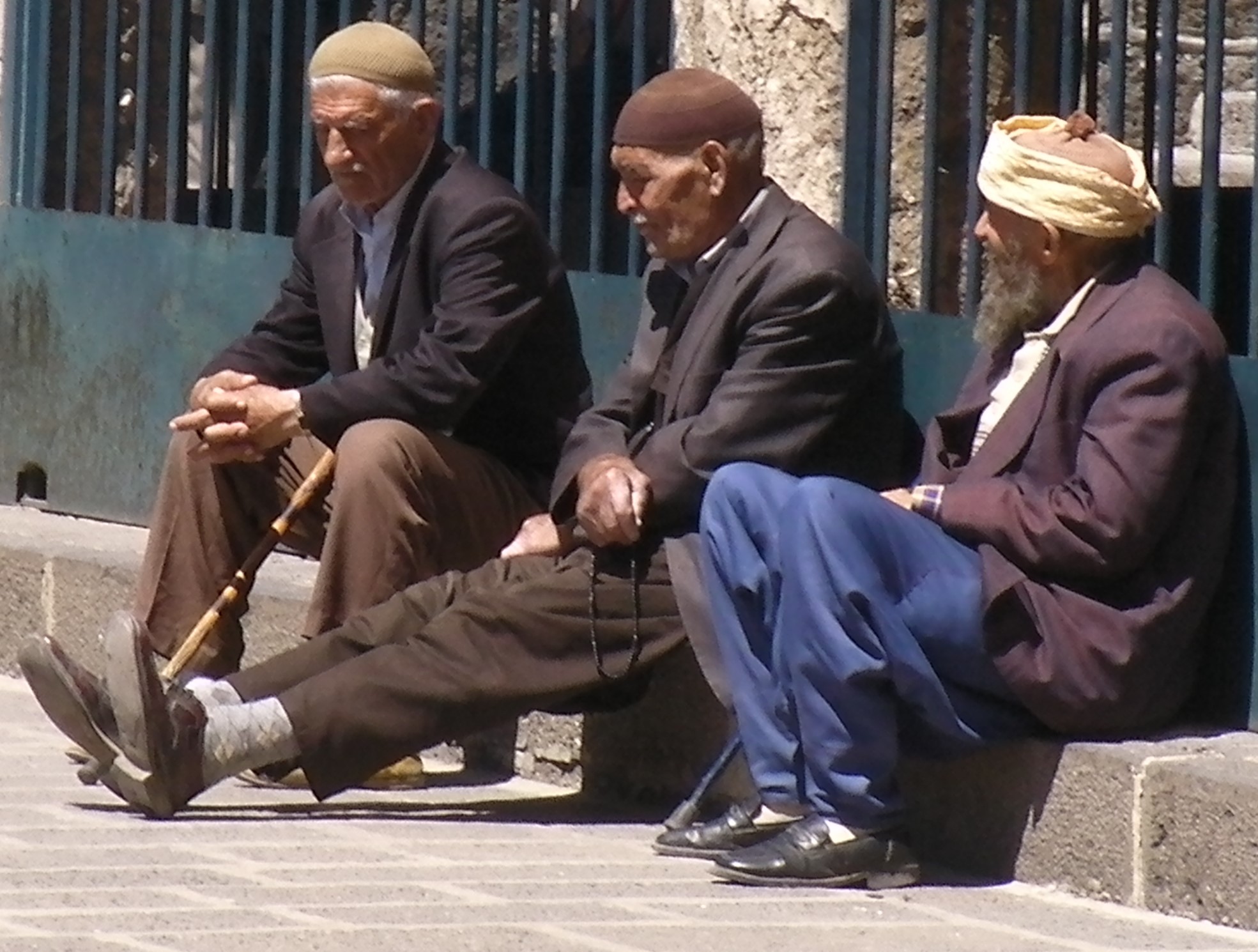 In amidst the deep silence of the western  media in the face of the violent suppression of Turkey’s Kurds, driven firstly by military might and now by the rigorous clampdown in civil and political rights that has followed the failed coup against President Recep Tayyip Erdoğan’s increasingly dictatorial regime, a number of voices, it appears, are now attempting to navigate the stormy and dangerous waters of ‘public opinion’ in an attempt to invest energy  in a renewed peace initiative since the collapse of the original Solution Process in July 2015, followed by the war that has displaced over half a million Kurds from their towns and cities as well untold numbers dead and injured and the many prisoners currently rotting in Turkish jails…

In recent weeks Al Monitor journalist, Mahmut Bozarslan attended one of a number of meetings apparently made up largely of non-PKK supported groups who are calling from the margins of civil society for peace talks to resume and for peace to be put back on the agenda between the Turkish state and its Kurdish population.

“ANKARA — Dozens of Kurdish and Turkish activists came together silently in Ankara May 20 to discuss efforts to revive the Kurdish settlement process, which collapsed into bloodshed two years ago. The gathering — held without much publicity in the highly charged political climate that prevails in Turkey today — was part of a fledgling civic initiative that seeks to strengthen Turkish-Kurdish dialogue on the grassroots level and encourage skeptic Turks to see the Kurdish problem beyond the violence of the outlawed Kurdistan Workers Party (PKK)…The initiative comes amid recent reports that Ankara might consider jumpstarting the settlement effort, but this time without the PKK — which both Turkey and much of the international community consider a terrorist organization.” [Al-Monitor, May 26th]

From rumours of hope and talks to actual meetings, this initiative is organised by the Tigris Social Research Center (DITAM), “a think tank based in Diyarbakir” where the inaugural meeting took place, de-facto capital of Northern Kurdistan, to be followed by the recent one held in Ankara where journalists heard a number of disparate comments struggle to create a context, if not a consensus, for a desperately needed new peace initiative.

“The gathering that Al-Monitor attended brought together diverse participants, among them prominent intellectuals and longtime activists on the Kurdish issue, but also Kurds close to the ruling Justice and Development Party (AKP) and Turks with no particular sympathy for the Kurdish cause. Their views were equally diverse. Some suggested that Ankara should drop the terrorism rhetoric against the PKK; others argued that the PKK seemed “as eager on war as the AKP.”

Some of the points raised:

“What I’ve seen throughout my existence is that [the majority of ordinary Turks] never saw the Kurdish problem as a problem of human rights violations. Rather, the Kurdish problem became a terrorism problem…I don’t think the government will move forward on a settlement unless it has some really big interest. What we need to do as NGOs is to insist that the settlement process is the only solution.”

Mehmet Emin Ekmen, (a former Kurdish lawmaker for the AKP):

” …argued that pro-Kurdish activists tended to focus on the government’s military crackdown, disregarding the PKK’s own violence. Referring to the PKK’s increased regional involvement, he said, ‘The [failed] process might have had a lot of shortcomings, but the PKK’s intricate ties with Damascus, Moscow and Tehran also contributed to the point we’ve come to today.’ A new effort at settlement, he stressed, should involve a ‘third eye’ — or a monitoring party — to deal with disarming the PKK.”

Prominent sociologist and writer Ismail Besikci, (“an ethnic Turk who has served several jail terms for his dissident work on the Kurdish issue…”):

“…criticized the PKK for entrenching militants in urban neighborhoods, which took the clashes to residential areas. ‘It is very important for Kurds in this period to secure popular support from the west [of Turkey]. Western Turkey would not support fighting in the trenches, but if the Kurds face oppression because of their mother tongue or because of their Kurdishness in general, it would lend them support,’ he said.”

The HDP’s election breakthrough in June 2015, when the party won 80 seats to become the third-largest force in parliament, should have pushed the guerrilla struggle to the back burner, he said, adding, “The struggle would have been much more successful in this way, and destruction would have been avoided.”

DITAM president Mehmet Kaya “remained hopeful: “…he observed that civic groups of diverse leanings — Kurdish, pro-AKP, Kemalist and neo-nationalist — “all agree that the problem cannot be resolved through fighting or security-centered solutions.”

All going to show the complexity of the landscape where, despite Abdullah Öcalan’s almost prophetic philosophy of participatory democracy – (in the current climate of war, both locally and regionally, where participation has more to do with military power and intrigue than popular democratic political participation) – consensus is hard to find and where positions are under enormous pressure solely to harden as a result of the escalating violence and the mounting body count.

Of interest also, Kurdistan24  reported on 14th May:

“Turkey’s largest trade association on Saturday called for a new resolve to make peace between the country’s unyielding Kurdish population and the Turkish state during a meeting of top businesspeople in the Kurdish city of Diyarbakir…In a speech, President of the Turkish Industry and Business Association Erol Bilecik suggested a nonmilitary solution to what he described as “the Kurdish Problem.”

“‘In the term ahead, we long for an irreversible abandonment of the armed struggle,’ said Bilecik in an apparent call to the PKK whose guerrillas and the Turkish army continue to fight over government’s suppression of Kurdish demands.”

“We believe in the creation of circumstances that can help build means of dialogue and open up the way for politics for [peace],” added Bilecik.

Despite the lack of consensus articulated (especially when you put aside the obvious contradictions of a militant PKK confronting an equally repressive Turkish State) what the peace-building International Crisis Group (“War is not inevitable; it is a man-made disaster“) called an “Inevitability Postponed” would appear to be desperately and tentatively seeking to be born in amidst the ruins of the years of war and a virulent swing to the right in a region where outside forces continue to destabilize and offer little prospect for anything other than further struggle and upheaval.

” The tragic paradox is that the previous peace efforts were born of a realization by the leaderships of both sides that there can be no winner from military confrontation. Turkey and the PKK should urgently build their way back to peace talks.”

That is not to say that peace cannot be an option.

“Turkey’s allies in the West, who remain primarily focused on the Syrian crisis and its regional security and refugee crisis consequences, should not dismiss the risks posed by a swiftly deteriorating conflict in Turkey. In their own interests they should encourage Ankara to focus on achieving a long-term solution to the Kurdish issue.”

It would be imperative now that the West, who, alongside the other historical catastrophes they gave created, have to be held responsible for the state that the wider Kurdistan entity is in, support these fledgling initiatives  – but the cynicism and self interest  involved in these players will probably only guarantee more violence until some unknown conjuncture can appear that shifts the hearts and minds of those in power towards a negotiated settlement that would recognise the needs and aspirations of all parties in this troubled region, as well as the evolving situation in the wider environment…and where else could this ‘conjuncture’ be nurtured other than within the legitimate demand for peace with justice that the mass of people in every European and middle eastern country wish for..?

Sadly – until this moment gains recognition and momentum, it is the Turkish people themselves or the Kurds, whose ‘only friends have been the mountains’ for so long, who will continue to pay the price, while fragile initiatives like The Rojava Federation await betrayal and an independent Kurdish Regional entity in Northern Iraq put itself on the market for the highest bidder.

It may also be a step forward and imperative to recognise that despite criticisms of the PKK and its military wings, the Kurdistan Workers Party, has itself gone through enormous changes in the last 30 years, and commands enormous support and respect in the Kurdish areas and that their struggle is not a mindless ‘terrorist’ campaign but an evolving struggle to protect, defend and celebrate their peoples’ historical identity: by delisting the PKK from the international list of terrorist organisations and encourage it to both represent its constituency in a multi party environment as well as participate in a  the much-needed peace process.

It is always the right time for people, in every part of the world, who value peace, value freedom and who recognise the enormous challenge the future poses to all our social entities (states, nations empires), to demand progress, demand that the peoples’ dreams for peace with justice be acknowledged and that there can be a future without war, without subjugation, without oppression…a society where the free development of each is the guarantor of the free development of all…