Home > Magazine > Right to Decide > The winds of change are blowing

The winds of change are blowing

John’s candidature was swift and unforeseen. But it carried with it so much significance. He is part of the new republican generation 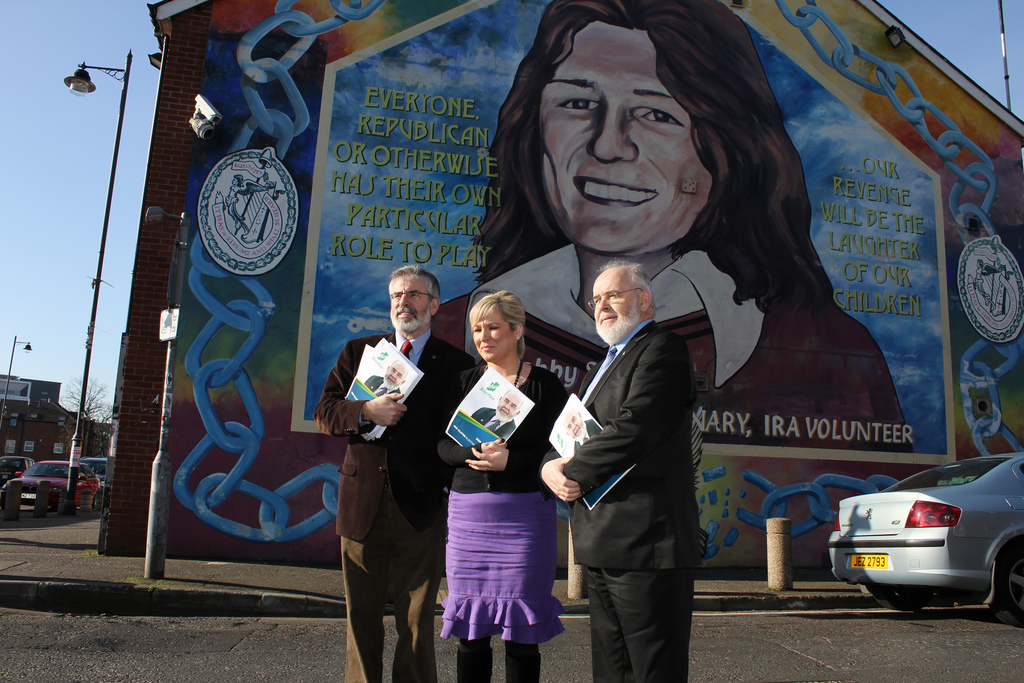 As John Finucane approached the podium at the launch of his election  campaign he momentarily stalled, took a deep, deep breath and looked  heavenwards.

It was a special moment in his and his family’s life; for Sinn Fein and  the people of North Belfast – a community which had endured much, much  hurt in the conflict.

Just like John’s family, whose father Pat was cruelly killed by  loyalists, a few hundred yards away from where he spoke in the Lansdowne  Court Hotel.

That awful day his and his family’s life changed forever.

His life was about to change again in a good, and yet, in unforeseen  ways as a novice contender.

His mother Geraldine and his family looked on with pride at this new  departure in their lives. On public occasions John was never too far  away from his mother’s side as she campaigned tirelessly and with  dignity for the truth about the killing of her husband and the father of  her children. And now she stood with him.

John’s candidature was swift and unforeseen. But it carried with it so  much significance. He is part of the new republican generation: profoundly hurt by the conflict but equally profoundly knows the  benefits of peace.

He is a member of a party which values continuity not just of ideas but  of people. Hence the experienced and valuable presence of Gerry Kelly  and Caral Ni Chulin – the area’s formidable and long-standing duo.

It is one tough battle for Sinn Fein to take North Belfast. But the  winds of change are swirling through the area.

A majority voted against the direction of its DUP MP, Nigel Dodd’s,  twice in less than a year.

The people rejected his advice and a majority voted to remain in the EU.

In the assembly election three nationalists to two unionists were  elected resulting in the defeat of Nelson McCausland.

Nationalists have come to appreciate the power and value of their vote.

They joined unionists and others to produce a majority in the north in  favour of remaining in the EU.

With others they also ended unionist majority rule in the assembly for  the first time in almost one hundred years.

It is this momentum John Finucane is tapping into.

It is this momentum, especially the anti-Brexit mood that Naomi Long is  also tapping into in East Belfast to try to win the seat from the  pro-Brexit DUP.

The same momentum is in place in South Down which saw Sinn Fein lead the  SDLP by 6,650 votes in the Assembly election and in Fermanagh and South  Tyrone where Sinn Fein outpolled the SDLP by 16,874 and in Foyle – long  the citadel of the SDLP, where Sinn Fein are ahead of the party by 2,162  votes.

The story in South Belfast is similar in terms of the growth of the Sinn  Fein vote set against the declining SDLP vote.

But the contest there is much more difficult to predict. The seat is  held by the SDLP and less than 1,400 votes separate all the contestants.

The judgement, and it is the finest to be made in all of the  constituencies is, who is best placed to hold the seat: the SDLP or Sinn  Fein?

The anti-Brexiteers have a lot of soul-searching to do before June 8.

Soul-searching too south of the invisible border as the Fine Gael party  also go to the polls to consider its replacement for Taoiseach Enda  Kenny who resigned last week.

I thought it of singular interest that in all the media commentary about  his achievements the north was not mentioned once.

He was 13 years as Taoiseach. It says a lot about the importance of the  north for the Dublin establishment.

But the new Taoiseach will be from a new generation and just like the  new generation of republicans, like John Finucane, he inherits a  peaceful country.

And the north needs to be his number one priority.