TURKEY’S WAR AGAINST THE ACADEMICS… 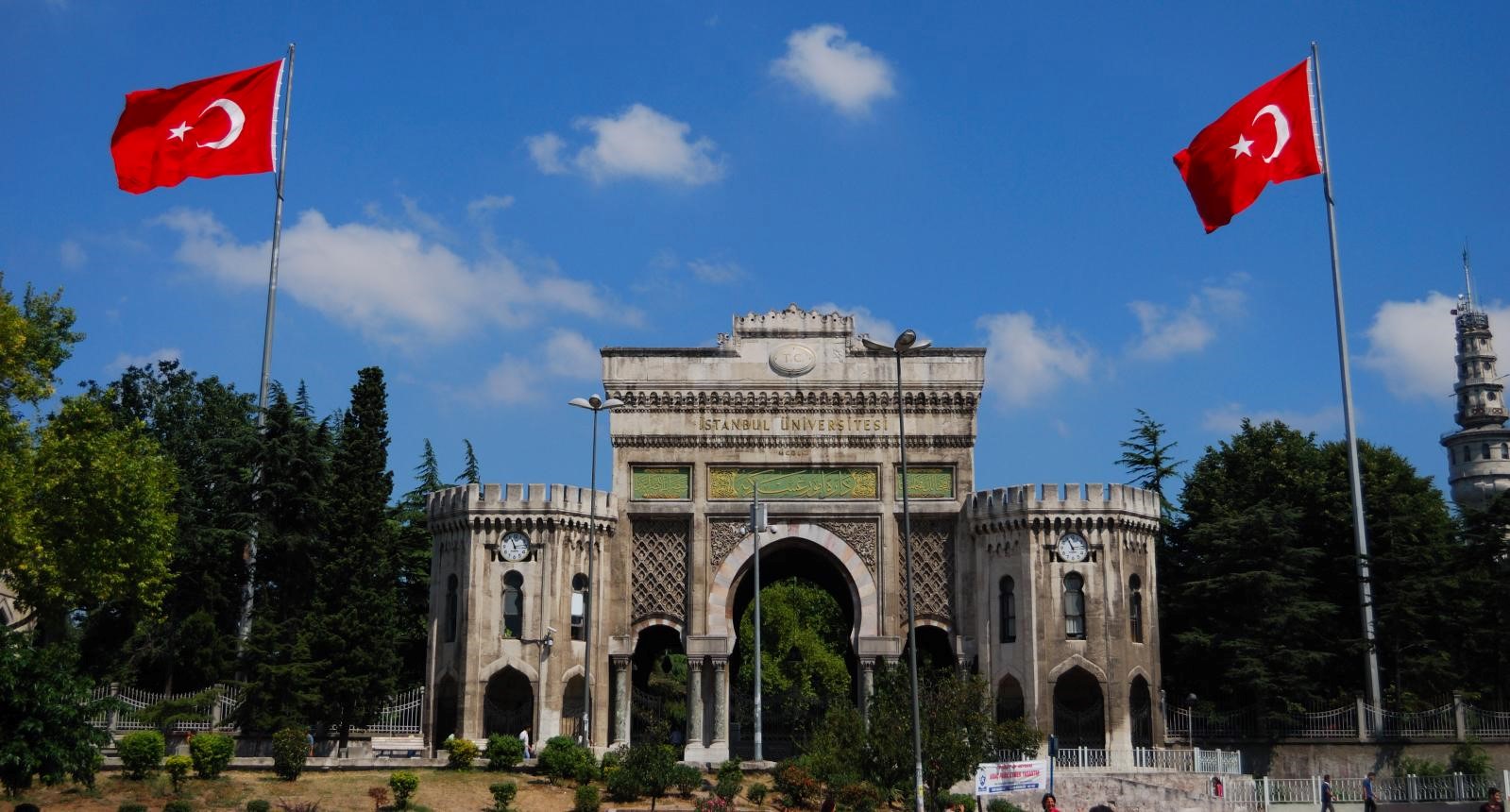 “… the case of Turkey as part of a global attack on academic freedom, an attack that could only be countered by developing transnational networks of solidarity firmly grounded precisely in those values that the likes of Erdoğan, Orbán, May, Trump, and their ideological kith and kin across the world are determined to eradicate.” Umut Özkirimli

Two recent studies have once again drawn attention to the unprecedented crackdown – even by Turkish standards based on previous episodes of severe State repression – on academics and intellectual freedom in post coup Turkey.

How to Liquidate a People? Academic Freedom in Turkey and Beyond by Umut Özkirimli, from Lund University in Sweden.

Education as Battleground: The Capture of Minds in Turkey by Deniz Kandiyoti and Zühre Emanet, from the  University of London,  who claim that “these threats to Turkey’s scholars’ careers, well-being, and constitutional right to academic freedom not only violate basic human rights, but risk the rapid erosion of academic standards, irrecoverable losses in their potential for innovative and critical thinking, and potential brain drain of their most gifted members.”

Both reports were published in May 2017.

Since the coup in Turkey an estimated 100,000 public servants have either been suspended or dismissed, many of which have also faced detention and other infringements of their needs and rights… out of which 4,811 academics have also been sacked since last July.  A lifetime ban from employment as civil servants has been imposed on most of the dismissed academic personnel; likewise many of their passports have been confiscated or cancelled; and the right to access public housing has been revoked for these 4,811 academics.

“When Turkey’s teachers returned to school in September 2016, they found their numbers decimated by expulsions, (nearly 10,000 of the teachers fired or suspended after July 15 have been members of the Egitim-Sen, a left-leaning union, which often rallies alongside the pro-Kurdish People’s Democracy Party, or HDP, itself now the target of an investigation for suspected ties to the PKK), more than half their textbooks gone, and some 2250 educational institutions sealed off. An alleged 13,000 tons of textbooks were scrapped and the rest expunged of ‘terrorist’ content. Primary, lower secondary and secondary school students spent most of the first day of school watching videos about the ‘triumph of democracy’ over the coup plotters, and listening to speeches equating the civilian counter-coup that aborted the takeover with historic Ottoman victories going back 1000 years.” (Deniz Kandiyoti and Zühre Emanet)

Not that they were trying to piss President Recep Tayyip Erdoğan off but as Umut Özkirimli has showed, many of the dismissed academics succeeded in doing just that with the launch of their Peace Declaration early in 2016.

On 11 January 2016, 1,128 academics from 89 universities in Turkey, and over 355 academics and researchers from abroad (including Noam Chomsky, Judith Butler, Etienne Balibar and David Harvey among others) signed a text calling on the Turkish State to end state violence against, and to enter talks with, the Kurds in south-east Turkey.

They said, loud and clear:

“The Turkish state has effectively condemned its citizens in Sur, Silvan, Nusaybin, Cizre, Silopi, and many other towns and neighborhoods in the Kurdish provinces to hunger through its use of curfews that have been ongoing for weeks. It has attacked these settlements with heavy weapons and equipment that would only be mobilized in wartime. As a result, the right to life, liberty, and security, and in particular the prohibition of torture and ill-treatment protected by the constitution and international conventions have been violated.

We demand the state to abandon its deliberate massacre and deportation of Kurdish and other peoples in the region. We also demand the state to lift the curfew, punish those who are responsible for human rights violations, and compensate those citizens who have experienced material and psychological damage. For this purpose we demand that independent national and international observers to be given access to the region and that they be allowed to monitor and report on the incidents.

We demand the government to prepare the conditions for negotiations and create a road map that would lead to a lasting peace which includes the demands of the Kurdish political movement. We demand inclusion of independent observers from broad sections of society in these negotiations. We also declare our willingness to volunteer as observers. We oppose suppression of any kind of the opposition.

We, as academics and researchers working on and/or in Turkey, declare that we will not be a party to this massacre by remaining silent and demand an immediate end to the violence perpetrated by the state. We will continue advocacy with political parties, the parliament, and international public opinion until our demands are met.”

Erdoğan’s reply was no less forthright, if a lot more disturbing, coming from a head of state in a modern democracy:

“There is this bunch, they call themselves academics, vilifying their own state which tries to protect its territories against a terrorist organization…These so-called academics talk about the massacres of the state. You, pseudo-intellectuals, you are ignorant, you represent the darkness … You are either with the state or with terrorists, terrorist organizations” (12 January 2016)

The president continued his attack on the 14 and 15 of January, respectively:

Our nation should know clearly who is who. Having the title of professor, associate professor or whatever does not make one an intellectual. These are dark people. These are cruel, vile people. Because those who stand together with vile people are also vile; those who side with the perpetrators of massacres are part of these massacres themselves and have committed the same crimes. I have called on the judiciary and university administrations to act on this as the signatories have violated the constitution and existing laws by signing this declaration.” (Cumhuriyet, 15 January 2016)

Umut Özkirimli, made this response:

“Needless to say, the Turkish government’s ‘war on academe’ is neither unique nor new. Anti-intellectualism has been the hallmark of authoritarian or totalitarian regimes, past and present, left and right, and a defining feature of populism—the dreary buzzword of the times we live in. Not a day passes by without a politician or a pundit targeting reputable institutions of higher education or chastizing ‘sneering liberal elites’, ‘Leftist academics’, ‘SocJus Activists’, whether it is Viktor Orbán pushing for a bill that would force Central European University in Budapest to close its doors, Donald J. Trump accusing Global Warming scientists ‘to be stuck in ice’, Michael Gove (a leading figure of the Brexit campaign) declaring ‘People in this country have had enough of experts’, to name but a few. The various contributors to this special issue thus consider the case of Turkey as part of a global attack on academic freedom, an attack that could only be countered by developing transnational networks of solidarity firmly grounded precisely in those values that the likes of Erdoğan, Orbán, May, Trump, and their ideological kith and kin across the world are determined to eradicate.”

Scholars at Risk, the US based international NGO (“an  international  network  of  over  400  universities  and  colleges  in  40  countries  dedicated  to  promoting  academic  freedom  and  its  constituent  freedoms  of  thought,   opinion,   expression,   association   and   travel”) has organised a campaign to continue its support of Turkish academics and intellectuals including calling on President Erdoğan to:

March 14, 2017. Solidarity with Purged Academics for Peace in Turkey: In January 2016, 1,128 concerned academics in Turkey (and 356 international scholars) signed a peace declaration called “We will not be a party to this crime”. These academics, known as “Academics for Peace”, were then targeted by the Turkish government and the media, because they called upon the state authorities to end the curfews and stop the human right violations in the Kurdish provinces of Turkey. Signatories were prosecuted and subjected to disciplinary investigations by their universities.