UNITED STATES: Anger boils over at denial of healthcare

Trumpcare could condemn millions of us to suffering and death 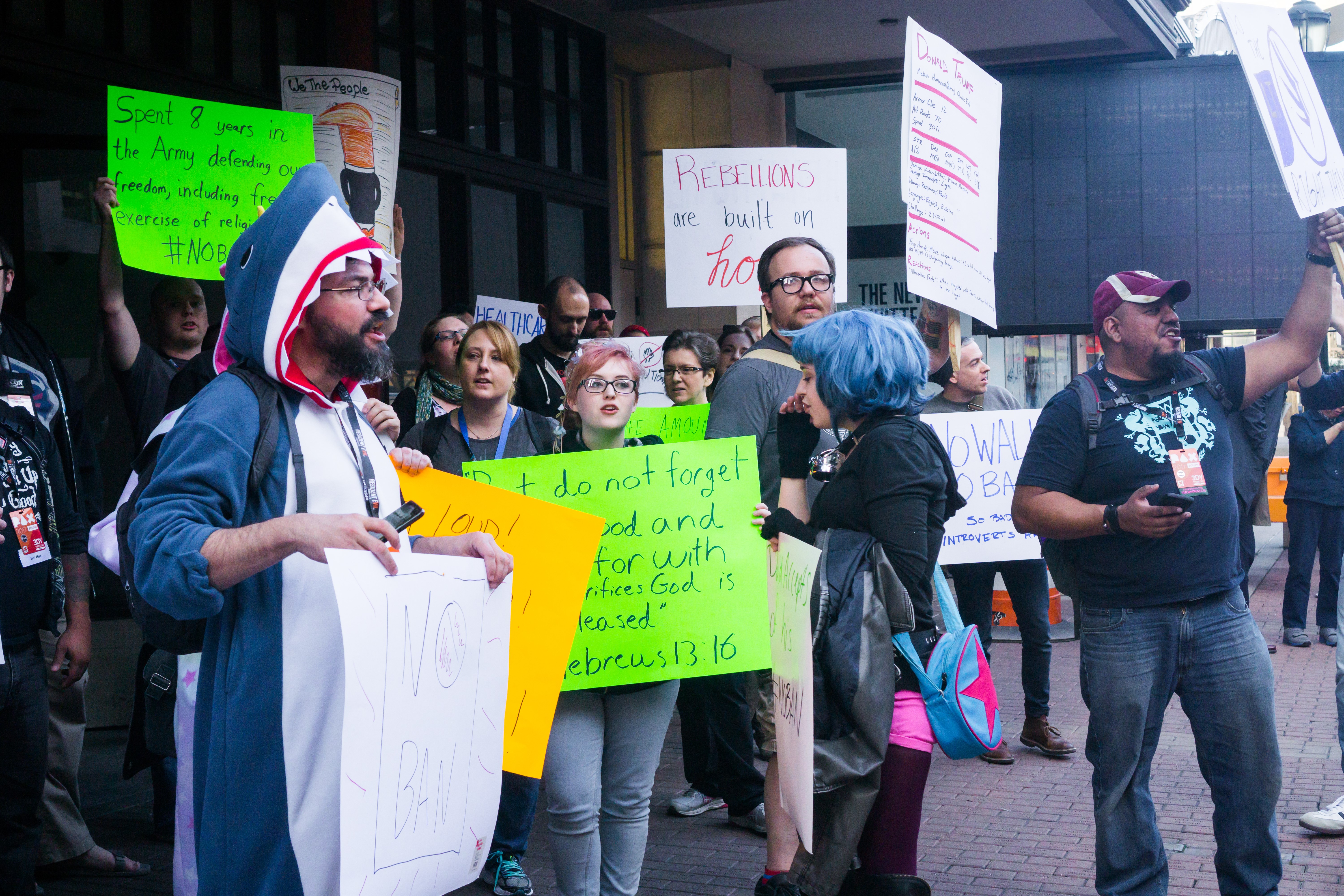 «Why the assault on healthcare? It’s partly because the big private hospital chains and the private health insurers want Obamacare revamped because it’s hurting their profits..»

At a town hall by Rep. Tom Reed (R-New York), a woman angrily told him, “I’m a veteran and I have single-payer and it has saved my life four times. There is no profit [for private insurance companies] in single-payer. We have to get the profit [out of health insurance]….We are human beings….You boil everything down to money. We are not money, we are a nation.”

She is one of millions in the United States who are angry and fearful about what Congress may do about healthcare in the wake of the House passing the Trumpcare bill on May 4.

The Trumpcare measure still has to get through the Senate, but if the House bill is any indication, we can be sure whatever finally passes will be good for the rich and the corporations, and bad for the rest of us. Trumpcare could condemn millions of us to suffering and death.

Most Americans who gained coverage under Obamacare got it through the expansion of Medicaid, and the Trumpcare bill would end the Medicaid expansion after 2020 and also cut back the Medicaid program. It would reduce federal spending on Medicaid by a staggering $880 billion across nine years, starting in 2017. If you left Medicaid, even for just over a month, you wouldn’t be allowed to return to it. Medicaid provides health coverage to millions of Americans, including low-income adults, children, pregnant women, the elderly and people with disabilities. Cuts in Medicaid will have a particularly severe impact on the disabled.

It’s estimated the bill would cause 24 million of us to lose our healthcare coverage. And a big chunk of the Medicaid cuts gets handed to the rich—the bill would cut the taxes of high-income people by nearly $600 billion over 10 years!

Older Americans would pay more for insurance and get smaller subsidies. The states could choose not to require insurers to provide a minimum set of health benefits, such as maternity care and emergency services. Those of us with pre-existing conditions could end up paying more than others for coverage. The Trumpcare bill could also increase costs and reduce coverage even for workers who get their health insurance through their jobs.

Why the assault on healthcare? It’s partly because the big private hospital chains and the private health insurers want Obamacare revamped because it’s hurting their profits. It’s also because less and less of our labor is needed in this age of computers and robots, and business doesn’t want to spend money (public or private) on providing healthcare for workers they don’t need. And the Democrats have been as much a part of the assault as the Republicans. When there was the possibility of passing Medicare For All, the Democrats chose not to.

Healthcare is a life or death matter. We have a right to it. The fight for healthcare makes it all the more clear that either the corporations are going to run this country in their interests, or we the people are going to take the country back from the corporations and run it in our interest. The healthcare crisis gives us an opportunity to fight forward. We don’t need to settle for Obamacare. The entire healthcare system should be publicly owned and healthcare should be free and available to everyone.

We can take the first step in that direction by enacting a national single-payer public insurance system: improve Medicare and expand it to cover everyone.

Anger boils over at denial of healthcare

Protesters Gather at Capitol as Republicans Vote to Strip Away Health Care (May 4, 2017)