Cartoonist Atena Farghadani is not new to Iranian regime’s pressure. She was released from prison a little while ago, but now death threats are being issued against her 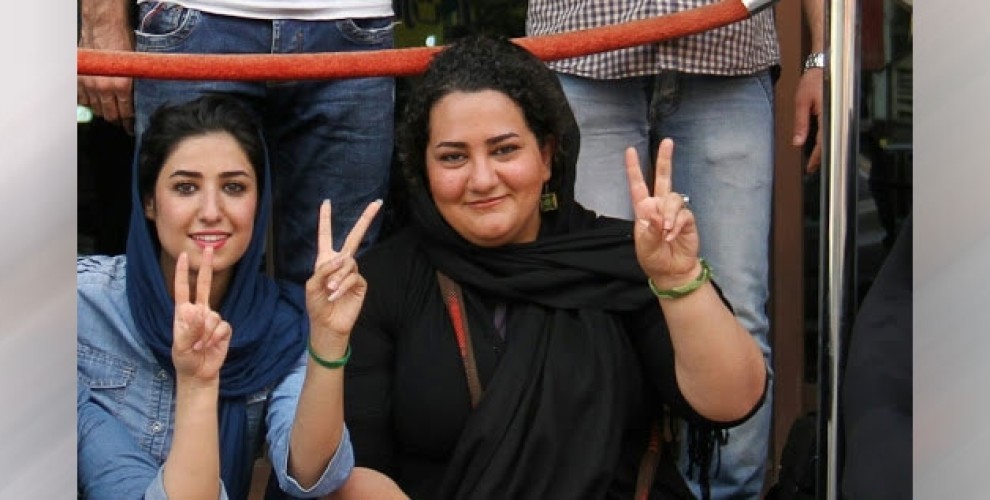 Cartoonist Atena Farghadani is not new to Iranian regime’s pressure. She was released from prison a little while ago, but now death threats are being issued against her. Her colleague Atena Daemi, who is working as an illustrator, carried out a 7 weeks hunger strike and remains in jail.

Both women and artists are defying the system with their cartoons and drawings, not fearing the repression which they know will come.

Drawing cartoons, campaigning in favour of the right to abortion, visiting families of political prisoners… are only some of the «crimes» human rights activist, feminist and cartoonist Atena Farghadanî is accused of.

After she had met with the families of some political prisoners in Iran, she made a cartoon on the issue of political prisoners. Atena’s caricature went viral on social media, and consequently turned her into an easy target. In the cartoon she shows the real relation between the regime and the prisons, portraying leading figures in the regime in ‘animal’ form.

Atena Farghadanî was jailed for two months in the Evin prison and was released last November, on a very high bail.

In December 2014 she had posted on You Tube another of her cartoons, in which she portrayed and criticized the prison conditions in Iran’s Evîn prison. For that cartoon, on 10 January 2015, she was imprisoned.

To protest against her arrest and the bad treatment she was subjected to, Atena went on a hunger strike on 9 February 2015. After suffering «a heart attack and losing consciousness» she was transferred to the hospital for a short time on 26 February. On 3 May 2016 the court of appeal reduced her prison sentence and Atena was finally released.

With her cartoons and caricatures Atena fights and attacks a system that turns into and considers the body of the woman as a mere tool of reproduction.

HOW IS ATENA DAEMI?

Political activist and painter Atena Daemî  is, like Atena  Farghadanî, one of many Kurdish women accused of «committing a serious crime».

The public discovered Atena Daemî for the first time, when she published cartoons portraying forced migration and war. She was little known but soon became quite popular also because of  her activism for the children of Kobanê and Gaza.

Atena Daemî was imprisoned for the first time, because of her political work, in October 2014 and sent to the Evin prison. In March 2015 she was sentenced to 14 years in prison after a hearing that lasted 15 minutes at the Revolution Court of Tehran. In September 2016 the Court of Appeal reduced the sentence to 7 years.

Atena begun a hunger strike on 8 April this year to expose the torture and bad treatment she is subject to. She called the hunger strike off on 31 May.

The family has no contact with Atena and is concerned about the health problems she may face as a result of the hunger strike.