Brigadier General Talal Silo, a spokesman for the Kurdish-led Syrian Democratic Forces (SDF) announced to the world media the fall of the Islamic State’s self-proclaimed capital, on Tuesday, 17 October 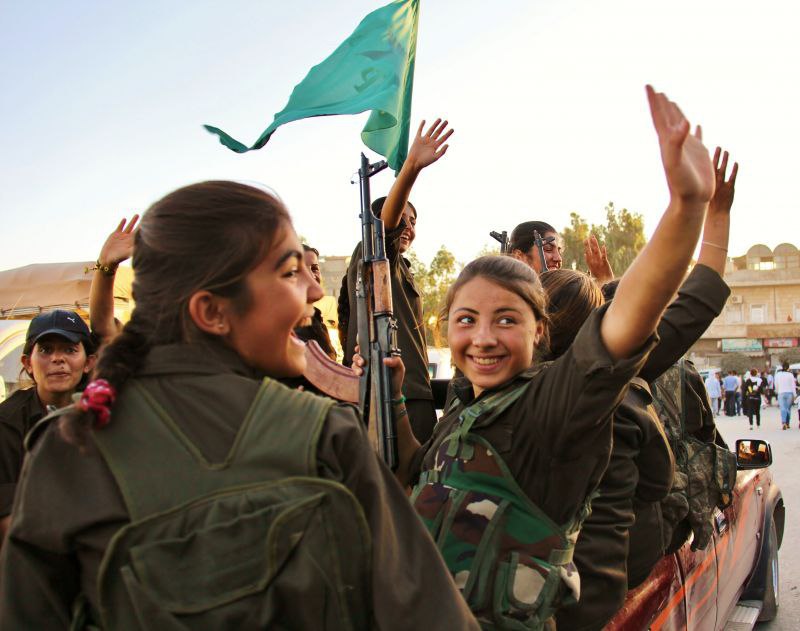 Military operations in Raqqa are over. The city of Raqqa has been captured”. Brigadier General Talal Silo, a spokesman for the Kurdish-led Syrian Democratic Forces (SDF) announced to the world media the fall of the Islamic State’s self-proclaimed capital, on Tuesday, 17 October.

The final battle between Islamic State (IS) fighters holed up in Raqqa city and SDF occurred at a sports stadium—allegedly used by IS to hold a number of civilians captive—in one of the city’s central districts.

As of Tuesday afternoon (Syria time), SDF fighters had begun a clearing operation. They were conducting a final search for any possible IS sleeper cells remaining in the city and clearing landmines from the latest districts seized by the US-backed forces, said Silo.

The Syrian Democratic Forces—a multi-ethnic coalition comprised primarily of Kurdish and Arab fighters—launched the battle for Raqqa city on June 6, as part of the Euphrates Wrath campaign to take control of the Islamic State’s self-proclaimed capital.

SDF forces—with the support of mostly American aircraft and ground forces—steadily advanced from the eastern and western fronts, then proceeded to encircle IS militants inside Raqqa through an advance south of the city.

Once the SDF penetrated the inner districts in early July, they faced a fighting force that had entrenched itself in the provincial capital since the Islamic State captured Raqqa city in 2014.

On Sunday, an estimated 275 Syrian Islamic State fighters and their family members were evacuated from Raqqa to an undisclosed location as part of an agreement coordinated by Arab tribal elders and the Raqqa Civil Council, a local, SDF-affiliated governing body, according to an SDF statement published the same day.

Sunday’s evacuations left only a few hundred, apparently mainly foreign, Islamic State fighters in the city, centered around the National Hospital and the sports arena in the provincial capital’s central districts.

On Monday, the SDF captured «Paradise Square,» Raqqa’s infamous public square where Daesh militants used to perform killings and beheadings, forcing residents to watch after summoning them with loudspeakers.

Difficult to confirm how many peopled died in the battle to liberate Raqqa. An estimated 5,000 to 8,000 civilians still remained in Raqqa as of late September, according to the relief organization REACH. It was not immediately clear how many civilians were in the final IS-held districts of Raqqa city on Tuesday.

Many SDF fighters have also lost their life in their battle to free the people of Raqqa.

Likewise there are tens of thousands of displaced residents, many of them living in other Kurdish-held areas of the province, who can now slowly begin to return to the city in the coming weeks. The UN said last week that about 8,000 people were still trapped in Raqqa, and that almost 270,000 civilians had been displaced since April.

The four-month campaign to topple Raqqa has left the city in ruins—entire neighborhoods flattened, electricity grids offline, water lines demolished and rubble piled in the streets.

IS made Raqqa the headquarters of its self-styled «caliphate», implementing an extreme interpretation of Islamic law and using beheadings, crucifixions and torture to terrorise residents who opposed its rule.

Perhaps the most impacting and emotional pictures are those of the women of Raqqa taking off the hijab imposed on them: under the black dress many wore coloured dresses, a statement that they wouldn’t surrender to brutality.

Raqqa has became home to thousands of jihadists from around the world who heeded a call to migrate there by IS leader Abu Bakr al-Baghdadi.