This 21 February 2018 – On Mother Language Day, PEN International “wishes to highlight the sustained repression of Kurdish culture and language in Turkey 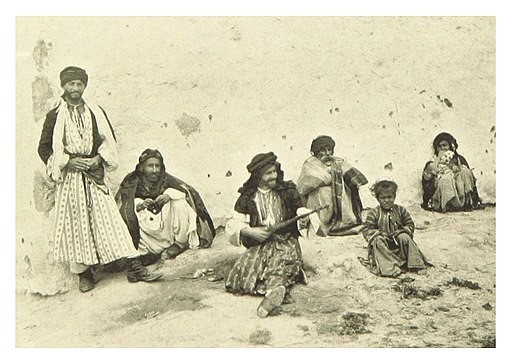 “If I decide to go to Turkey, it will not be on his (President Erdogan’s) invitation, but as frequently before, at the invitation of the many courageous dissidents, including Kurds, who have been under severe attack for many years.” Noam Chomsky (2016)

21 February, 2018 – was ‘Mother Language Day’ – “a worldwide annual observance held on 21 February to promote awareness of linguistic and cultural diversity and promote multilingualism.” The brainchild of UNESCO who launched it on 17 November 1999, the United Nations General Assembly formally recognised it in a resolution establishing 2008 as the International Year of Languages. It has been observed annually since 2000 to promote “peace and multilingualism around the world and to protect all mother languages“. The date commemorates the students killed in Dhaka during the 1952 Bengali Language Movement in Bangladesh (21 February is also celebrated as Language Movement Day or Shohid Dibosh [Martyrs’ Day],  a major national holiday in Bangladesh).

“Languages are the most powerful instruments of preserving and developing our tangible and intangible heritage. All moves to promote the dissemination of mother tongues will serve not only to encourage linguistic diversity and multilingual education but also to develop fuller awareness of linguistic and cultural traditions throughout the world and to inspire solidarity based on understanding, tolerance and dialogue.” — From the United Nations International Mother Language Day microsite

This 21 February 2018 – On Mother Language Day, PEN International “wishes to highlight the sustained repression of Kurdish culture and language in Turkey, the impact of which is becoming ever more harrowing.”

PEN International is an association of writers, founded in London in 1921 “to promote friendship and intellectual co-operation among writers everywhere.”

Its other goals include: “to emphasise the role of literature in the development of mutual understanding and world culture; to fight for freedom of expression; and to act as a powerful voice on behalf of writers harassed, imprisoned and sometimes killed for their views.”

The PEN CHARTER states: “PEN declares for a free press and opposes arbitrary censorship in time of peace. It believes that the necessary advance of the world toward a more highly organized political and economic order renders a free criticism of governments, administrations, and institutions imperative. And since freedom implies voluntary restraint, members pledge themselves to oppose such evils of a free press as mendacious publication, deliberate falsehood, and distortion of facts for political and personal ends.”

This year PEN International has chosen to support the right of Kurdish people to use and promote their own language and culture. Not a bad time to pick, with one-of-the-main (though not-the-only) oppressors of the Kurdish language and its people, Turkey, currently a number of kilometres in mud and blood across the Syrian border into Afrin in a violent operation to allegedly ethnic-cleanse these Kurdish people from their own country, region, villages and towns.

“Kurdish and pro-Kurdish journalists and media outlets have been among the principal victims of the crackdown on free speech that followed the attempted coup of July 2016. Most pro-Kurdish and Kurdish-language media outlets have now been closed down. Since 1 January 2017, pursuant to a decision by the Turkish Press and Advertisement Council, ‘all font and text except advertisement on any print press must be in Turkish’.

At least 50 journalists of Kurdish or pro-Kurdish outlets languish in prison. In a prominent example reporter and editor Nedim Türfent, who was covering clashes between the Turkish army and the PKK, was arrested and charged with ‘membership of a terrorist organisation’ and ‘making terrorist propaganda’ on account of his reporting and social media posts.”

Nedim Türfent was found guilty and sentenced to 8 years and 9 months’ in prison in December 2017.

“In another example, in March 2017 journalist, painter and poet Zehra Doğan was convicted of ‘propagandising for a terrorist organisation’ for her work as a painter and journalist. She is currently serving a sentence of 2 years, 9 months and 22 days. The criminal charges against her relate to a painting; in which she recreated a photograph by the Turkish military taken during the five-month curfew imposed on the town Nusaybin, a newspaper article in which she reported on the fighting between the Turkish army and the PKK in Nusaybin, and her social media activity.”

The Turkish republic was founded in 1923, PEN goes on to tell us, and since that time:

“…the country’s large Kurdish minority has often been banned from expressing its culture or from speaking the Kurdish language. Towards the end of the previous decade, President Erdogan loosened some of these restrictions, but the repression of the Kurdish population has come back in full force since the breakdown of the peace process between the Turkish authorities and the Kurdistan Workers’ Party (PKK) in July 2015.”

Not just expressing your own identity through language or culture in Turkey involves risks, now we are aware that expressing any disagreement with the increasingly dictatorial regime of President Recep Tayyip Erdoğan and his ruling AKP administration carries the threat of imprisonment.

“Meanwhile, the Turkish authorities have taken to persecuting those who call for peace. For instance, criminal proceedings have been instituted against Academics for Peace, a diverse group who signed a declaration calling for peace in Turkey’s south-east in January 2016, and who are facing terrorism-related charges as a consequence. Recently, after the central council of the Turkish Medical Association issued a short statement to express its opposition to the on-going military operations by the Turkish army in a Kurdish-majority area in northern Syria, senior council members were arrested and accused of propagandising for terrorist organisations.”

Another example comes from an interview the BBC did in April, 2017 with 82-year-old Oget Oktem Tanor, Turkey’s first neuropsychologist and an emeritus professor of Istanbul University. After signing the petition in January 2016 along with the other 1,128 academics from different disciplines calling on the Turkish government to seek a peaceful resolution to the violent conflict in the Kurdish-populated areas of the country, she was charged with “terrorism propaganda” by the Turkish government. “She was also threatened with the loss of her pension. She is not permitted to travel abroad, and no longer has the rights she once did as a civil servant.”

“She along with many other right minded individuals and academics ‘fell foul of authorities after signing a petition calling on the government to cease its military operations in Kurdish areas of the country.'”

The Stockholm Center for Freedom that tracks cases of prosecutions of Turkish journalists recently announced Turkey has 245 journalists locked up behind bars as of January 24, 2018. An additional 140 journalists face outstanding arrest warrants.

See the names behind the figures:

In February 2018, The Stockholm Center for Freedom also highlighted the case of a group of students at Dicle University in Diyarbakir province (south east Turkey – Northern Kurdistan) currently facing sentences ranging from 7 to 28 years having been arrested on “terrorism” charges while celebrating Newruz, the Kurdish New Year festival:

“One of the students, identified in the indictment as Suat Mustafa Ş., has been accused of “making terrorist propaganda” for whistling a Kurdish song during the Nevruz rally, according to T24’s report.

‘As I was passing the scene of the incident, a person wearing civilian clothes approached me, told me he were from the police, took me by the arm and told me to come with him. I asked to see identification but wasn’t shown any,’ said the student. ‘Then four or five police officers came to take me away. I wasn’t whistling any (PKK) song provocatively in any police officers’ faces. I was whistling a song by a Kurdish artist.’ A video reportedly taken at the scene appears to corroborate this version of events.”

PEN, in their recent indictment of Turkey, asks you to Take Action:

Where would you write?

PEN also encourages you to generate publicity & use social media:

Time for the world to stand up for the social, political, economic and cultural rights of the Kurdish people as well as other minorities currently facing the power of those that would deny their identity as well as their right to shape their own history and their destiny.

International Mother Language Day originated as the international recognition of Language Movement Day, which has been commemorated in Bangladesh (formerly East Pakistan) since 1952, when a number of students including the students of the University of Dhaka were killed by the Pakistani police in Dhaka during Bengali Language Movement protests.