Joint Statement of the International Campaign in Defense of #Afrin 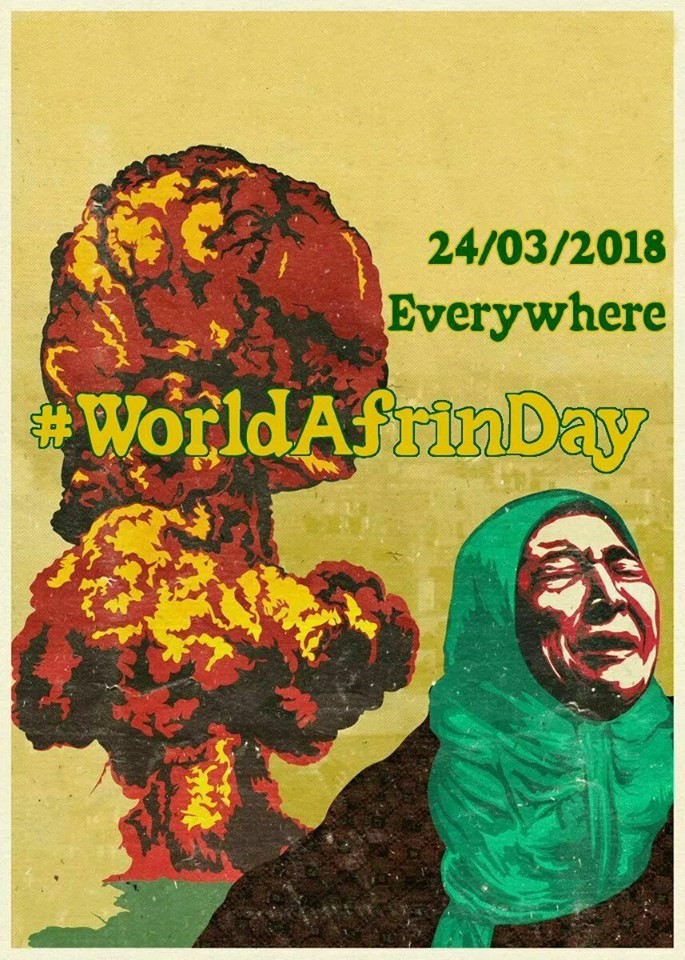 Joint Statement of the International Campaign in Defense of #Afrin

“The criminal assault on Afrin constitutes a new phase in the Turkish state’s war on the Kurdish people. This invasion and genocidal attack has been carried out in front of the eyes of humanity. This assault would not be possible without the complicity of the major powers. The heroic resistance of the Kurds in the struggle for Kobane triggered the breakdown of the peace process and a spill-over of the war in Syria into the Kurdish region of Turkey. The past two years have witnessed human rights atrocities in the Kurdish region of Turkey, with thousands of deaths and hundreds of thousands displaced.

We call for the immediate implementation of a ceasefire in Afrin and in all of Syria, as requested by the UN Security Council; the immediate withdrawal of the Turkish army, whose presence in Afrin constitutes a flagrant violation of international law; and the full, inclusive participation of Syrian Kurds and their organisations in the UN-led peace process for a political solution to the Syrian conflict.

Stop the genocide and ethnic cleansing by the Turkish Army in Afrin!

Let us take the first action and rally in defense of Afrin on 24 March 2018 all over the world!”

The signatories of the campaign are: