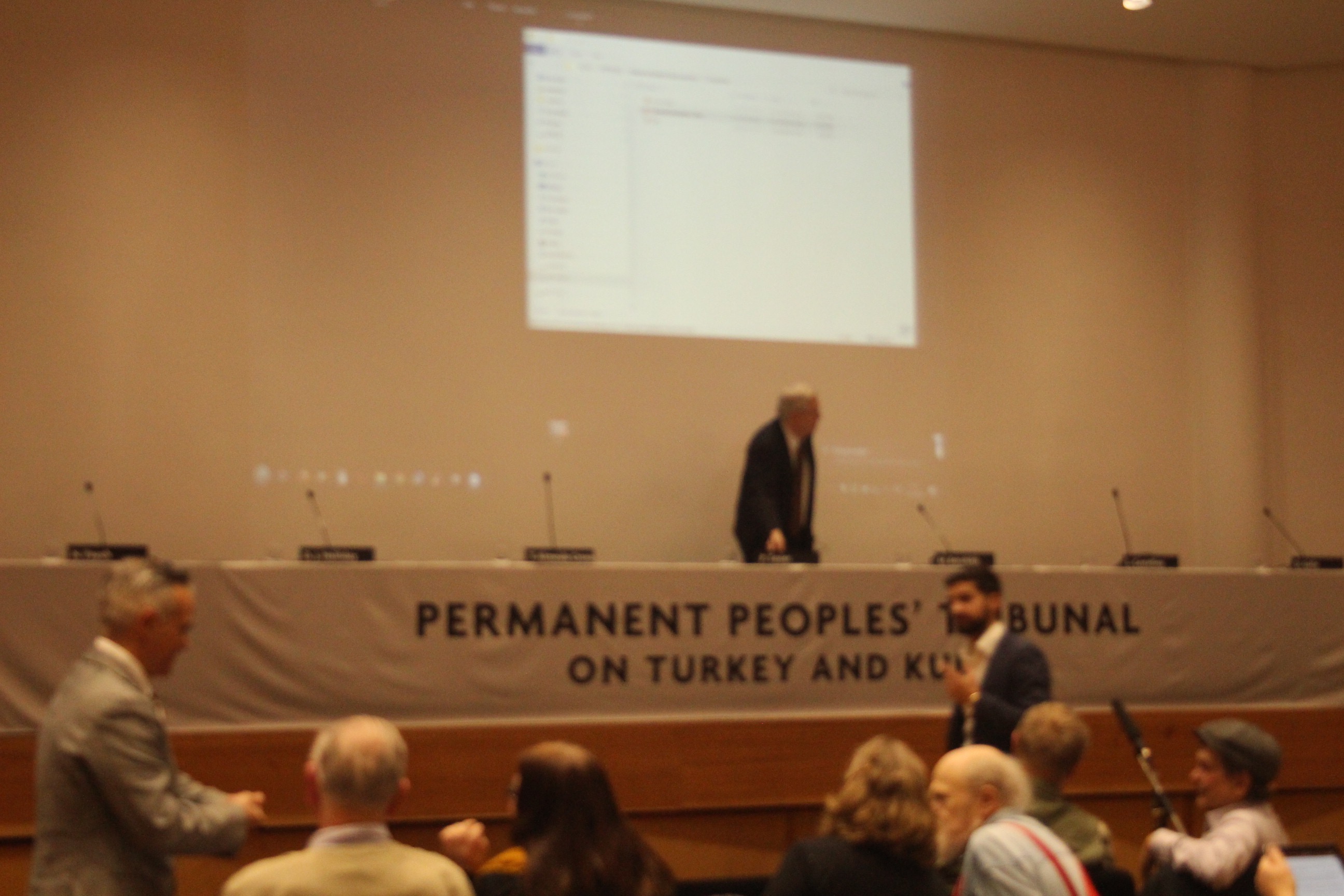 Ms Teresa Almeida Cravo was one of the judges at the Permanent People’s Tribunal Session on Turkey and the Kurds held in Paris March 16-17.

She is a researcher at the Centre for Social Studies and Humanitarian Studies, Migration and Studies for Peace and Assistant Professor of International Relations at the Faculty of Economics of the University of Coimbra.
The interview was carried out on the last day of the Tribunal, 16 March. The sentence is expected to be announced in May to coincide with a session of the European Parliament in Brussels.

you can watch the video

A panel of judges has examined an indictment served upon the Turkish State and some of its officials. Turkey has been criticised by respected human rights organisations, governments, international bodies for violations of the right to freedom of expression, freedom of organisation etc. These violations have been extensively documented and some of them also submitted to the European Court of Human Rights.