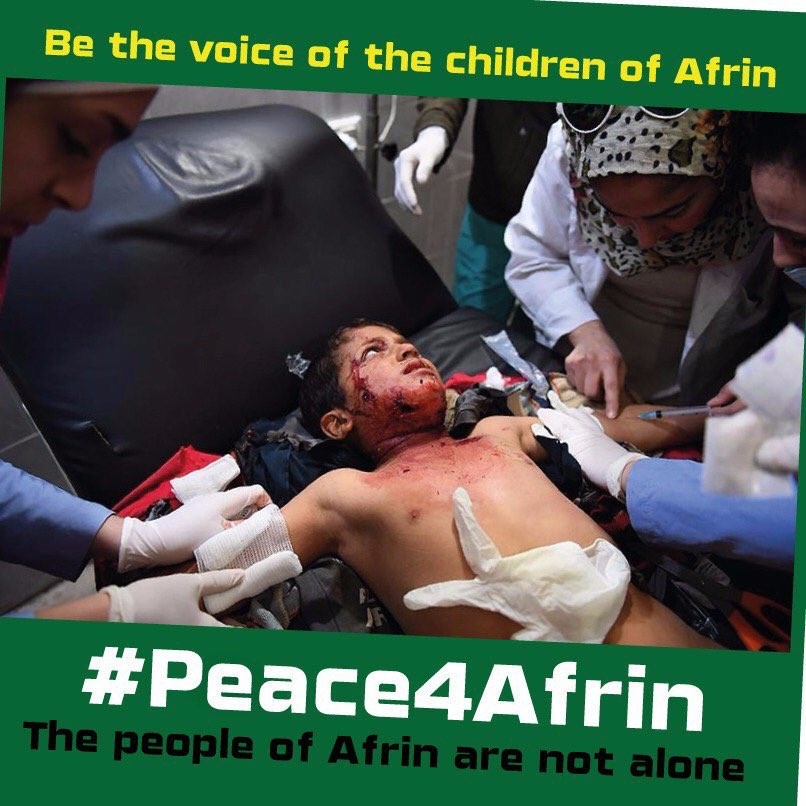 The Autonomous Administration of Afrin Canton

“For the past 51 days, the fascist Turkish state is carrying out attacks against the civilian population in Afrin from air and ground. Hundreds of civilians including children and women have been massacred as a result of these attacks.

In addition to the armed attacks, the invading Turkish army is also targeting drinking water supplies, schools and houses directly. Hundreds of people have been displaced by these attacks so far.

With these fascist attacks, the Turkish state seeks to displace the local people from their lands where they have been living for thousands of years.

The silence of public opinion is the only reason for the current situation in Afrin.

On this basis, we, as the Autonomous Administration of Afrin Canton, are alerting the United Nations, Security Council and the international community, and urge them to break their silence on these attacks.

We call upon the United Nations and Security Council, and related organizations of law to make the attacks on Afrin Canton stop in response to the barbarity and atrocity of Erdoğan.”

The Democratic Federation of Northern Syria.