Letter of the Revolutionary Abolitionist Movement about the Afrin Resistance 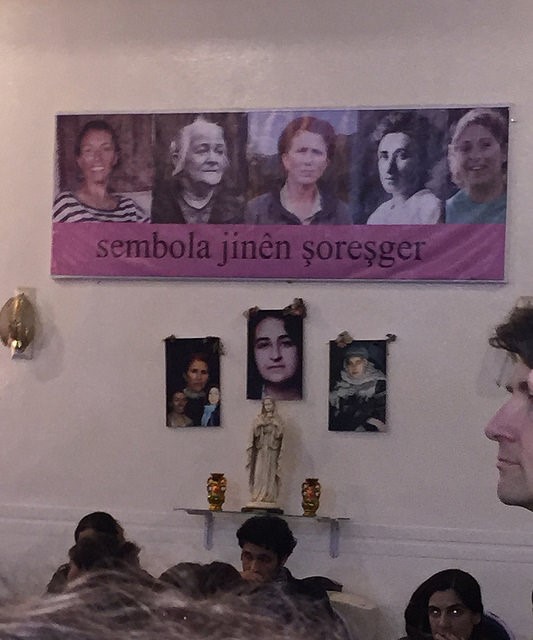 RAM is positioned in the United States as a political organization dedicated to fighting against the continued enslavement of black people, and against the state and capitalism. The organization regards the Rojava Revolution, and the Kurdish freedom struggle in general, as a major influence. The democratic confederalist project has presented a new revolutionary paradigm based on council organization, defense, and feminism that is at the core of the RAM project itself. In addition, we recognize the importance of the guerrilla resistance that made it possible.

In a world enveloped in darkness, Rojava exists as a living model of and for revolution, of and for dignity – a place permeated with the blood of thousands of revolutionary martyrs where areas of freedom are being genuinely established. It is amidst this reality that Afrin is now occupied by the fascist Turkish state. We’ve watched as anarchist revolutionaries like Haukur Hilmarsson, Şevger Ara Makhno, and Anna Campbell fell. We mourned Nurhak Cem, Avesta Khabur, Kendal Breizh, Polat Afrin and the countless other revolutionary martyrs.

RAM collectives around the US heeded the call to action by the Internationalist Commune. Our groups took part by organizing demonstrations, taking direct action, making solidarity videos, and coordinating with local support groups. With heavy hearts we took to the streets to make our presence felt.

The Kurdish struggle originally found a home in the Bekaa Valley, which became a fertile ground for multiple liberation movements and the revolution in Rojava now carries that role. There is enormous precedent for international solidarity such as in the Spanish Revolution or the Zapatista movement. Nascent revolutionary groups not only have a lot to learn from Rojava’s trajectory, but also the direct possibility to connect with, participate in and grow out of this region.

The scope of the Rojava Revolution is immense compared to others historically, and in a location where world powers virulently compete for influence and domination. Unfortunately, the occupation of Afrin and the precarious nature of the Rojava Revolution has revealed an undeniable truth. International revolutionary movements are not positioned well enough to be able to adequately spread and support the revolution.

The continuation of the Rojava Revolution depends on the development of revolutionary movements abroad and their capacity. Internationals must take up this call beyond individuals going to participate. Groups must commit to longterm development in the region, to bringing revolutionary development home, and building up their forces around the world so that we can make a significant impact when revolutionary gains are threatened by reactionary forces, as in Afrin.

While the questions and suggestions about how to proceed are immense, it is useful to reflect on where organization in the US stands now and what could contribute to our growth. Currently, many movements in the US respond to crises and calls for action but are not in the process of building successful militant organizations capable of long term objectives. RAM is establishing chapters committed to developing a political base, with black liberation, and prisoner struggle at their core. We feel that revolutionaries must develop long term projects, deeply rooted in local communities to get more people involved in our political bodies, similarly to how the Kurdish freedom struggle built up liberatory bodies in Southeastern Turkey. While becoming a viable political alternative, revolutionaries would also overcome the self-abstraction and isolation that prevents them gaining a foothold in society. Secondly, many militant actions are done in response to crises, and rather than effecting real world events, and remain part of the theater of activism. Instead, the development of the forces in the Bekaa Valley should serve as an example for the types of preparation militant groups should pursue. If these things are done earnestly, then our revolutionary capacity will increase at home, meaning so will our efforts to assist more advanced revolutionary movements.

As we in RAM steadily constitute ourselves as a political force, we encourage others to join us and commit to a longterm struggle that will give us the capacity to realize revolutionary outcomes at home and in Rojava. As an organization, we hold Rojava close to our hearts. As we mourn for those who have fought for it and applaud the courageous actions of the guerrilla forces against the Turkish occupation in Afrin, we evaluate our solidarity in terms of our ability to forge our struggles as one.

Published in: Internationalist Commune of Rojava 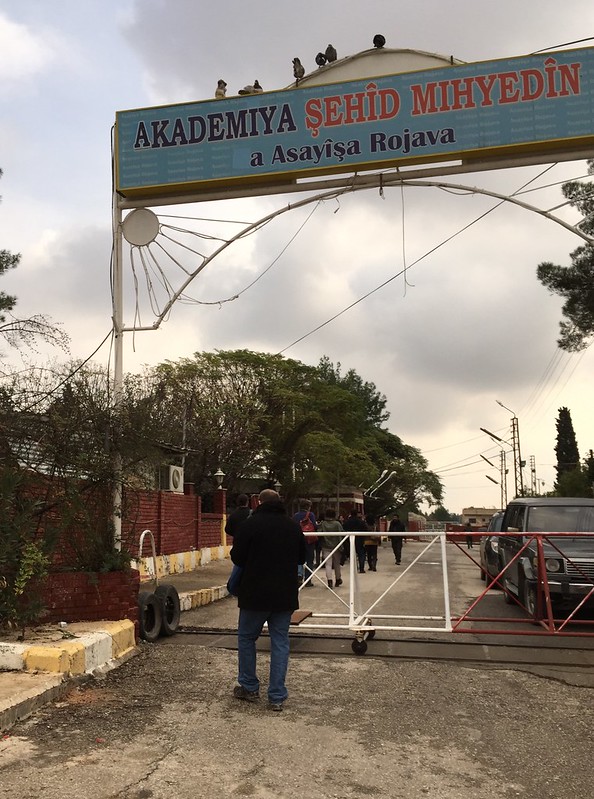