Iran Human Rights warns that the execution of the Kurdish political prisoner, Ramin Hossein Panahi, may be carried out in the next few days 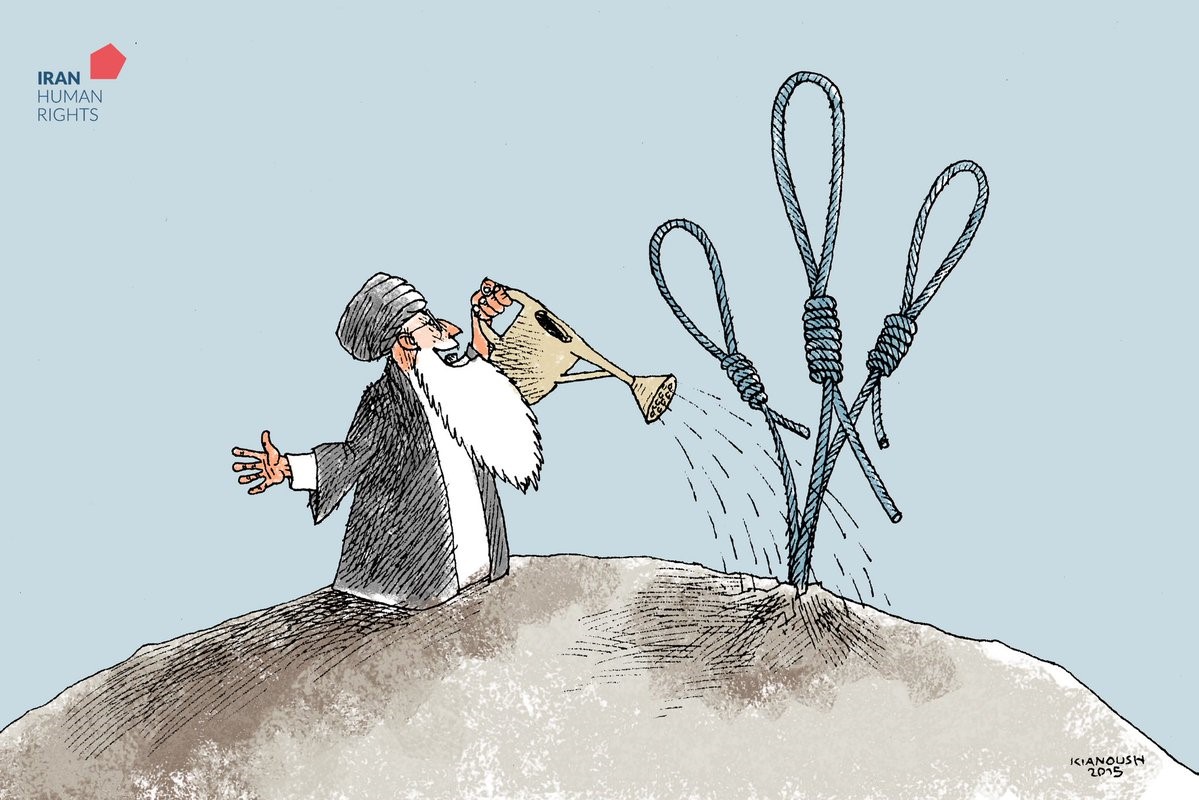 Since Ramadan ended on Friday 15th June, the family of Ramin Hossein Panahi, the Kurdish activist, have been waiting for news of his execution… Now over a week later the Iranian Human Rights Organisation (IHR) has just issued a warning that they fear that the execution will now be carried out in the coming days.

“Iran Human Rights warns that the execution of the Kurdish political prisoner, Ramin Hossein Panahi, may be carried out in the next few days. IHR asks the judicial authorities of the Islamic Republic of Iran to stop the execution immediately and overturn this inhumane verdict.” (Iran Human Rights)

Ramin Hossein Panahi, was arrested in June 2017 in Sanandaj, the capital of Kurdistan Province in Iran while visiting his family and charged with being a member of the Kurdish opposition party Komala. His trial was held on January 15, 2017. One hour after it started he was sentenced to death for “rebellion against the regime, acting against the national security, and being a member of Komala Party of Iranian Kurdistan.”

Despite the recent upsurge in the campaign by Panahi’s family and international human rights organizations to stop the execution…there has been no sign of the Ali Khamenei regime relenting.

Both Amnesty International and the United Nations Special Rapporteur on extrajudicial, summary or arbitrary executions Agnes Callamard have appealed for the sentence to be annulled based on allegations of torture and an unfair trail.

So far without success.

Now with no response from the Iranian authorities, other than the recent attempt to remove the prisoner to solitary confinement (along with the presence of extra military personnel on the streets of Sanandaj) and the recent (June 19th) harassment of Ramin Panahi’s 80 year old father:

“Amjad Hosseinpanahi, a human rights activist and Ramin’s brother…said, ‘yesterday, June 19th, 2018, three Intelligence Ministry’s troopers took my father to an unknown place for the last visit with my brother…my eighty-year-old father was threatened and forced to lie against his son while they filmed the scene.”

“According to a close source, during the last few days and after Ramadan (during which the process of executions is traditionally stopped), concern over the execution of Ramin Hossein Panahi has significantly increased.

Moreover, last month, Agnès Callamard, the Special Rapporteur on extrajudicial executions at the United Nations, expressed her regret at the rejection of Ramin Hossein Panahi’s appeal, Iranian authorities’ refusal to hold a fair trial, and Iran’s intent to execute him. Callamard also expressed her concern about Ramin Hossein Panahi being denied of the right to have a lawyer and a fair trial and also being tortured.

In a video, a copy of which was made available to IHR, Mohammad Hossein Panahi, Ramin’s father, stated that security agents recorded a video of him making him talk against his son.

Iran Human Rights warns that Ramin Hossein Panahi’s execution may be carried out in the next few days.

Ramin Hossein Panahi was shot and arrested by the agents of the Revolutionary Guard on Friday, June 23, 2017. The IRGC agents claimed that he was armed, but Ramin’s family claim otherwise.”

The hours are passing. And once again, one week later, all we can do is call out:

“We also, with a commitment to fundamental human rights: We want to officially and seriously ask you to stop Ramin’s execution…

…before it is too late.”

From: (“fair use”) Iran Human Rights